Shakou Restaurants have been creating the “Shakou vibe” since the opening of the original location in Libertyville five years ago. During this time, Libertyville (as well as their other four locations) have become the “go-to” destinations for a myriad of events in the suburbs of Chicago.

When customers are choosing the ideal location for their special event, the elegant yet adaptable floorplans, diverse menu that offers something for everyone, and dedicated staff are what set Shakou Restaurants apart from other venues. In addition to hosting private events for customers, Shakou also makes giving back a top priority with local charity partners through their Shakou Cares program. Since April marked both the five-year anniversary for the Libertyville location as well as Autism Awareness Month, it was a perfect opportunity for the Shakou family to give back to Generation Rescue—a charity headed by Chicago’s own Jenny McCarthy, which focuses on helping families affected by autism. 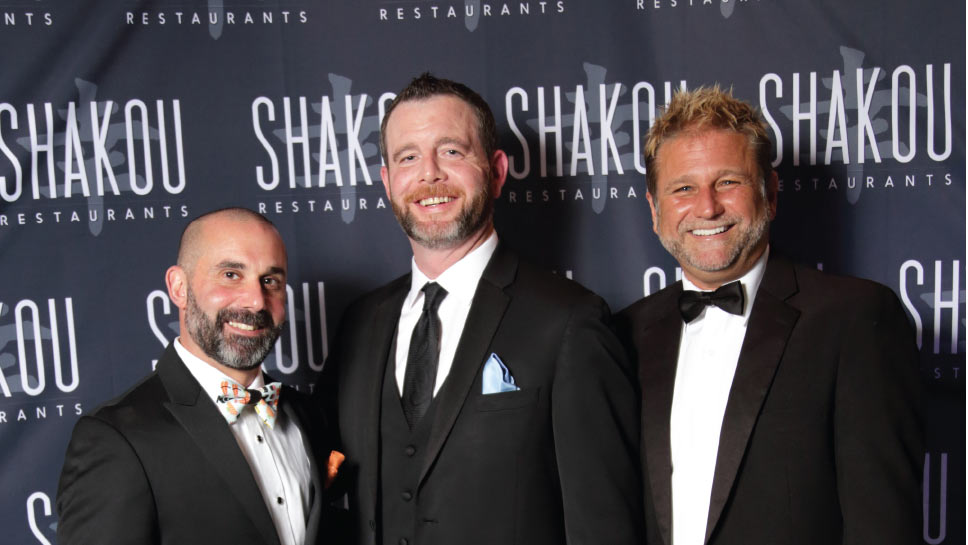 Shakou has been serving as the perfect setting for special events since its original location opened in Libertyville five years ago.

“The five-year anniversary gala was a huge success because of the support of our customer base throughout all five locations. It’s a great feeling when you can bring groups of people together to celebrate a milestone as well as support an organization such as Generation Rescue. We feel very fortunate to have the relationships we do with people like Donnie and Jenny,” says Co-Owner Ed Hartigan.

Co-Owner Adam Garvanian mirrored Hartigan’s comments when speaking about baseball great Frank Thomas and his wife Megan, who were also in attendance for the gala. “They have always been incredible supporters of the Shakou family. It meant so much to me to be able to celebrate this day with both of them after all of the support they have given us over the years.”

Founder and Co-Owner Aleks Dupor, says: “The attendees of our five-year anniversary celebration were from all of the communities we serve who have supported us from day one and remain a crucial part of our success. We look forward to having these milestones at all our locations, as well as future ones. We wish to thank all of our customers and staff for their continued support; without them, we wouldn’t be here today.”

Dupor, who heads up the design and buildout of each new location, also says that his goal when creating these locations is to maintain the Shakou (which means “social life”) atmosphere but make each location distinct in its own way to ensure that there are options for everyone when they are choosing the “perfect” spot for their next event.