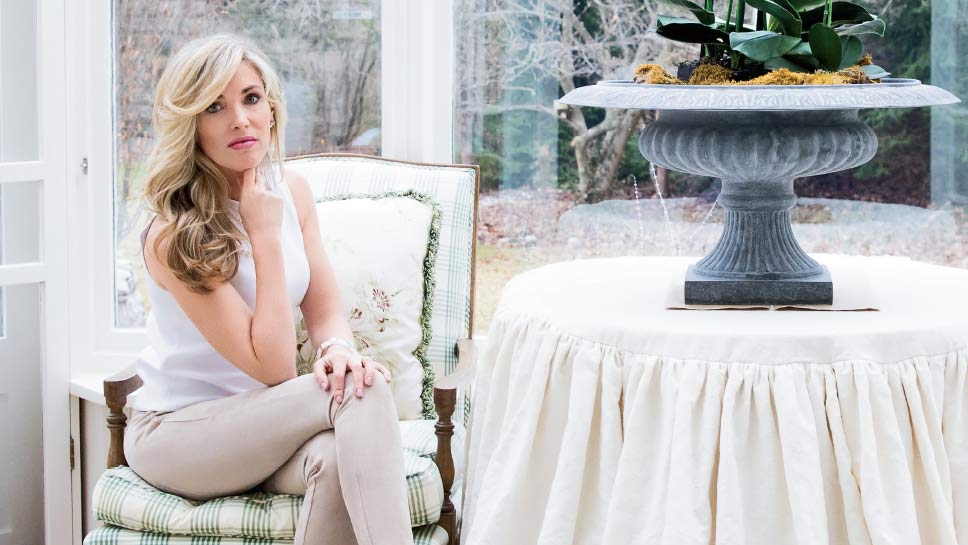 After a terrible health scare, Amy Richer emphasizes the importance of listening to your body, advocating for yourself, and being surrounded by close family and friends. PHOTOGRAPHY BY ROBIN SUBAR

Lake Bluff’s Amy Richer just didn’t feel well. She began losing weight, her energy was low, and according to her youngest daughter—her coloring was off.

“I knew something wasn’t right,” says Richer, “but if you go to a doctor and tell them that you’re tired and don’t have an appetite, there isn’t much they can do.”

So after seeing a number of doctors—some of whom told her she should feel lucky to be losing weight without any effort—she began to scour the internet for answers.

“I stumbled across an article that talked about how changes in your skin can actually be an indicator for something else that’s going on in your body,” she says. “Knowing that, I made an appointment with my dermatologist.”

Richer has always been diligent about taking care of her skin. As a blonde with a very fair complexion, visiting her Lake Forest dermatologist Dr. Mark Berk for skin checks was part of her regular wellness routine. She was particularly anxious to see him after discovering a tiny, flesh-colored bump on the top of her scalp. 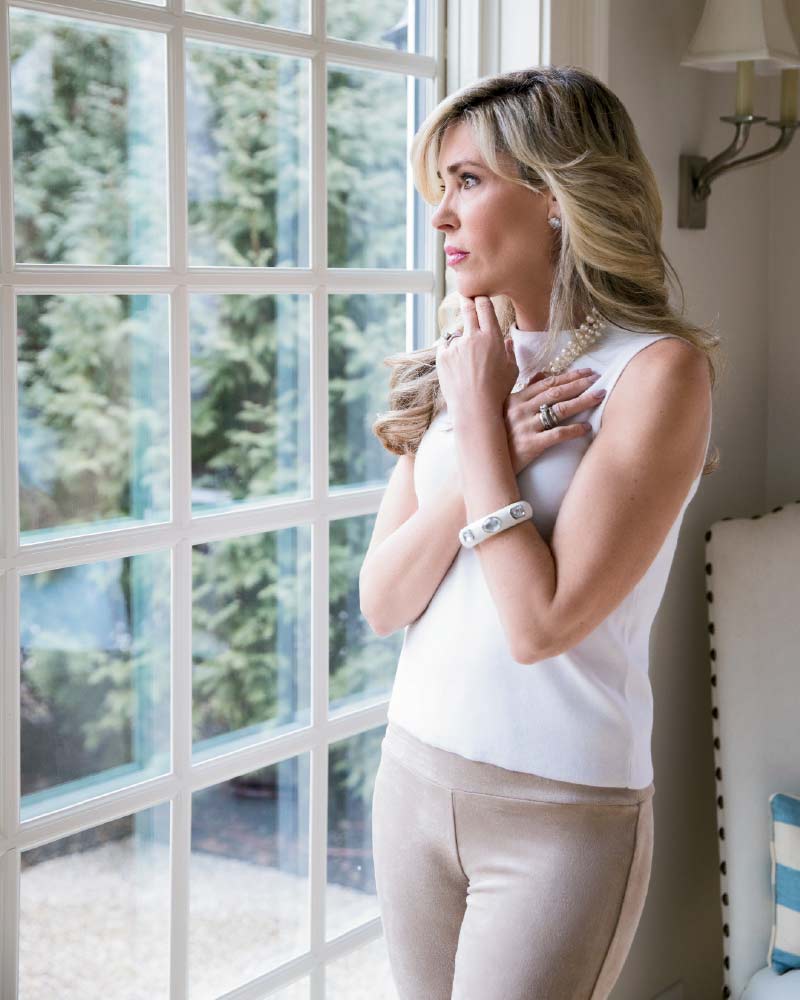 “It was hard for me to make sense of all of this.”

“Dr. Berk’s office was the first one to seem concerned about the bump on my head combined with my sudden weight loss,” Richer recalls of her meeting with them last fall. “Dr. Berk didn’t waste any time getting a biopsy.”

The results turned Richer’s life upside down. She had melanoma.

“Dr. Berk’s office was extremely concerned and told me they needed to see me right away. They suggested I contact a melanoma surgeon and an oncologist. It was hard for me to make sense of all of this,” she says.

What Richer didn’t know was how pervasive melanoma diagnoses have become. In the last 10 years, the number of melanoma cases discovered in people ages 20 to 50 has increased by 50 percent.

“Before Dr. Berk sent me to the specialists, he took another look at my skin and discovered a spot on my back. The biopsy came back as basal cell carcinoma. Dr. Berk asked that the surgeon who would remove the bump on my head also remove the spot from my back. This wasn’t standard protocol but Dr. Berk wouldn’t have it any other way. I truly credit him for saving my life.”

Over the next several weeks, a treatment plan came together for Richer working with the specialists from Northwestern Memorial Hospital in Chicago. Because of the nature of skin cancer, pathological analysis is very time consuming, sometimes taking weeks before consensus is met on a diagnosis. Ultimately, in mid-November 2017, in a 12-hour surgical procedure, Richer had an area the size of her palm removed from the top of her head and needed 20 staples, the spot removed from her back requiring 50 stitches, and five sentinel nodes taken from her neck to see if the cancer had metastasized after all. 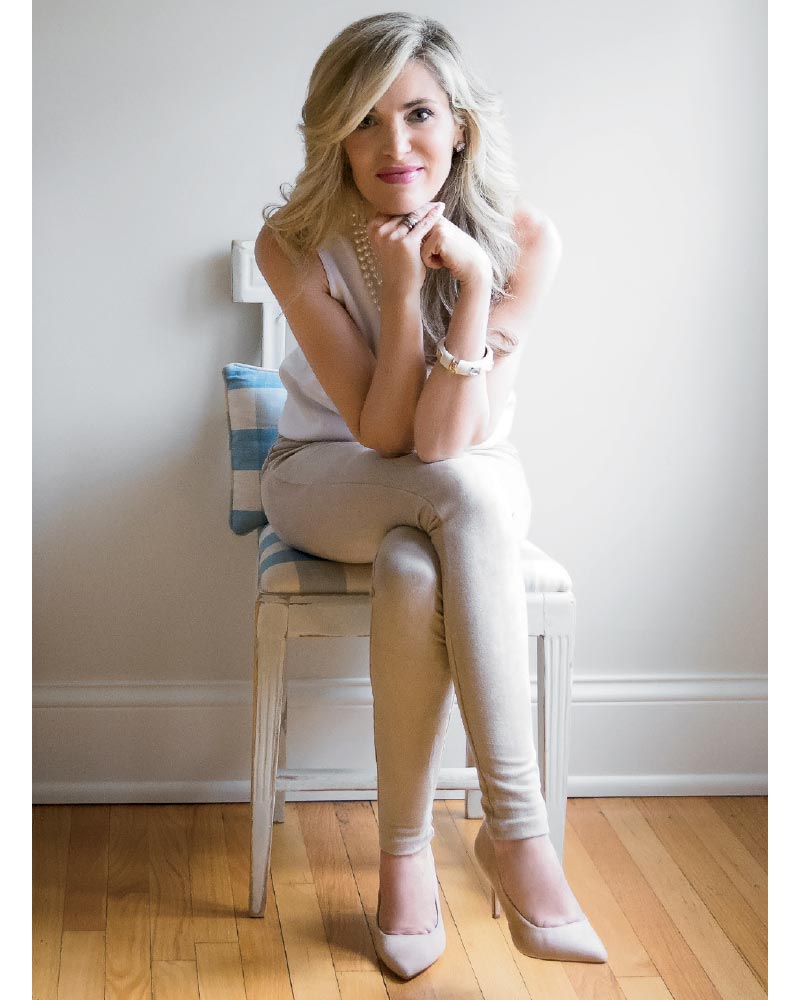 “I felt so blessed,
so fortunate.”

“The surgery was much more invasive than I could have ever imagined,” says Richer. “I don’t think they really tell you how terrible it is going to be because I don’t think anyone would ever do it.”

After the surgery, Richer had to wait another few weeks before finding out whether the cancer had spread or not. “It was the day before Thanksgiving when I got the call that the cancer had not spread,” she says. “I had mentally prepared myself for the worst but when that didn’t happen, you can’t even imagine the gratitude I had. I felt so blessed, so fortunate.”

The recovery for Richer took about six weeks. Within eight weeks of having the spots removed from her head and back, Richer gained 12 pounds.

“Clearly, when I lost all of that weight, my body was fighting something,” Richer explains. “Maybe all of my energy was focused at fighting this illness—who knows. But it’s not lost on me that the minute the spots were gone, my weight went back to normal.”

Richer encourages friends and family to be careful about their exposure to the sun. “I can’t be sure, but there’s part of me that thinks the spot on my head came from just sitting in my car, waiting for my kids in the pick-up line at school, with the sun roof open. Who knows, but it’s something I will be very aware of going forward,” she says, adding that she could never have made it through all of this without the love and support from her family and the community. “My husband had to be in New York the day after my surgery for a meeting he couldn’t miss. But my friends stepped in, helped with my girls, and kept everything going for me.”

As a result of her experience, Richer is launching a Facebook group with a friend “LB/LF Health & Wellness Group,” where the community can share their stories and experiences in their quests to live well.

“I think that it’s so important for us to have a strong community where we’re all healthy,” she says. “Let’s share our resources about supplements, detox programs, meditations, medications—whatever the topic may be. The point of this is to connect everyone in the community on this issue.”

Today, Richer is cancer free with a new appreciation of her health.

“My friends say to me all of the time that if something like this could happen to me—someone who eats well, exercises all of the time, and sees the doctor—it can happen to anyone,” she adds. “It’s really true. If you have your health, you have everything.”