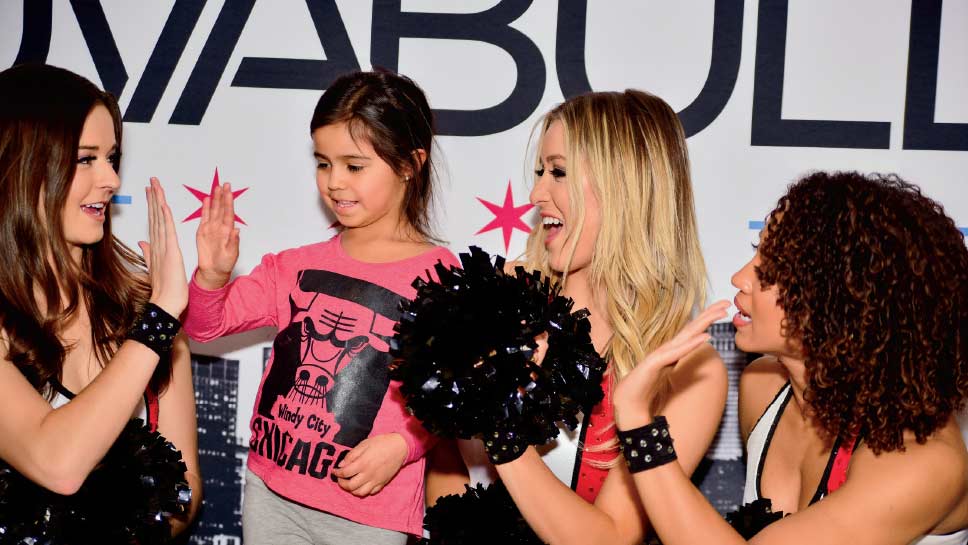 Lake Forest native Simone Stamelos shares the story of her rise from young dance student to a spot on the Luvabulls cheerleading squad.

As a member of the Luvabulls dance team, Lake Forest native Simone Stamelos gets a bird’s eye view of her favorite childhood basketball team.

“The coolest part of this job is dancing for the Chicago Bulls—the team I grew up watching,” says Stamelos. “I could never have predicted this.”

In August 2017, she landed a coveted spot as one of 20 professional cheerleaders who dance center court for Chicago Bulls home games at the United Center. Since then, her feet have barely touched the ground. The 23-year-old is responsible for learning three complex Luvabulls dance routines for each game, in addition to holding down her job as an account executive at UPS.

Luvabulls team members get paid to dance at Bulls games and make special appearances, but the work is considered only part-time. Most Luvabulls juggle their team responsibilities with full-time school or employment. “We all work outside of practice,” Stamelos explains. “You don’t really get days off.”

And since every rookie Luvabulls member on the team must effectively audition for a chance to dance at each Bulls game, Stamelos puts in extra rehearsals during her free time, making sure each new routine is flawless.

“I would say this has probably been the hardest year of my life,” she says. “I’m under pressure a lot, but I’ve learned how to balance my life and plan well.”

Stamelos started honing her multitasking skills nearly two decades ago at the Lake Forest Recreational Center, where she began dancing at age 4. By the time she was in middle school, she balanced a schedule that included schoolwork at Deer Path Middle School with soccer and field hockey games as well as jazz, tap and ballet classes multiple times a week at LoMastro Performing Arts Academy in Lake Forest.

“My parents have always supported my ambition,” says Stamelos, who grew up in Lake Forest with her twin brother, George, and older sister, Cynthia. “They were constantly going to games and dance recitals.” 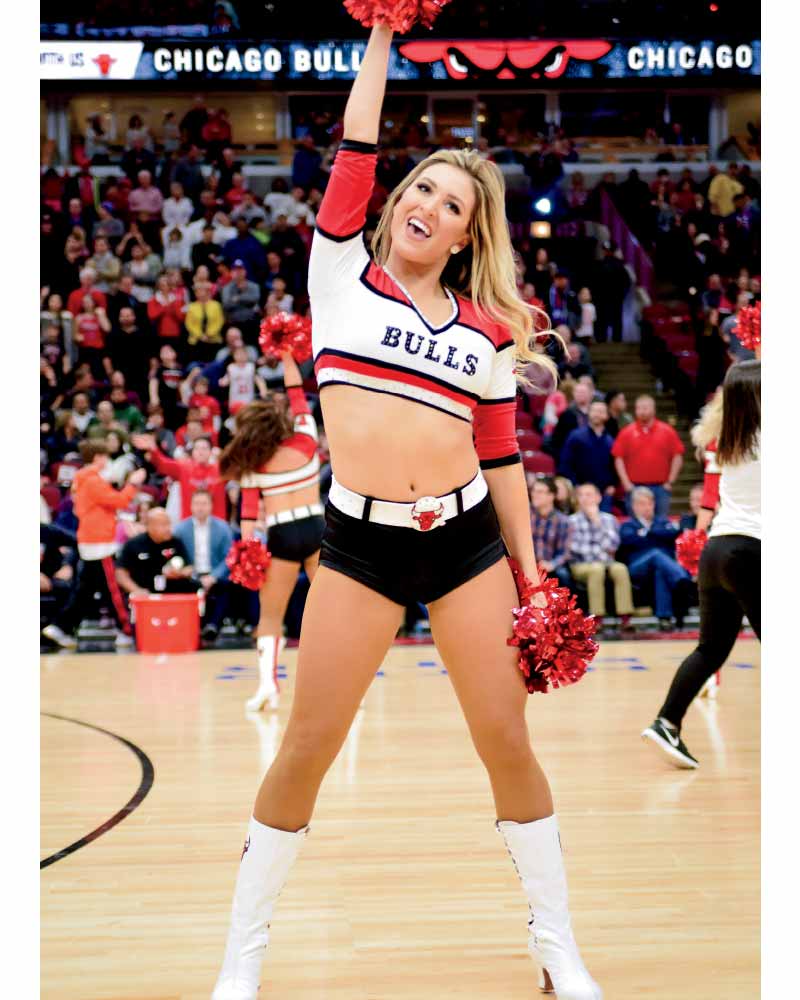 She went on to attend Lake Forest High School, where she performed with the school’s dance team for four years, ascending to the role of captain as a senior, the same year the team took 3rd place at the 2012 National Dance Team Championships in Orlando, Florida.

“The Lake Forest Dance Team is where I learned all my technique,” says Stamelos. “We were really able to build a program over the course of those four years.”

Stamelos credits her former LFHS Dance Team coach, Nikki Lazzaretto, with her success on the Luvabulls. Lazzaretto coached the LFHS team from 2011 to 2017, leading the squad to two national first place titles in 2013 and 2014

“I absolutely adore her,” she adds. “Coach Lazzaretto made my dance career what it is today. I consider her a role model, friend and mentor. She is a leader in my eyes.”

Stamelos stayed on to coach the high school’s junior varsity dance squad the summer before going off to Texas Christian University in Dallas, and she always kept in touch. Even after Stamelos landed a spot with the TCU Showgirls—dancing for the university’s basketball, football, and baseball teams during her freshman and sophomore years—she continued to root for her home team.

Now that Stamelos has hit the big time, routinely dancing for televised games in front of United Center crowds totaling 20,000-plus, she’s had to get used to quelling her pre-game jitters.

“I do get nervous, especially since I don’t find out if I’ve made it on court until two practices before I go on,” she says. “One of the challenges is anticipating what’s next, and what formation I need to be in. You have to improvise.”

Stamelos has danced for 10 Bulls games this season, and she still gets a thrill seeing her Lake Forest friends and family out in the audience during performances.

“Once you’re out there, you just let go and have fun,” she adds. “You realize you’re doing this for the community. It’s the absolute highlight of this job.”