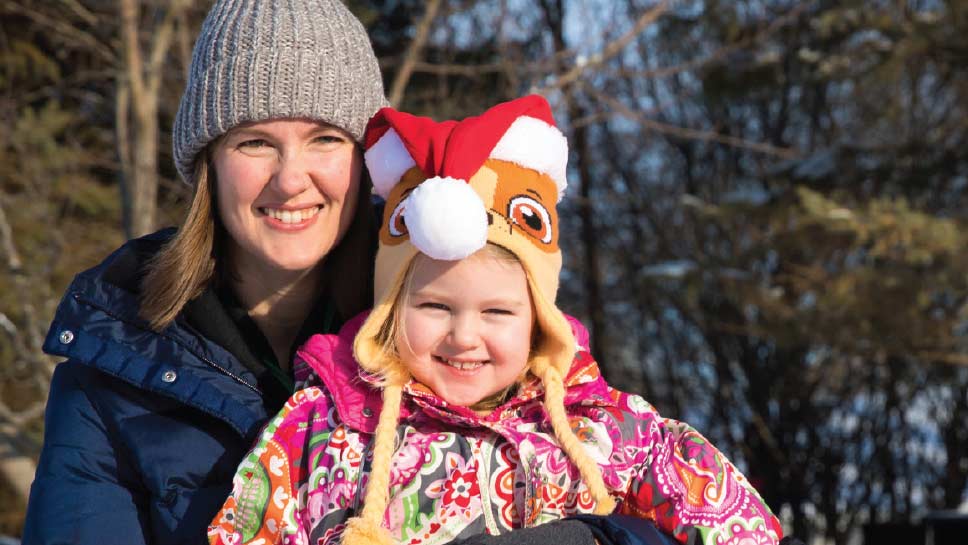 Ten years after launching a curriculum for two-year-olds, Lake Forest Country Day School sees the sweeping benefits of laying a foundation for the love of learning early in life. PHOTOGRAPHY BY ROBIN SUBAR

When Kim Shortsle enrolled her oldest son Hayden in the 1st STEP program at Lake Forest Country Day School (LFCDS) for preschool, she made it clear to the administration that this was just a “stop-off” until the children were old enough for public school. That was 10 years ago.

“I can’t imagine sending my children anywhere else,” says Shortsle who now has three children on LFCDS’s campus. “This school has become part of our family and I’ve seen that their process works. Early on, they teach the children how to be organized, become their own self advocates, and speak publicly with confidence.”

Shortsle was one of the first applicants to LFCDS’s 1st STEP program when they launched it for 2-year-old students in 2008.

“It’s a true testament to an institution when you have an idea for new programming and the administration says to go for it,” says Sara Walsh, Director of Early Childhood who has been with 1st STEP since its inception. “I knew that 2-year-olds were so capable and that there was a real opportunity for us to begin laying that foundation for their love of learning.”

LFCDS builds their curriculum by starting with a portrait of a graduate and then spiraling that down into each of the grade levels. “We don’t want to start at age 2 and hope that the child gets there,” says Walsh. “We really want to make sure that every child gets exactly what they need to succeed.”

Last summer, five of LFCDS’s educators traveled to Yale to learn tools that teachers could use in the classroom to better connect students with their emotions. One tool is a mood meter where there are four quadrants of emotion and each student is asked daily—sometimes more than once—to identify the emotion they are currently feeling.

“Even the little ones are working with the mood meter,” says parent Katie Hutton who has three children at LFCDS. “One day I was in the car and my 3-year-old said she was feeling very yellow—that she was very happy. It was amazing to see my daughter be able to express herself this way.”

According to Walsh, the mood meter has been a game changer throughout the entire campus. “This tool has been instrumental in helping kids have conversations. The more they identify what they’re feeling, the more empathetic they become towards others,” she says. “They’re also learning how they can change their emotions and move themselves from one color zone to another. This has changed the dynamics of a classroom, which changes the experience of the child. We want the best learning environment for all of our students.”

It’s been 10 years since LFCDS launched 1st STEP with a community of administrators and parents behind her. She considers it a gift to see how the students have developed and is reminded daily that LFCDS is truly living their mission in developing students of strong character with a passion for learning.

“I just love it here,” adds Shortsle.“It’s amazing to watch your child just take off and blossom. Our experience here keeps getting better and better.”