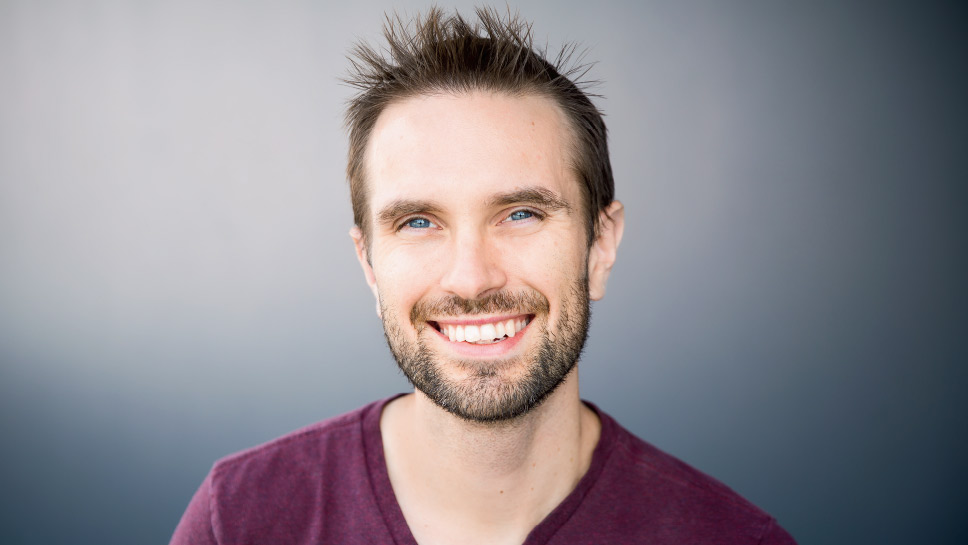 Lake Forest native Karl Stelter is working on his first independent film, The Long Goodbye. We find out how he got the funding and how this plays into a dream he never knew he had.

Everyone famous had a time in their life where they weren’t. Even three guys named Spielberg, Coppola, and Capra had moments where they were just ordinary teenagers, just trying to figure out life. The one thing they all have in common is that at one point or another, they started to dream about making movies.

Right now, 31-year-old Karl Stelter, who grew up with parents Bill and Ellen Stelter in Lake Forest, is one of those dreamers who’s not quite famous yet, but is finally on his way to making that dream a reality.

Like many others, he had no idea what he’d be doing with his life when he graduated from Lake Forest High School in 2004, and even less when he spent four years earning an economics degree at Purdue University. “I didn’t want to go to college, but Mom and Dad said ‘yes you will,’” he recalls, explaining that he spent another 15 months working in the family’s business.

But like other aspiring young filmmakers, he paid attention to the signs, and found his own path. Today, as the proprietor of Karl Stelter Studios in Los Angeles, he’s starting a dream factory. 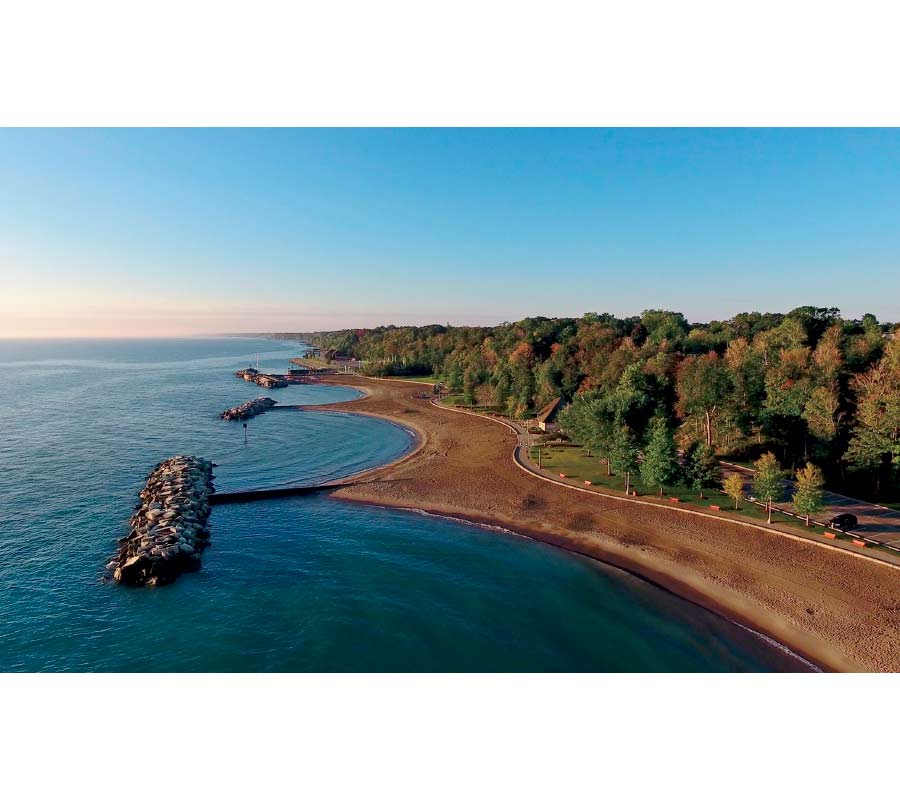 In the industry, Karl Stelter Studios is a “boutique studio” that, in eight years starting from absolute zero, has compiled an amazing resume of commercial film properties and a Hollywood reputation among peers for mixing commerce with personal taste. He’s done everything from wedding videos to corporate profiles and even a film trilogy commissioned by the City of Lake Forest to rebrand its public image.

These were all his building blocks to something bigger—that one big dream—which for Stelter is to make the perfect small independent film that reaches your heart.

The Long Goodbye could be that film.

Over the recent holidays, he launched a crowdsourcing initiative with Seed & Spark to pay for that movie, which was written and will be directed by him. Seed & Spark is a new artistic co-op aimed at being both streaming distributor and crowdsourcing platform for independent film creators. All he needed was $12,000. Between Thanksgiving and Christmas, 86 contributors raised the money and joined his social media support system— shared experiences with grandparents, plus tutorials on how generations can share their memories. 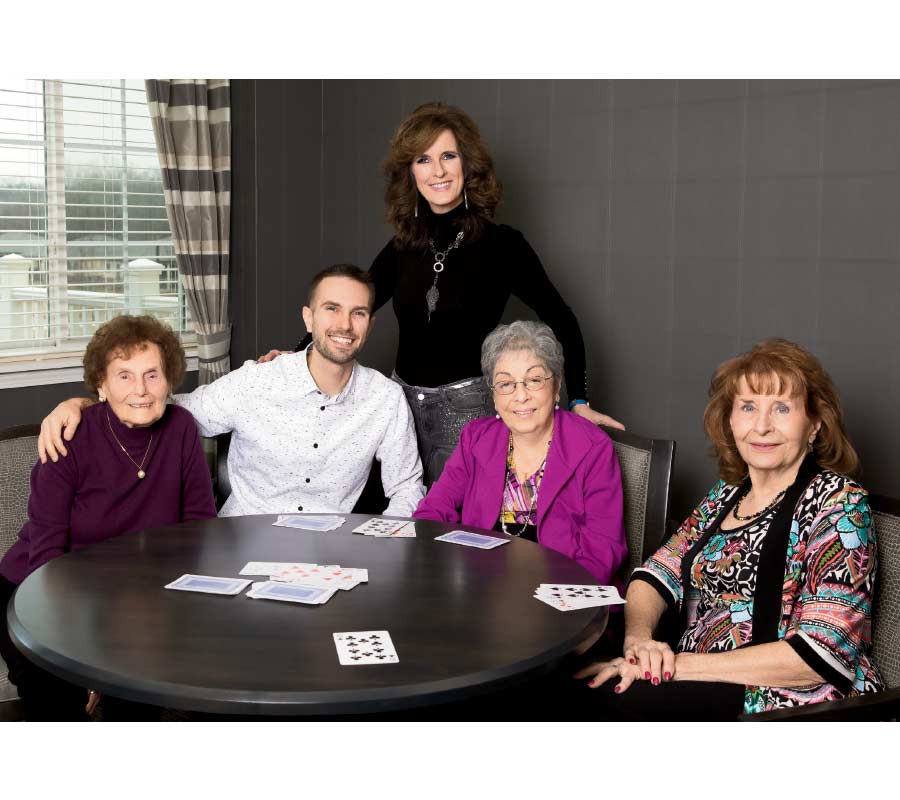 He already had his team in place—freelance editors and visual engineers, and even his own composer to make the movie. As they say in the industry, the movie has officially been “green lit.”

The Long Goodbye title sounds vaguely melancholy, but nothing could be less true. It’s no requiem, but a deeply reflective work praising the meaning of family. His family. Your family. Every family, especially grandparents.

“My grandparents showed me unconditional love my entire life,” he explains. “But it was only recently that I had the wherewithal to expand that relationship from the grandson-centric one developed as a kid to a more mature, talk-about-life one that I have now. It’s one I’m incredibly thankful and lucky to have.”

This revelation figured heavily into The Long Goodbye.

In his official film pitch to investors, Stelter positioned it this way: “Time knocks on our door when we’re children, and we’re too busy playing to answer. It knocks again when we’re young adults, and we’re too busy working to answer. But as the years pass, the knocks grow louder and louder, and we’re given a choice: Ignore time, or embrace it. It is my dream that those who watch this film will be inspired to reach out to a loved one, even if it’s one simple phone call to say hello. That they might look at visiting Grandma as an opportunity to know her as a person, not an obligation to fulfill. That when the time comes to say goodbye, you won’t feel like you’ve missed your chance.”

No car chases, gun battles, or Vin Diesel in this film.

“I was never going to be the guy who made the next Transformers movie,” he says. “I wanted to make movies that touch people’s lives and mean something.”

That sensibility permeates his commercial work. Even Stelter’s business promotional films seem subtly Capra-esque. They all are compiled at his karlstelterstudio.com website and posted on vimeo.com.

The Long Goodbye is the next step though hardly the final step in Stelter’s evolution.

This film career all might be a surprising development for anyone who knew Stelter as a kid. But maybe it shouldn’t be. When he decided to head to Los Angeles, he told his father that the dream of sharing in the family’s business was a great dream; it just wasn’t his dream.

“I would have been the third generation of the company, so I was more than a little nervous to have that conversation,” says Stelter. “But the way Dad embraced my dream as his own literally changed everything. It not only gave me the confidence to go out and pursue a dream, but the love and support to follow it through.”

Armed with nothing but hope, he headed to Hollywood, immersed himself in the film community, and literally taught himself everything about making movies.

“Really, it was just a big vision,” Stelter says. “I lived two years without really having a job and just taking whatever job I could to sustain myself. My goal wasn’t to be a great director. Just to do good work and make enough money to live. And keep trying to tell good stories.”

Now he stands on the threshold of something bigger, although whatever films he makes will be his, and no-one else’s. He mastered the form and the art. But mostly, he had the soul and unique vision for it.

Hollywood is beginning to know him now. It’s giving him a chance.

As Spielberg, Coppola, and Capra learned, sometimes that’s all you need to make a dream come true.