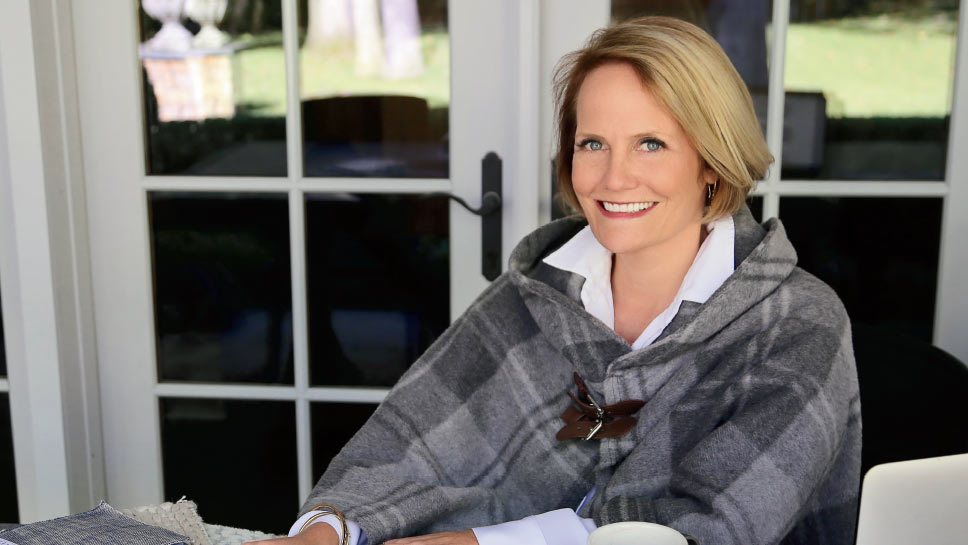 Whether it’s on land, in the air, or by sea, Lake Forest resident Joanne Walgreen grew up with an innate understanding of spaces and what it takes to make them work. She recently sat down with Forest & Bluff magazine to reflect on the influence her iconic family had on her love for creating beautiful interiors. PORTRAIT PHOTOGRAPHY BY KERRI SHERMAN

One day in 1998, a young aspiring interior designer named Joanne Walgreen marched into Holly Hunt’s showroom at the Merchandise Mart in Chicago to ask for a position. She didn’t have an appointment nor did she have an interior design degree. What she did have was hutzpah and a desire burning within—one that she had squelched for far too long.

The truth is that Walgreen had inadvertently been training to be a designer since she was a young girl.

And while Hunt had no idea that the young woman who she overheard talking to the receptionist was the great granddaughter of Charles R. Walgreen Sr.— founder of the Walgreens empire of pharmacies more than a century ago—she admired her spunk. Hunt told the receptionist to send her back, and Joanne Walgreen walked out with a job. 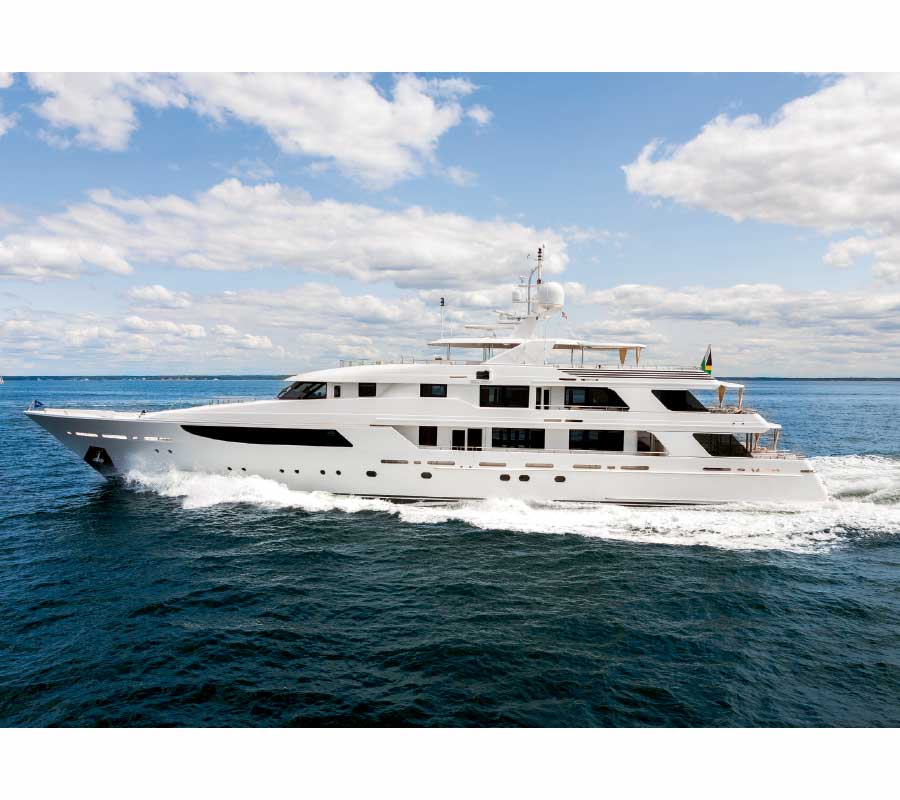 It took a while, and walks down other roads, for Walgreen to find her way to Hunt’s showroom. After high school, she went abroad to school at Springhill College in Venice, Italy, backpacked around Europe, and eventually came home to work for the family company. Her first assignment was to go to Puerto Rico to help with the rollout of scanning at Walgreens (remember the first bar codes?). She stayed for three months before getting dengue fever, then came home, got over the fever, and worked for Walgreens at both the corporate headquarters in Deerfield and in Boulder, Colorado when she realized, “I did not want to be stuck in corporate and I’m not a good manager. I’m a people person.”

While she didn’t stay in the family business, her grandfather ultimately had a significant influence on her. A middle child born and raised in Glenview, and his eldest granddaughter, Joanne shared a special bond with Charles Jr., who lived to 101. Before his stroke, he was a yachtsman like his father before him, and he often pulled his granddaughter out of school to travel with him, by sea, to exotic and sometimes forbidden places at that time—the Caribbean, the Bahamas, and even the Panama Canal. These experiences awakened her imagination and developed her world perspective. 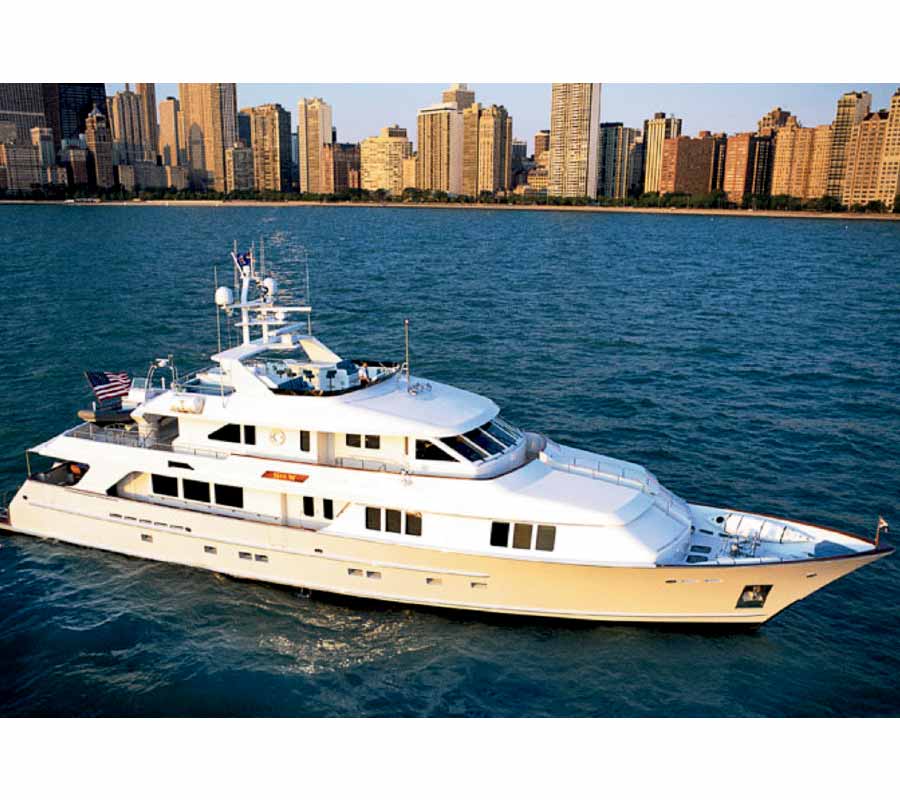 “He was a fisherman; I was a snorkeler,” remembers Walgreen. “And I got the travel bug from him.” Walgreen got the design bug from her mother, who worked in real estate and made their family homes a revolving example of the impact of interior design.

“She moved us every five years, flipping houses before it was a thing,” says Walgreen. “She’d decorate a house to the nines, and then sell. From there, and from my travels, I developed an eye for design.”

Still, she would take another detour before finding her niche. Walgreen’s journey brought her back “home” to Chicago, where she studied public relations and worked for Catholic Charities in Chicago as head of board relations for almost four years. While it was a desirable job where she worked and mingled with influential people like the Kennedy family and Monsignor Boland, she knew deep down that she needed to give the interior design career a shot. 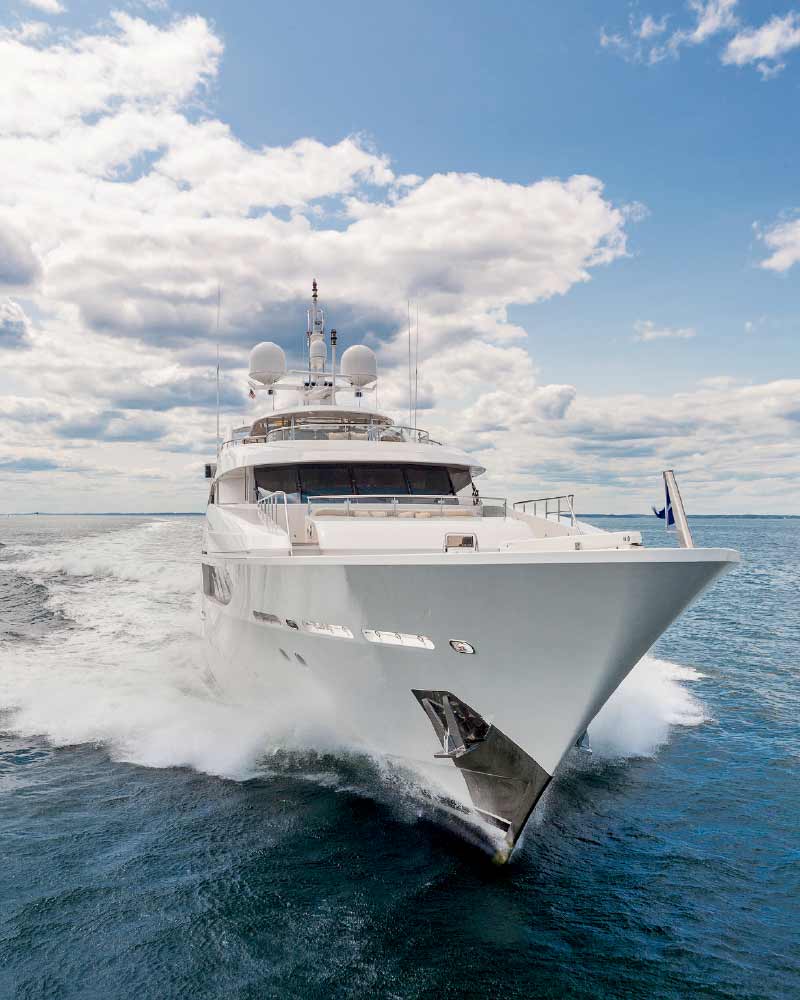 That’s when Walgreen walked into Hunt’s office and told her, “I want to learn from the best; I want to learn from you.” During her apprenticeship at Holly Hunt, Walgreen had enrolled in, and earned her degree at Harrington College of Design. Eventually, she established her own start up design firm and once again walked into Hunt’s office to tell her, “Holly, I am wasting your money. I want to buy from you as a designer now.” Rather than rely on her family pedigree, she named her new business Belden Interiors after the place she called home then, on Belden Street in Chicago.

And, as often happens in life, things came full circle for Walgreen when her grandfather decided to build a brand new yacht in 2001—at age 95 after he had suffered a stroke—and asked her to do the interior design, working alongside the builder Burger Yachts. It was one of Walgreen’s first projects, and a big one at that. At 127-feet long, it was challenging on many fronts. It would be the largest yacht that Burger had ever built, and because her grandfather required highly specialized care (both legs were paralyzed after the stroke), the entire yacht had to be wheelchair accessible with elevators and multiple ramps. Her grandfather also insisted that the yacht have a working fireplace, which was not actually permitted. While all of this would be daunting for any novice designer, Walgreen embraced the challenge and discovered her unique ability for coming up with innovative solutions.

“The master bedroom had to look gorgeous, yet have the ability to convert to a hospital room,” she says matter of factly. She conceived hidden compartments, movable walls, and convertible furniture that lent themselves to space saving and multi use—talents she employs today in many of her projects. The yacht was a tri-deck and the elevator posed a challenge since it had to go all the way to the top. The Jacuzzi needed to be designed with a lift so her grandfather could do his water therapy. When it came to the fireplace, Walgreen devised a way to insert a CD with crackling soundtrack into the electric fireplace that emitted heat. Suffice it to say that this project significantly informed and shaped Walgreen’s insight, versatility, and creativity as an interior designer.

As a result, before she begins any project, Walgreen makes it her mission to truly understand each client’s lifestyle—how they entertain, how the family functions within a home, any special needs they may have, and constraints she’ll have to work around. This highly individualized approach also makes it impossible to sum up her brand or put a typical designer stamp on her style. 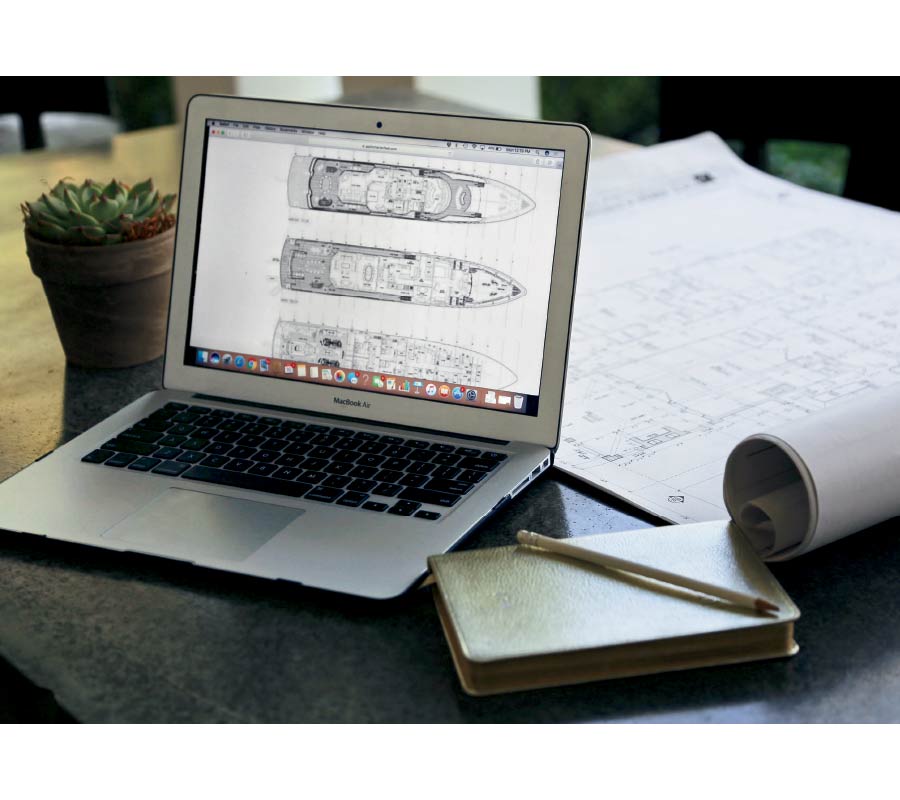 “My style is timeless but on trend, and there is the element of surprise,” Walgreen explains. “I always include a ‘wow’ piece that anchors a space and serves as the jewelry of the room. I encourage my clients to invest in this piece, which is something unexpected and very special that draws people in.”

In her own home, it is the enormous Dessin Fournir uncut crystal light fixture (from Holly Hunt) hanging above the dining room table. Walgreen went so far as to rearrange the ceiling beams in the dining room so that the fixture is perfectly positioned to be visible throughout the front of the home and from the front foyer. On the second yacht she designed, it was a large rare coral centerpiece on the dining table. “The light shined on it just so,” she explains, “and the owners eventually sold it along with the yacht. They told me that it actually helped sell the yacht.”

Since that first yacht for her grandfather, Walgreen has done interior design for numerous homes all over the North Shore, in Chicago and in other states from Aspen and California to Texas and New Hampshire. In 2010, she moved from Chicago to Lake Forest, where she is raising her three children, continually “updating” her own home, and growing Belden Interiors. She has a staff of eight now, whom she relies on to help achieve her design visions.

All these years later, her grandfather’s influence that fueled her passion for yacht design has brought her a third and current yacht project—a majestic 162-foot beauty based in West Palm Beach that will travel the world. She says she will likely use some African animal prints in one room and some Chinese influences in another (her global influence). Inside, she’ll install more traditional pieces to offset the abundance of woodwork, and soft rounded furniture covered in luxurious fabrics. Outside, she’ll add blue and teal fabrics to coordinate with the with the moving scenery of the water. “I love the fact that yacht has to float everywhere and absorb its surroundings and still fit in.

“I take my best practices from my grandfather. He knew that to build a successful business, you need to have successful people behind you, listen to the customer, and draw people in with new things,” Walgreen says. “If he were alive today, he would probably say, “Joanne-y, that’s why I hired you. I always knew you could do it.’”

On her bucket list? A jet perhaps? Keep your eyes on the sky.