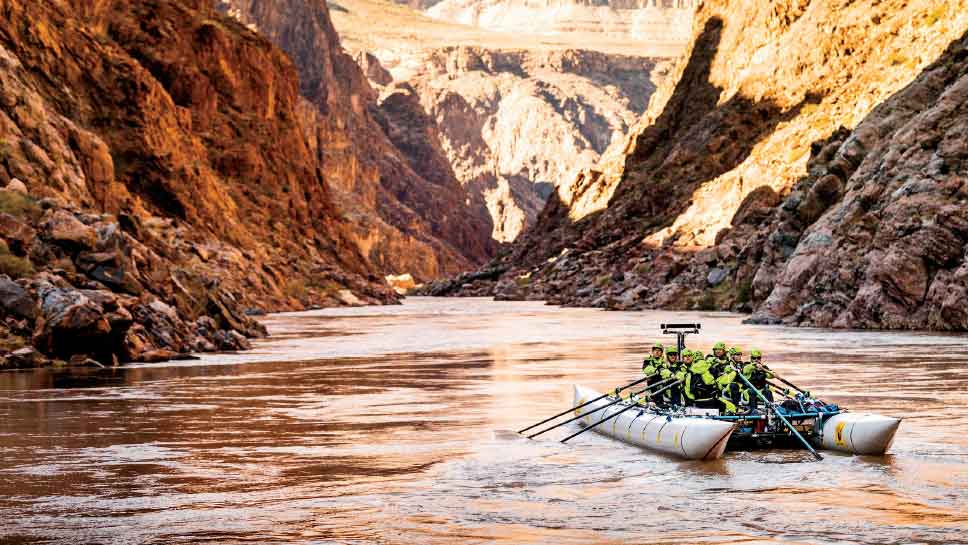 For the second year in a row, Gorton Community Center has been chosen to present Mountainfilm on Tour, featuring a selection of leading documentary films from Telluride, Colorado’s annual film festival. Save these dates in January for the chance to attend a world-class film festival right in our own backyard. The Time Travelers offers lessons in camaraderie, determination, and the power of the wild Colorado River.

Alfred Hitchcock once said that in feature films, the director is God, but that in documentary films, “God is the director.” The stories are pure and raw and real, and later this month, a festival of some of the world’s leading documentary films is coming right here to Gorton Community Center in Lake Forest.

From the story of a nonagenarian climber to the real-life tale of a U.S. Men’s Rafting team attempting to break a record rowing through the Grand Canyon, four short films and one feature-length film are currently on the lineup for Mountainfilm on Tour’s Lake Forest stop from January 26 to 28.

Returning for a second year, having the worldwide festival in Lake Forest is a real coup for Gorton’s state-of-the-art John and Nancy Hughes Theater and a gift to the community.

Co-presented by Gorton Community Center and Lake Forest Open Lands, the festival is made possible through the support of several local organizations. The Butler Family Foundation is the lead sponsor of the event, joined by other sponsors including The Community Church of Lake Forest and Lake Bluff, and the Deer Path Inn. 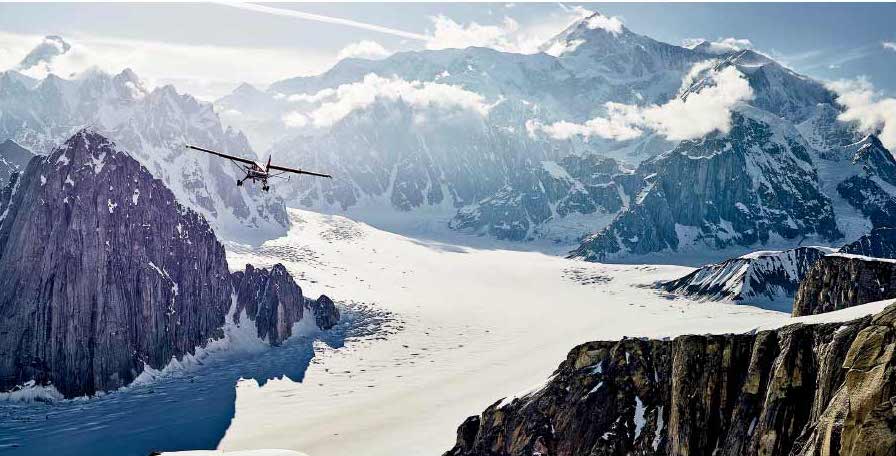 Jamie Hall, who manages the film program at Gorton, says she is excited to build on the success of last year’s event. While Telluride, Colorado’s annual film festival is held each May, the Mountainfilm on Tour travels worldwide throughout the year to help promote its mission “to use the power of film, art, and ideas to inspire audiences to create a better world.” The films shown on tour reflect a “best of” selection of leading documentary films featured at the main festival.

“This festival represents some of the finest documentary filmmaking, bringing our audience into unique landscapes and giving them a glimpse into the lives of such interesting individuals,” says Hall, who attended last year’s festival in Telluride.

The main feature film presented at Gorton this month tells the story of Fred Beckey, who is known as one of the greatest climbers of all time. Dirtbag: The Legend of Fred Beckey looks back at this man’s life and follows his ascents over the last decade. Directed by Telluride local Dave O’Leske, the documentary is billed as “an affectionate portrait of a remarkable man in the sunset of his career.” 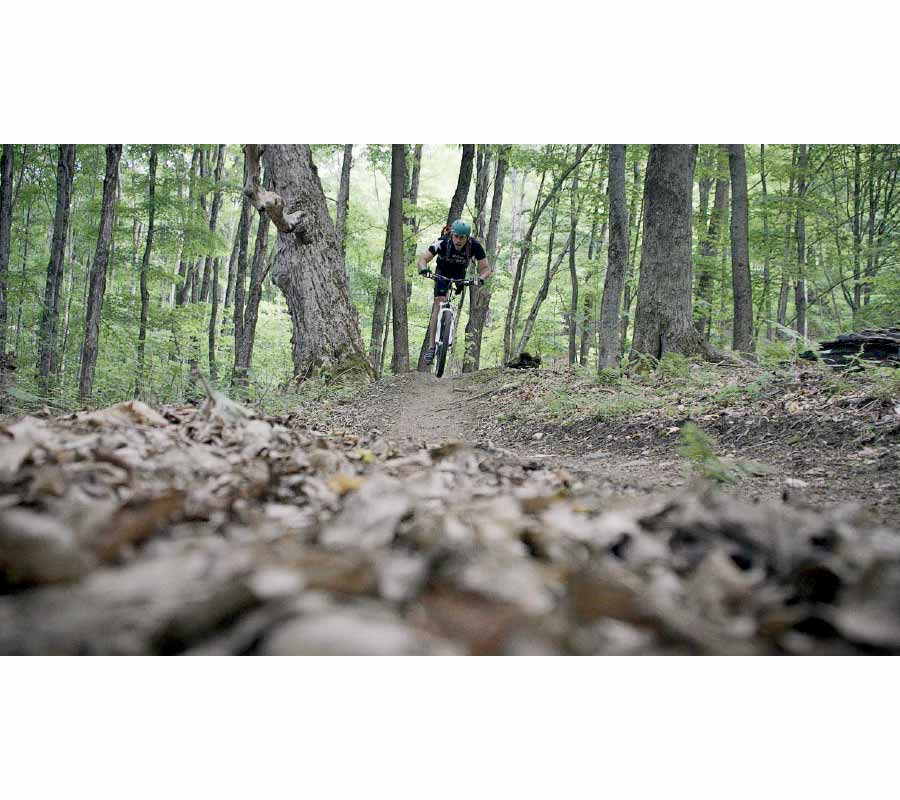 Simon Perkins directs Ascend about a one-legged man’s determination to keep on biking.

Other short films in the 2017 festival shine the spotlight on climate change and other factors impacting the environment.

Mountainfilm is one of America’s longest-running film festivals, showcasing nonfiction stories about environmental, cultural, climbing, political, and social justice issues since 1979. The annual tour reaches more than 70,000 people each year in more than150 locations to extend the reach of the Telluride festival and the work of its filmmakers’ inspiring content and to encourage audiences to take action on worthy causes. 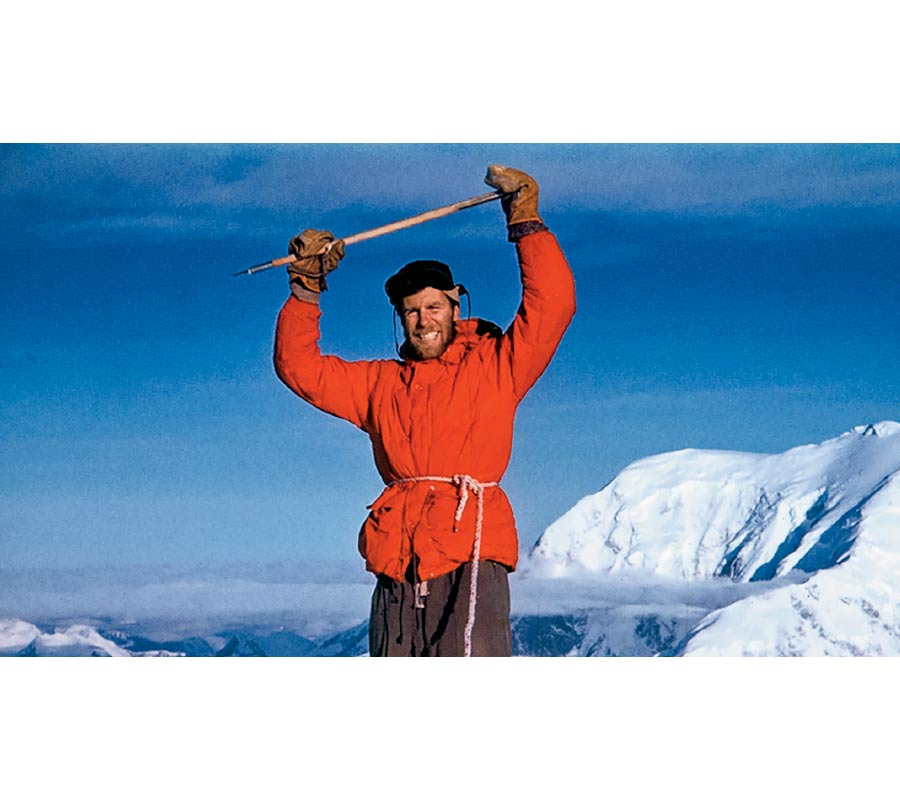 Director Dave O’Leske follows the legendary nonagenarian climber
for a decade in Dirtbag: The Legend of Fred Beckey

“It’s easy for us to be enthusiastic about Mountainfilm because of the inspiring films that capture the interface of nature and human adventure,” says Dr. Thomas S. Dickelman, Minister of the Community Church.

The three-day festival at Gorton will offer much more than film screenings. On Friday, January 26, attendees will watch Dirtbag: The Legend of Fred Beckey. 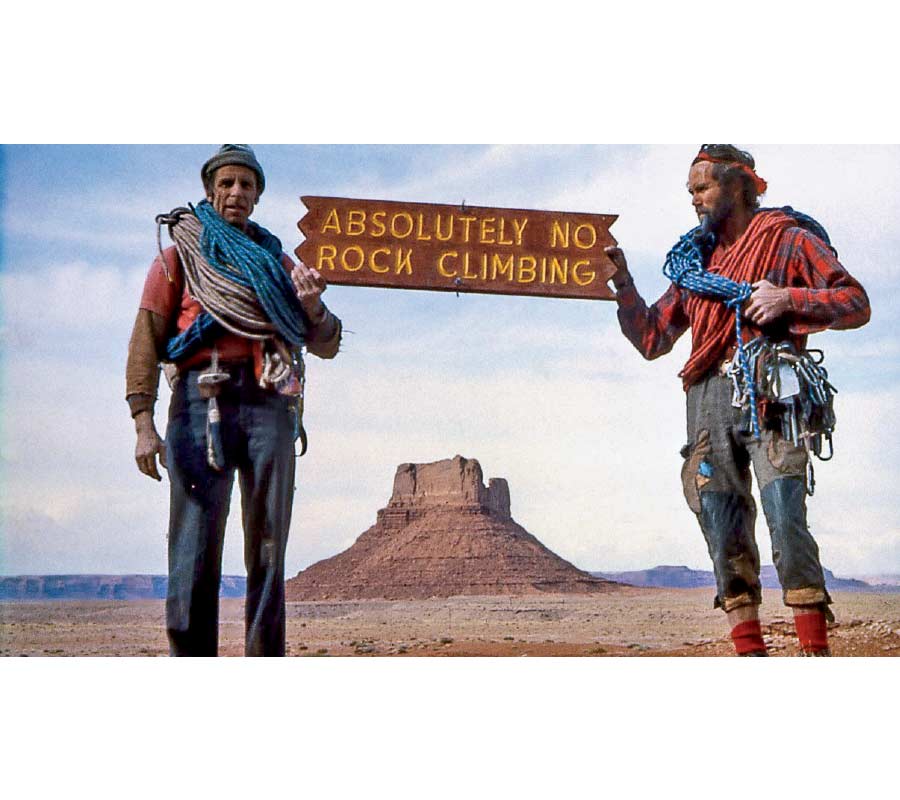 Dirtbag: The Legend of Fred Beckey offers an affectionate portrait of a remarkable, and controversial, man in the sunset of his career.

On Saturday, January 27, a wine and cheese reception will precede the “Best of Fest” short films presented. And on Sunday, January 28, attendees will view family-oriented Mountainfilm shorts—selected especially for families to watch and appreciate together—followed by an expo with vendors highlighting outdoor adventure and environmental opportunities in Lake County. Short films (so far) include Denali’s Raven, Cowtown, The Time Travelers, and Ascend.

“We’re hoping our audience will be moved by the films they see and then want to do something with their enthusiasm,” adds Hall.

The amount of community and sponsorship support speaks volumes for the film festival.

“We are excited to partner with Gorton Community Center for the second year to bring Mountainfilm on Tour to our community,” says Susie Hoffmann Director at the Center for Conservation Leadership at Lake Forest Open Lands. “This year’s films will be as thrilling and inspirational as they were last year, and the addition of a feature film on Friday evening is a big plus.”

Tickets for the Mountainfilm on Tour start at $8, with a full weekend festival pass available for $32. Gorton Community Center is located at 400 E. Illinois Road in Lake Forest, 847-234-6060, gortoncenter.org.