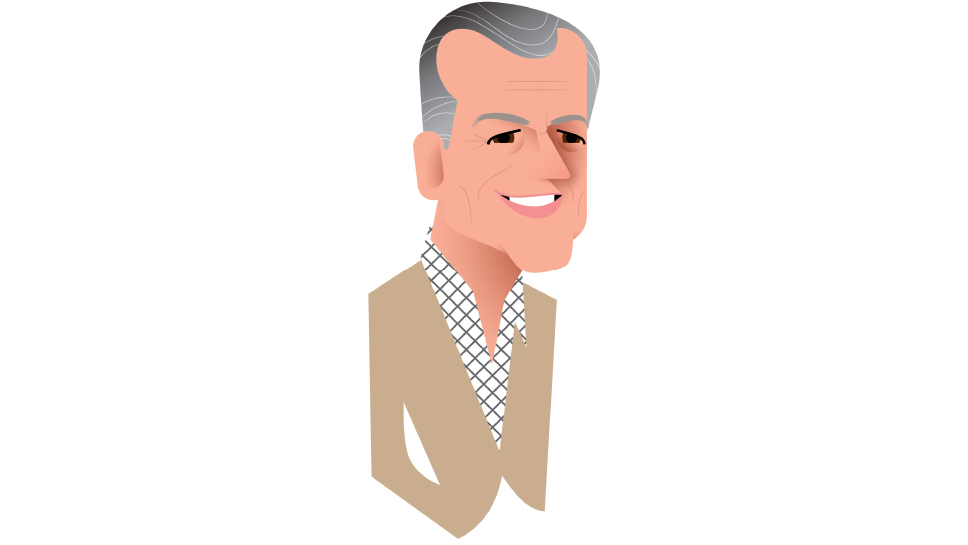 Mitch Engel says that he and his wife moved to Lake Forest in 1988 and truly enjoyed raising their family here. After running a major ad agency and then a stint as a senior executive with a Fortune 500 company, Engel did what most people only dream of. He shifted gears in his mid-50s and began writing novels. The fourth in his satirical mystery series, Crimes of Arrogance, was published this fall. “It was especially fun to write because much of the action takes place in Lake Forest and Highwood,” he says. A fifth book is currently underway. In the meantime, here are a few of Engel’s lasts:

1. Great book you read that inspired your work?

I love satire, so just about everything from Tom Wolfe has triggered some hidden force inside my skull.

Our time atop Machu Picchu was almost spiritual. Standing among the ancient ruins in mist and fog—condors flying above—I kept expecting Steven Spielberg to step out from behind a rock.

3. Person you met in Lake Forest that could be a character?

Wow, so many to choose from. Maybe Michael (Carringello), who owns Michael’s Barber Shop? He immigrated here not speaking a word of English and then spent 60 years cutting hair and listening to locals. There are lots of ways a character like him could make a story more interesting.

4. Place you visited that you know you’ll use in a future book?

We recently went to Newport, Rhode Island for the first time. The wealth, the history, and the people are sure to be a backdrop to some future chapter.

That’s easy. In October, 1971, I picked up the phone and called a freshman girl to ask her out on a date. I haven’t called another girl since.