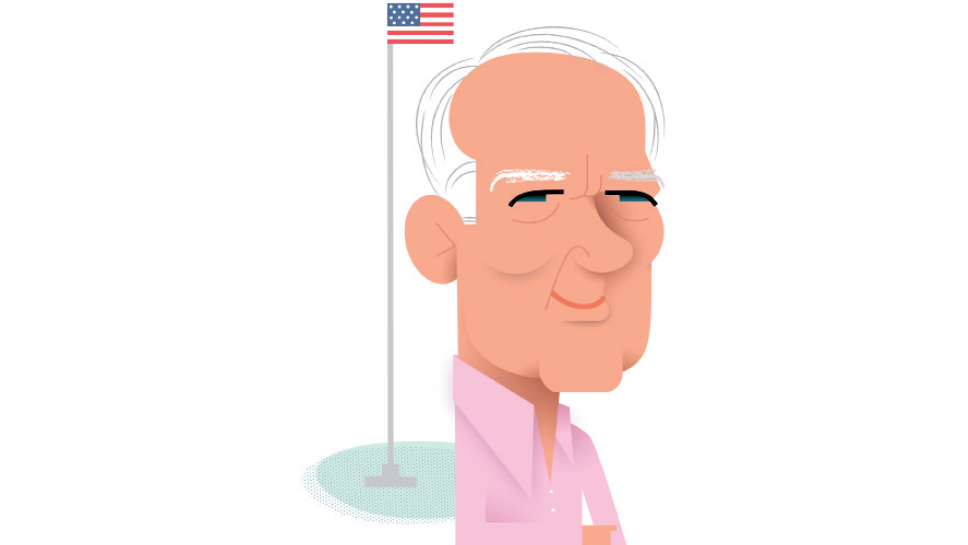 For more than 40 years, Otto Georgi has lived around the corner from Gorton Community Center. On one of his many daily trips down Illinois Road, he noticed that the flag Gorton was flying was frayed and tattered.

“I decided to stop in and see my friend Brenda Dick and ask her why Gorton didn’t have a fresh, crisp flag,” Georgi recalls of his meeting with Gorton’s former executive director. “She told me that the flag was the last one from a donation the Girl Scouts had made and there wasn’t a budget to replace it. I told her to buy a year’s worth of flags on me.”

One year turned into many until Georgi noticed that the flag wasn’t set at the top of the flagpole.

“I explained to Otto that the pole was deteriorating and wasn’t strong enough to support the flag raised to its full height,” Dick says. “Rehabbing the pole wasn’t an option and a new pole was on our wish list. We had support from the city, but we needed more money to replace the pole. Otto looked at me and said, ‘Let me talk to some friends.’”

Georgi made good on his promise. “I called Rob Lansing—long before he became mayor—and told him we needed to come up with a list of 12 to 15 patriots who would be willing to donate this to Gorton,” he says. “Every single person we asked made a contribution.”

To the delight of Gorton, the funds were quickly raised to purchase and install a new flagpole.

“It’s because of Otto’s foresight and the generosity of all the donors that Gorton now has the opportunity to safely fly the largest flag on the tallest flagpole in Lake Forest,” says Amy Wagliardo, Gorton’s current executive director. “It’s always inspiring when our community comes together to get something done like this for the benefit of everyone. We are so thankful for Otto and his friends who care so much about Gorton and this community.”

Gorton recently hosted a dedication ceremony for the new flagpole. “I can’t tell you how many people approached me and asked why I didn’t call on them to give to our little campaign because they would have liked to,” says Georgi. “In fact, one of these people even offered to donate a light to Gorton so that the flag can be lit as it should be when it’s flying 24 hours a day.”

When asked if he was surprised by the outpouring of support for his Gorton project, the Kentucky-born and raised Georgi says it is what he has come to expect from his adopted hometown. “Once we saw this needed to be done, we thought ‘why not?’ It was an easy thing to do, and it was the right thing to do.”