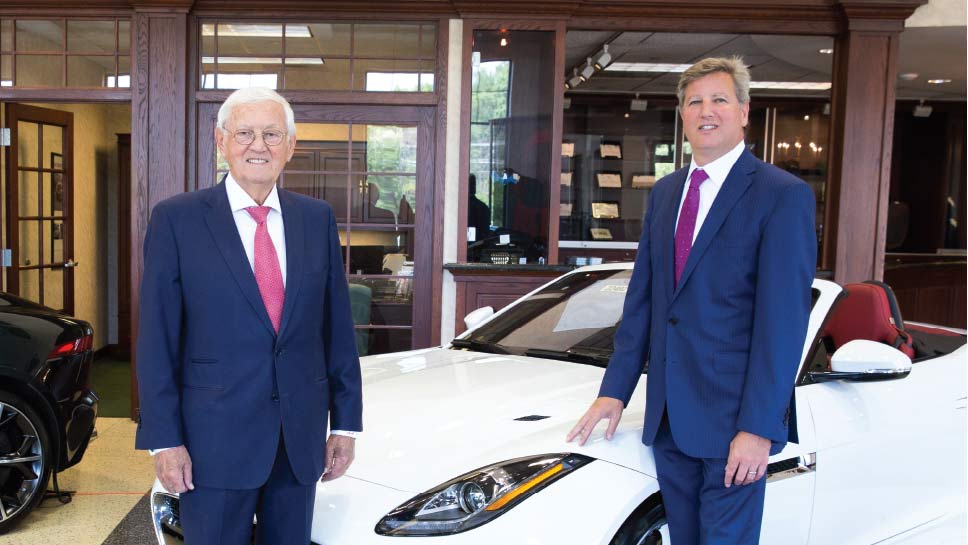 Imperial Motors continues to thrive in Lake Bluff, serving the needs of Jaguar owners throughout the North Shore. PHOTOGRAPHY BY ROBIN SUBAR

With the closing of its flagship Wilmette dealership in August, Imperial Motors’ 65-year story has begun its next chapter. The Jaguar-exclusive dealership, the only one of its kind serving the Chicago metro area, will continue to operate Imperial Motors Jaguar of Lake Bluff.

The facility was last year one of only 16 Jaguar retailers to receive the automaker’s “Pride of Jaguar Retailer Excellence Award.” Imperial Motors Jaguar of Lake Bluff President Jordan Aron said he was sad to see the family business leave Wilmette, but was looking forward to what is down the road for the company.

“There are big possibilities here,” he says.

Imperial Motors opened in 1953. Aron’s father, Allen, 85, joined the company in 1958 as a part-time salesman. “I was the hardest-working person,” he says. During the day, he sold household goods door-to-door, taking the opportunity to pass out flyers for the dealership where he worked at night. He advanced to become a manager, then a business partner, and ultimately bought the company in 1983.

The dealership in Lake Bluff opened in 2000. “From our Wilmette store, we always serviced the Lake Forest area,” Jordan says. “We wanted to be represented out here, and so the decision to open just made sense.”

Jordan was born to the breed. He got the car bug as a little kid “running around the showroom and jumping in and out of cars.” Jaguar, he adds, “is a wonderful brand with a great heritage and great bloodlines. They make beautiful, great-performing cars. But this business means a lot more to us than cars.”

At the heart of Imperial Motors’ success in Lake Bluff is patriarch Allen’s philosophy of continued improvement and customer service.

“A lot of our success,” Jordan says, “is that we are family-owned and we are here all the time.” 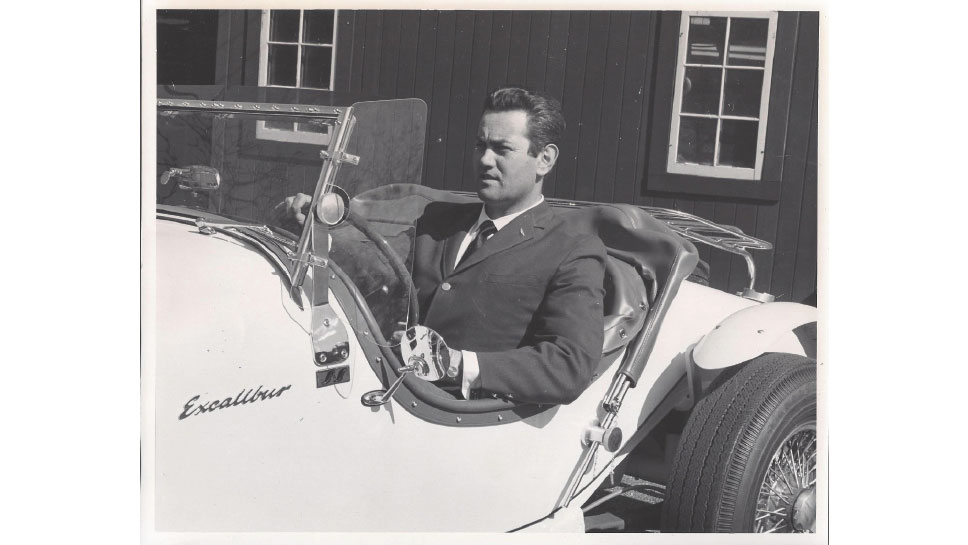 Steve Link, who joined the Imperial Motors sales staff in 1994 and recently made the move to the Lake Bluff facility (“I’m the old guy, but the new hire,” he jokes), takes inspiration from how Allen and Jordan treat customers.

“Honesty and integrity always prevail,” Link says. “Their family values, too, are second to none. There wasn’t a day in Wilmette they didn’t ask how my wife and kids were doing. When you work with the Arons, suddenly your kids become their kids. And when they ask, it’s not just to fill the time. They are genuinely interested.”

“I can’t tell you how many times the guys in service would alert me, ‘Your friend is calling,’” Jordan says. “You get to know your clientele and they become friends. Sometimes they become family.”

That is not cliché. He means that literally.

Jordan was introduced to his wife by her mother, whose husband bought cars from Allen. “In the days before he could afford it, my father-in-law would look at cars through the window, and my father invited him in to talk,” he says. “One day, my future mother-in-law said to my dad, ‘I have a daughter’ and she got me to call her. They have been married 17 years.”

Between Jordan and his father, “the apple doesn’t fall far from the tree” when it comes to emphasis on customer service, Link observes. Allen keeps a book in his office, Random Acts of Kindness. He literally went the extra mile for customers and total strangers alike.

The Wilmette showroom was located across from the Wilmette train station. Allen recalled that he often received phone calls from commuters who slept past Wilmette and asked him to go outside and notify their wives who were waiting at the station to pick them up. In harsh winter conditions, he allowed commuters to warm up and use the phones. He drove some home. “We were really proud to help,” he said.

Allen also made it a habit to personally give roadside assistance if he happened upon a stranded motorist with a disabled car. “As a kid, I’d be with my dad when he made that U-turn to go help somebody,” Jordan says with a laugh. “Now I stop when I see someone on the side of the road. It does surprise people.”

Jordan anticipates further growth driven by new Jaguar models arriving in 2018, including the I-Pace, an electric SUV, and the E-Pace, a compact SUV.

Link still marvels at Allen’s work ethic. “He takes as much joy today in a customer getting a new car as he did when he made his first sale,” he says. “He works hard everyday to make sure the sale is made. My long-running joke is that he retired 20 years ago, but this is what he does in retirement.

For the record, Allen, a former bodybuilder who goes to the gym daily, says he has no intention of retiring. “We have a great team and a great clientele,” Jordan says. “We’re going to be here for a long time.”