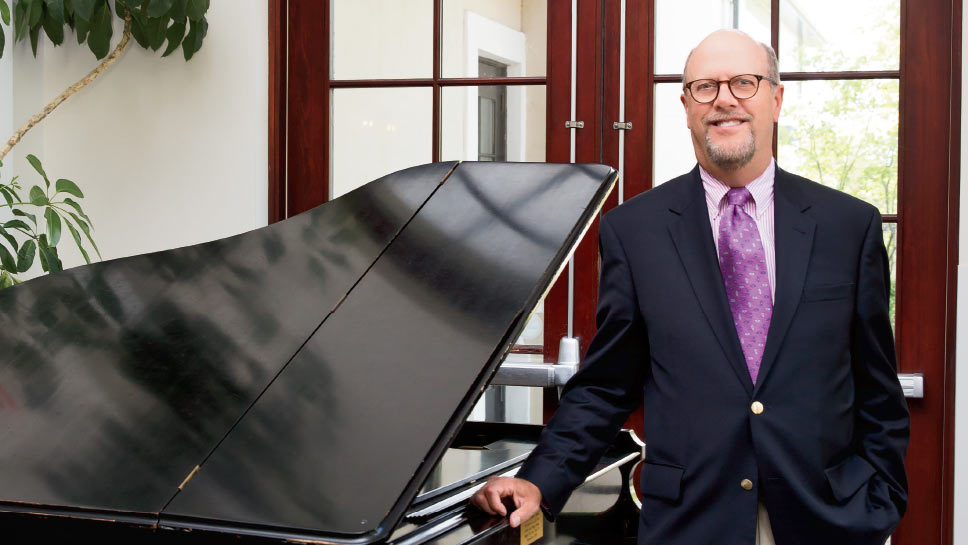 Lake Forest Symphony is making headlines as it kicks off its 60th anniversary season in October with new executive director Timothy Corpus.

“It’s an exciting time to be at the Symphony,” says Corpus, who succeeds Susan Lape who assumed the role of executive director for the Chicago Youth Symphony Orchestra. “We’re most proud of the fact that the Symphony is coming home to Lake Forest. We’re doing as much as we can in Lake Forest so the community knows that the Symphony belongs to them.”

In addition to hosting performances at the College of Lake County’s James Lumber Center, the Lake Forest Symphony will now be playing at Lake Forest Academy’s Cressey Center for the Arts, as well as holding its salon series at the Gorton Community Center.

Robert Kalter and William English founded the Lake Forest Symphony in 1957 as a chamber orchestra of volunteer musicians. By 1965, the group had more than 60 players, and in 1988 became fully professional. Under the visionary leadership of conductors Victor Aitay, Paul Anthony McRae, David Itkin, and Alan Heatherington, the Symphony established itself as a musical juggernaut. The Lake Forest Symphony is the only fully professional orchestra in Lake County.

Exuding enthusiasm and innovation, Corpus was a natural choice for the leadership role at the Symphony. “When they first approached me about being executive director, I wondered how open to change a 60-year-old organization would be,” Corpus explains. “Yet what I found is that the Board of Directors wants to the Symphony to be exciting and accessible for our diverse and ever-changing audience. There’s a really great energy behind our performances and programming right now.” 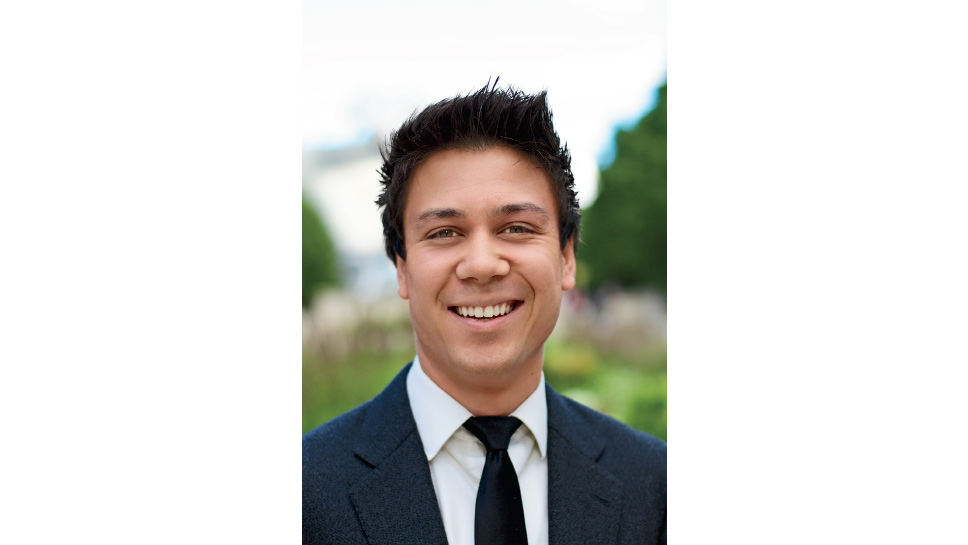 Corpus is no stranger to change having simultaneously served as the executive director of the Hyde Park Youth Symphony, the Education Coordinator of the Northwest Indiana Symphony, and the Drumline Instructor at Loyola University Chicago. “One of the things you learn quickly when working with youth organizations is how important it is to be adaptable to change,” he explains. “I feel like my background will serve me well in introducing new elements to the Symphony.”

In addition to celebrating the history of Lake Forest Symphony this year with Masterworks by Beethoven, Vivaldi, Mendelssohn, and Dvorak, as well as works from Rossini, the Symphony will kick off its season with music from their composer in residence—James Stephenson.

Equally exciting to Corpus are the various outreach programs Lake Forest Symphony has in store for the coming season.

“We have a relatively new program at Lake Forest Place in partnership with NorthShore University HealthSystem and Rosalind Franklin University where a chamber group goes in and plays music targeted at a specific area of memory loss. Researchers are seeing the intense differences music makes in Alzheimer’s patients and getting quantitative data to support it,” Corpus explains.

Additionally, the Symphony is collaborating with some area schools and libraries to help increase awareness of this local musical gem.

“If you haven’t attended a Symphony performance before, this is the year to check us out,” says Corpus. “We’re thrilled to be coming home.”

For more information about the Lake Forest Symphony or to purchase tickets, visit lakeforestsymphony.org.