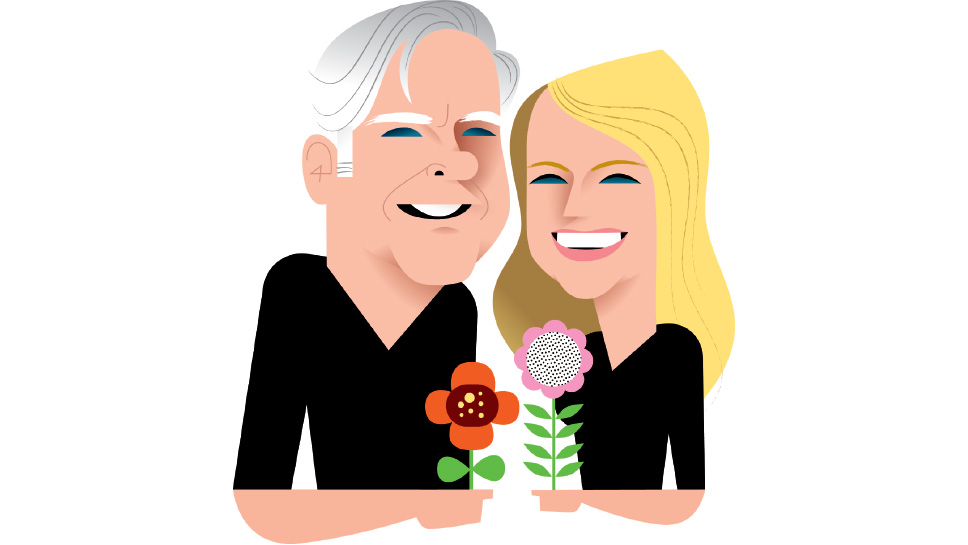 Lake Forest Flowers is in the business of marking milestones on the calendar. And this year, they get to celebrate one of their own as they raise a stem to their 100th anniversary.

“It’s hard to believe that this business has been around for 100 years,” says owner John Looby, who today runs the business with his daughter Eileen Looby Weber. “But I think this shows the power of excellent customer service.”

Looby is only the third owner of the century-old business. According to Looby, Lake Forest Flowers was first opened by Irwin Dryski in 1917, who also owned flower shops in Highland Park and Winnetka. He ran the business for 30 years before selling to Grace McGill in 1947. McGill moved the business to its current location and in 1981, Looby bought the business from her. Weber joined her dad at the helm 15 years ago, shortly after graduating from Purdue with a degree in horticulture.

“Every day I feel lucky to get to come to work with my daughter,” Looby says. “My desk is here, hers is right over there. It doesn’t get much better than this.”

Weber considered the flower shop a second home when she was growing up. “When we had a half day at St. Mary’s School, we’d all walk here and hang out,” she remembers. “Then when I got my driver’s license, my dad put me to work making deliveries.”

As her father had, Weber studied the science behind growing plants and entertained the possibility of working in a greenhouse fulltime, but quickly realized that interacting with people would be limited.

“One day my dad said to me that there was an opportunity to come work with him,” says Weber. “We’ve been working together ever since. And just today, the next generation of Loobys was walking around the store. My son Michael can already name a number of flowers. He loves it here, too.”

The emergence of Internet ordering hasn’t really changed how Lake Forest Flowers does business. “We truly are about customization and the personal touch,” explains Weber. “We have people who start to place an order online but then end up calling us. When they do, we can ask them about their flower preference, their favorite colors, or where this arrangement might be placed in a home. Our customers trust that we’ll help them send the right message because flowers express emotions that people can’t say.”

Looby agrees, adding that it’s often the wording on the enclosed cards that trip clients up the most. “We often toss out words and phrases to help our clients find what they want to say,” he adds. “My favorite was when a client’s wife called me 20 minutes after the flowers were delivered to thank me for the card. She knew her husband didn’t write it, but that he meant what it said.”

While Mother’s Day and Valentine’s Day top the busiest days of the year for the shop, it’s the name sign posted outdoors that garners the most buzz—the idea being if your name appears on the sign, Lake Forest Flowers gives you a free rose. Having distributed 12,000 free roses to date, the name “Grace” was the shop’s most popular name—giving out roses to 17 Graces, young and old alike.

“Who knew that a sign could take on a life of its own the way our sign has,” asks Weber with a laugh, emphasizing that they will take anything—even a piece of homework—as proof of name identity. “It’s a true testament to the joy that even a single flower can bring.”

Lake Forest Flowers will formally celebrate its anniversary on Saturday, October 14 from 1 to 4 p.m. Guests will receive a free rose and refreshments will be served.