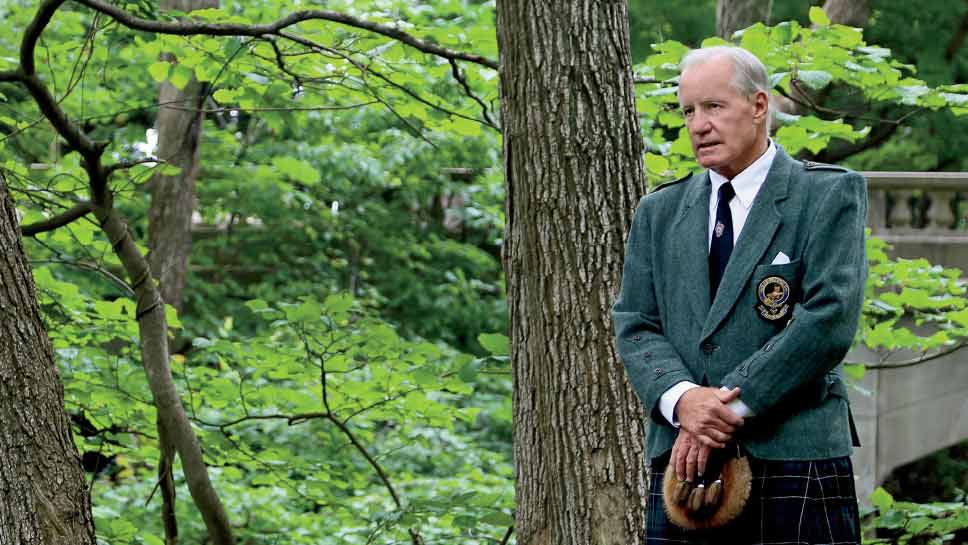 Sometime before nightfall, after men in kilts fall from the sky, after the Scottish pipe bands have played their last mournful melody, you and the hundreds of others gathered at Middlefork Farm will pause for a moment of silence.

It’s a solemn pause on a day filled with picnics and laughter and Highland Athletes competing in games that are centuries old—a time to remember those who were there 50 years ago when Lake Forest Open Lands Association (Open Lands) was founded and those who are no longer with us. And in some ways, maybe even a moment to remember the native Americans who hunted and fished on the lands that have now been preserved for generations to come.

“This was all Potawatomi territory,” explains John Dick, a long-time Open Lands board member (and former board president) who is credited with coming up with the idea for its “Bagpipes & Bonfire” fundraiser 30 years ago. “And Potawatomi means keeper of the fire.” 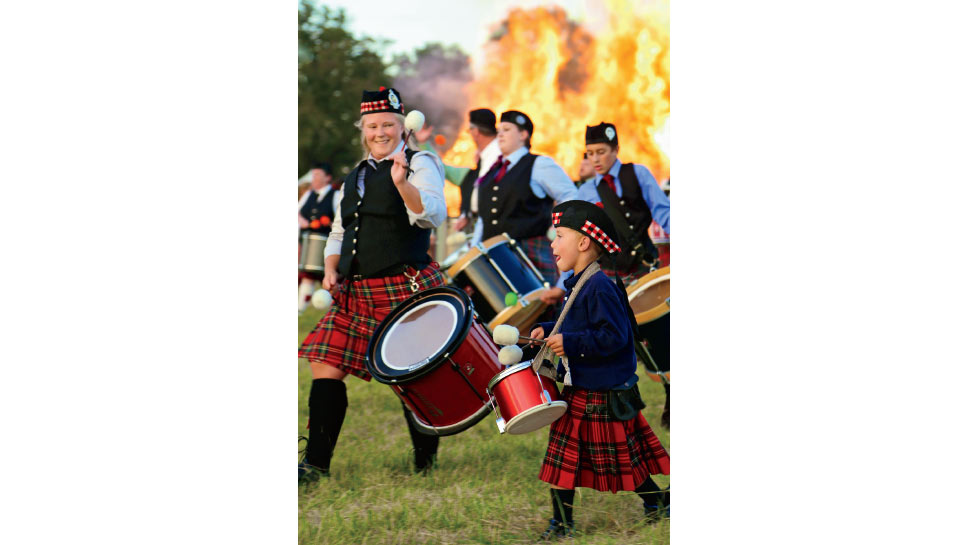 This moment of silence, a tradition since the beginning, is the emotional side of an evening that is half heart and half show business (at one point in its history, there were even hot air balloon rides). It could also be part of why families and friends who have moved outside of the area always come back for this Sunday in late September.

It’s their hometown homecoming, a veritable family reunion of Lake Forest and Lake Bluff supporters who’ve devoted their time and talent to saving and preserving the 800 acres governed by the nonprofit Open Lands organization.

“When you see people absolutely hugging each other, clinging to each other, you want to hold on to that memory,” says Dick, sitting down with us one recent summer weekday at his beautiful Lake Forest property. “I see it and it makes me feel so good. Hard to explain to someone who’s never experienced it. But once you’ve been there, you know.”

Dick has told the story of how he got the idea for the first “Bagpipes & Bonfire” many times. He was about 4 or 5 years old, growing up in the house next to the Ragdale estate, where the McCutcheon family lived and had held similar events since the 1920s. There’s even a now infamous illustration from that era of Native Americans dancing around a bonfire.

“McCutcheon was Scottish so it was a very Scottish thing. He’d invite his friends out in the fall for a bonfire,” recalls Dick, wearing his Scottish grandmother’s McCauley family kilt. “One piper would come down the field and light the big pile of brush that had been collected in the field for months. When you’re 4 or 5 and you see something like that, it doesn’t leave you.”

Dick’s memories of attending those bonfires as a child (which include some wild stories of watching genteel men drinking Scotch whiskey and dancing) stayed with him through adulthood. So, when Open Lands was still growing and trying to find a way to raise money to continue its stewardship mission, this seemed like the perfect idea.

Collect limbs and brush from Open Lands sites, with help from volunteers, and in the fall, celebrate the end of summer with a massive bonfire and party. But Dick said he wanted to build on what he saw as a young boy—make it even more spectacular.

“It’s a tradition going back to the 1920s but we stole it fair and square, and added on to it,” he explains, smiling. “Because it’s bagpipe oriented, we thought let’s do it bigger and have everyone wear kilts. That’s when we decided to make it more of a Scottish-themed event in honor of the Shaws and McCutcheons, so we brought in the Highland Athletes, border collies rounding up Scottish sheep, and Scottish dancing.” 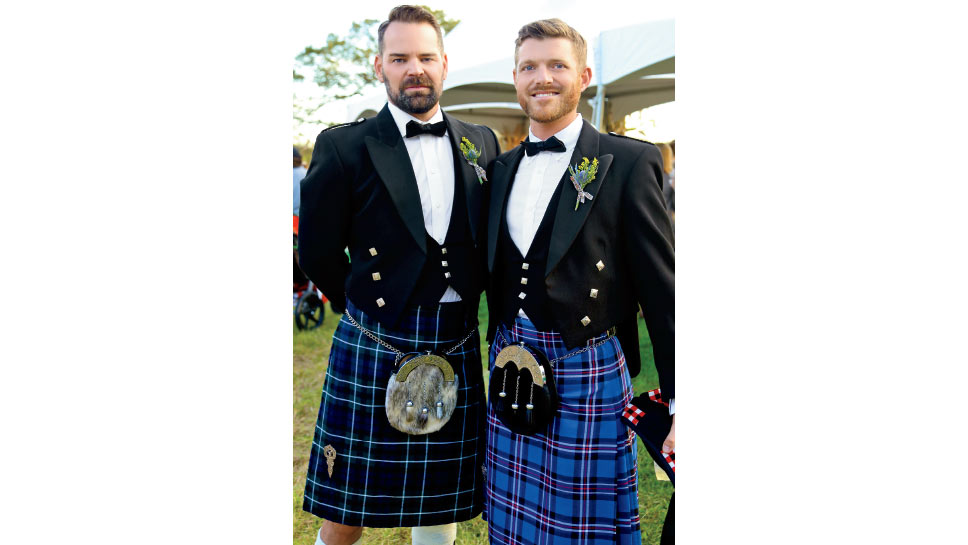 This year, Open Lands volunteers will build their 30th bonfire, honoring 30 years of the “Bagpipes & Bonfire” and the organization’s 50th anniversary.

“We’re trying to do something a little special this year to see how many members have been to all 30,” Dick adds. “I’m not even one of them because I know I missed at least one year. But we’re going to try to identify these people in some way, so that’s going to be wonderful to see.”

Dick’s children will be there, along with the grandchildren, and even great-grandchildren of all the Lake Forest families who have supported the organization from its founding in 1967.

“What makes me feel good is seeing all the little kids, and that next generation,” he adds. “They will remember this, and I hope it makes an impression on why these lands are important. And that’s what this is all about.”