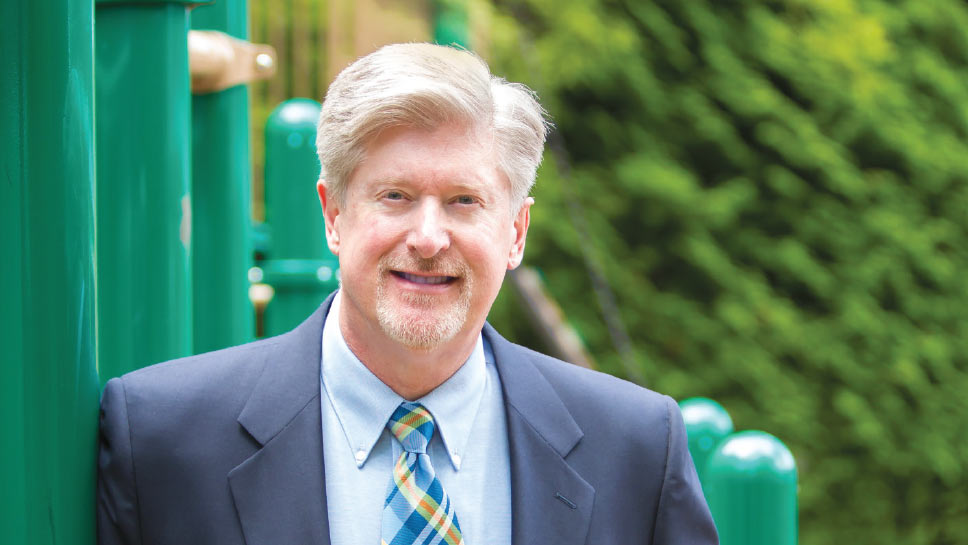 As the School of St. Mary in Lake Forest marks its 100th anniversary this September, they introduce a new principal to usher in the next century. PHOTOGRAPHY BY ROBIN SUBAR

The School of St. Mary has a new manager in their dugout.

Or at least that’s how Dave Wieters—the newly hired principal at the School of St. Mary and a self-proclaimed sports enthusiast—describes himself.

“People often talk about Joe Maddon as being one of the best managers in baseball,” explains the 6’ 5” Wieters. “But would people be as excited about him if he didn’t have a Kris Bryant or Anthony Rizzo on his team? For me, it’s all about supporting and developing our teachers to be the best they can be, so that they can help our students achieve excellence.”

Wieters has spent the last 30 years working in the field of education, having taught in both grade schools and high schools—public and private—and having held the role of principal in three different Catholic schools. He most recently was the principal at Catholic Central High School in Burlington, Wisconsin.

“I very much enjoyed working with the high school students, but the enthusiasm in an elementary school is like nothing else I’ve ever experienced,” says Wieters. “They’re excited to see me when I’m coming down the hall. There is a real opportunity to help in the children’s formation, education, and faith at this age.”

Wieters sees the School of St. Mary as a sort of college-preparatory elementary school. “Our job is to prepare the children for their future,” he explains. “What they learn at St. Mary’s will set the foundation for the classes they take in high school and ultimately where they go and what they do at college.”

Beyond setting a high standard for each student in the classroom, Wieters is equally committed to helping St. Mary’s children grow as leaders and in their faith.

“The children of today will be our future leaders,” he says. “If we don’t take our role as educators seriously now, we will pay for that down the road. And Catholicism, that’s not just for Sundays at Mass. It’s 24 hours a day, seven days a week. Faith and education go hand-in-hand at St. Mary’s. We should be living it and breathing it. It is up to us as administrators, teachers, and parents to be helping shape our children academically, socially, morally, physically, and spiritually. Catholic education is more important than ever with what our children are facing in this world today.”

Still unpacking boxes and settling into his role, Wieters is looking forward to welcoming students and their families back to school in August. “In schools, some years you have a great season, and some years you don’t,” he says. “But this year, we’re going to win the World Series.”

On September 23, 2017, the 100th anniversary festivities will culminate with the community being invited to celebrate the School of St. Mary with a mass and “block-party” celebration that will be held on its Illinois Road campus. For more information on the School of St. Mary and its anniversary celebrations, visit schoolofstmary.org. To contact Dave Wieters, email [email protected]