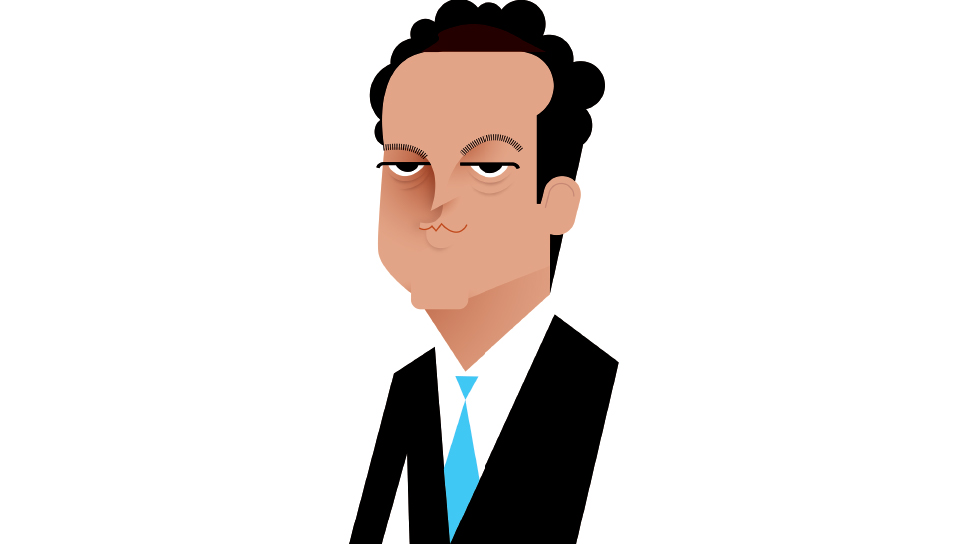 Vince Vaughn took the stage of the John and Nancy Hughes Theater to answer students’ questions in honor of the Lake Forest High School Telecom program that inspired him to pursue a film career. ILLUSTRATION BY KIRSTEN ULVE

On the evening of June 10, the crowd gathered in the John and Nancy Hughes Theater in Lake Forest got a pretty good idea what Vince Vaughn looked like sitting in class at Lake Forest High School (LFHS). He spent his first few minutes on stage slouched in a chair looking like he was trying really hard not to get called on. But within minutes, as he told stories of his high school days (and trying to explain to Lake Forest police that he had no idea how all those street signs ended up in his trunk) the fast-talking funny man of the silver screen emerged to entertain the audience and inspire the latest batch of LFHS students interested in the visual arts.

The event was dubbed “50 Years of Telecom” and it did just that—gather together LFHS alumni of all ages to celebrate the TV production and narrative visual storytelling class called Telecom. Founded 50 years ago by David Miller, Joe Lawlor, and Paul Whiting, the offering now goes by the name New Media under the direction of Steve Douglass. Microphones were passed around the room so people could express their appreciation for the teachers who fostered their affection for storytelling. Notable alums sent in video messages talking about their fond memories of the program that were played on the big screen.

But undoubtedly the highlight of the evening was a 45-minute Q & A with film and television actor/writer/producer Vince Vaughn (Wedding Crashers, Hacksaw Ridge) and television director/producer Paul Boese (My Haunted House, I Married a Murderer). The two were constant collaborators in high school on Telecom projects before they graduated in 1988.

“I really learned in that environment because Telecom was about doing things on your own,” Vaughn said. “On top of acting, I produce a couple TV shows and I was so far advanced (in film) that I cut some of those movies entirely myself. I’d go in the editing room and I knew how to do it, and it started with the basic lesson of continuity here. I never went to college or film school. I appreciate the opportunity that Dave (Miller) gave to me.”

Over the course of the evening, Vaughn and Boese reiterated how similar their Telecom process was to the professional work they do, and the differences are more a matter of scale, budget, and investor pressure than anything else.

“When I moved to Los Angeles to pursue acting, I started to realize—why am I waiting for someone else to write a screenplay?” Vaughn said. “A future collaborator of mine wrote a screenplay, and we used to sit and think about how we were going to get it made. It became Swingers. I was more than qualified to go through that experience having done Telecom because we shot that movie in 21 days and you had to be resilient. The biggest thing that I would suggest is to give yourself permission to keep doing what you’re doing now. It’s not much different.”

The most striking part of the evening came as the current crop of New Media students stood to ask questions, and Vaughn and Boese not only had already seen the work they’d done for class, but knew them by name.
Bailey Lawrence, class of ‘17, stood to ask about advice as she prepared to move to Los Angeles to USC film school.

“I would listen to your TED talk, honestly,” said Vaughn, referring to an LFHS TED Talk Lawrence delivered on project-based learning. “I think that you are really ahead of the game. I was inspired, truly, by what you said. Just listen to yourself and have fun with it, keep creating and exploring.”

Whitney Perschke, class of ‘18, asked about how to maintain self confidence in a project over the time it takes to complete it.

“You’re an actress,” Vaughn told her. “You were in The Wall (a New Media project that won first place at the Midwest Media Educator Association’s 7-Day Challenge). You were beautiful in that. Really truthful. You should have great self-confidence.”

Every time Vaughn had seen their work and treated it with professional consideration, you could see he was blowing the students’ minds. He closed the evening with a nod to the creative environment created by Miller in Telecom that continues with Douglass’s New Media.

“Dave has a special place in all of our hearts and I know that Steve does for you,” he said. “As you get older, you appreciate the teachers that were kind and gave you an opportunity. I really am inspired when I watch what you guys are doing. You are further along and know what you need to do more than any of us could tell you.”