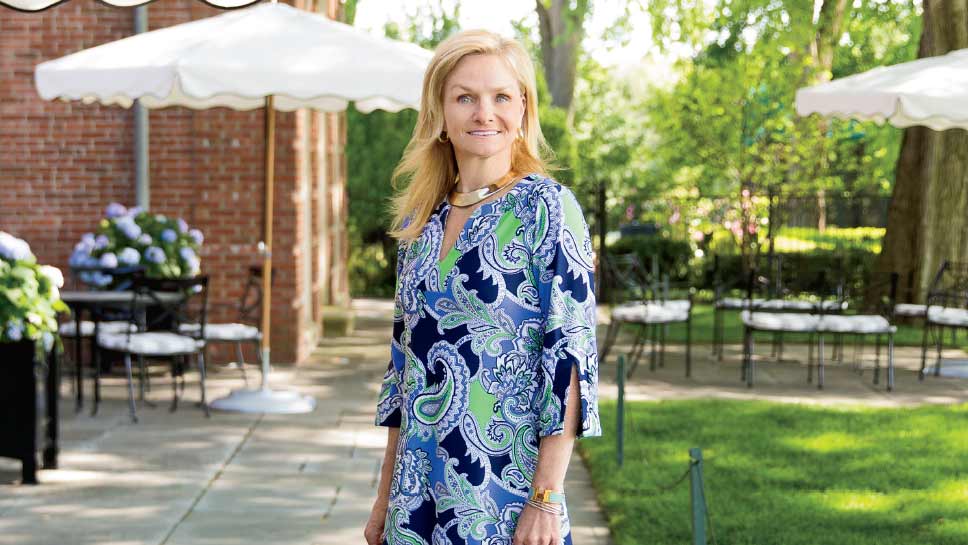 Lake Forest’s Holly Curtis channels her past struggles with an eating disorder into a new memoir and life coaching practice geared toward helping others with similar plights. PHOTOGRAPHY BY ROBIN SUBAR

From an outsider’s perspective, Holly Curtis had an idyllic childhood. Living on the luxurious Upper East Side of Manhattan with her parents and two brothers, hers was a family others envied.

“My parents were literally characters from the best movie you could imagine,” Curtis explains. “My mother was gorgeous with a larger-than-life personality. And there was no man more dapper than my father. Town & Country even included us in an exclusive feature of high society families who lived well in New York.”

But fortunes changed drastically when her parents divorced. “My father left us and pretty much never looked back,” she says. “My mother did the best she could to keep us going.”

Unknown to Curtis at the time, her mother suffered from depression and a bi-polar disorder that was kept in check when her mother took her medicine. But when she didn’t, Curtis and her brothers were often left to fend for themselves.

“My little brother and I would wade through the fountain near our apartment building looking for change,” Curtis remembers. “We’d then head to McDonald’s and place our favorite order, ‘large fry, small fry, medium orange.’ We’d play with strangers at Central Park until it was dark. We didn’t really understand that this wasn’t normal.”

Curtis’s life changed forever when her mother tragically ended her life. “My mother’s family came in and sold everything of value and threw away anything that wasn’t,” Curtis says. “In one wild swoop, they erased my childhood. No photos. No books. No toys. Not even my cat. Nothing was kept.”

She and her brothers bounced between relatives and boarding schools until she finally found herself at Northwestern University for college.

“I clearly remember there was this girl in my dorm who got all of this attention because of an eating disorder she had,” Curtis explains. “I’d never known anyone who would binge on food and then make themselves throw up. But it was all anyone could talk about.”

It wasn’t long before Curtis herself turned to bulimia to gain control in her otherwise chaotic life. “I did my best to keep this secret to myself. I was so full of shame I couldn’t bear anyone knowing what I was doing.”

Eventually, Curtis’s aunt realized there was a problem and had Curtis admitted to a hospital.

“I was in a place that was completely unable to address my needs,” Curtis says. “No one knew how to talk to someone with an eating disorder.”

Desperate to get better, Curtis sought out ANAD, the National Association for Anorexia Nervosa and Associated Disorders. “When I finally made contact with ANAD and began working with their counselors, it was the first time I really felt understood. They knew how to help me get at the core of what I was dealing with,” she adds.

Now more than two decades in recovery, Curtis has written a book Large Fry, Small Fry, Medium Orange in the hopes that her story will provide comfort to others. Part memoir, part “how-to,” Curtis’s intention is to be the voice and advocate for those in crisis—just the person she needed when she was facing her own. In the last several years, Curtis has been certified as an Eating Disorder Intuitive Therapist (EDIT )™, Recovery Life Coach, ANAD Support Group Leader, and Mental Health Advocate.

“People from our community know me as a mom, or the dance instructor ‘Miss Holly’ from the Lake Forest and Lake Bluff Dance Academy, but now I want them to see me as someone who can help them through a difficult time they are facing with eating,” she adds. “My mantra is to ‘lead with love.’ That is the place where I come from and am committed to be.”