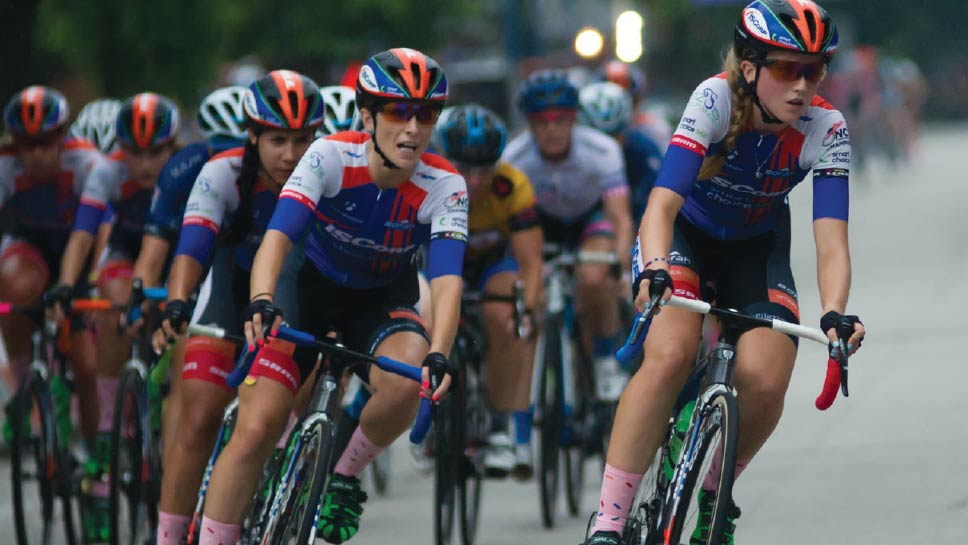 They say it takes a village, and what better village to establish an annual event that combines a professional-level bicycle race with a huge town block party than Lake Bluff?

What began as one man’s goal to establish a bicycle race on the North Shore has evolved into one of the most anticipated community events of the summer that is expected to draw 4,000-plus attendees this year. Saturday, July 22 will mark the sixth annual Northwestern Medicine Lake Bluff Criterium & Block Party, featuring multiple bicycle races beginning at 9 am and continuing throughout the day with local food vendors, as well as craft beer and live entertainment courtesy of Lake Bluff Brewing Company on tap from 4 to 11pm—all in the vicinity of the charming gazebo and village green that personify the community spirit of Lake Bluff.

Founder of the inaugural Prairie State Cycling Series in 2012 and longtime amateur cyclist himself, Marc Colbert had worked with professional cycling teams (including Team Type-One) for several years and also helped promote bike races in Glencoe and Evanston, when he had a vision to establish a new caliber of bicycle racing on the North Shore. A uniquely American style of bike racing, criteriums are extremely fast, intense races run on a closed-off course of about one mile, often in and around the central business district of a town. This type of short course gives cycling fans a chance to see the riders come around every few minutes.

As an independent promoter, Colbert was tasked with coordinating all aspects of the first annual event including sponsorship, logistics, and the plethora of other details necessary to put together an event of this magnitude, not the least of which includes police, fire, and medical personnel.

“Bike races only happen in the United States through sponsorship,” Colbert says. “Northwestern Medicine, Knauz Auto Park, and Lake Forest Bank & Trust have been with us since day one.” Additional sponsors this year include ULINE, Heinen’s Grocery Store, and Pasquesi Home & Gardens, to name a few.

In the second year of the race, Intellegensia Cup powered by SRAM came on as a title sponsor of the multi-day omnium road cycling series and expanded the event to seven races in as many different days and locations. In 2014, the series grew to eight races and will this year run for ten full days from July 14 to 23. The race begins and ends in Chicago, traveling to different towns each day—including Glen Ellyn, Willow Springs and Elmhurst—with the Lake Bluff criterium taking place the second to last day.

“For bike racers, it’s better to have 10 consecutive days of racing,” explains Colbert. That’s one of the elements that has turned this into an international-caliber cycling event and that attracts some of the best amateur cyclists from around the world, including the highest level—Category One racers—considered equivalent to professional cyclists.

Some of the noteworthy bike racers and teams expected to participate this year include Tina Pic, six-time U.S. national criterium champion; Laura Van Gilder, a 20-year veteran road racer with hundreds of victories in her palmares; and Dan “Hollywood” Holloway, a fast sprinter who has won numerous national championships. International teams participating include the highly competitive Team Kern-Haus from Cologne, Germany racing for the third year in this event; a New Zealand team attending and racing for the first time; and a team from La Bouscat, France, which also happens to be the sister city of Glen Ellyn—one of the stops on the ten-day race.

Since its inception, the series has added new categories of participants and races. In 2015, the number of categories for women was expanded. In 2016, a new junior category was added to support the development of younger racers. Hand-cycling (sponsored by Rehabilitation Institute of Chicago) was also added last year allowing disabled cyclists, including some veterans, to compete. Additional races include the Fyxation Open portion of the event, which allows riders of fixed gear bicycles—with no gears or brakes—to participate, as well as the highly popular kids bike race.