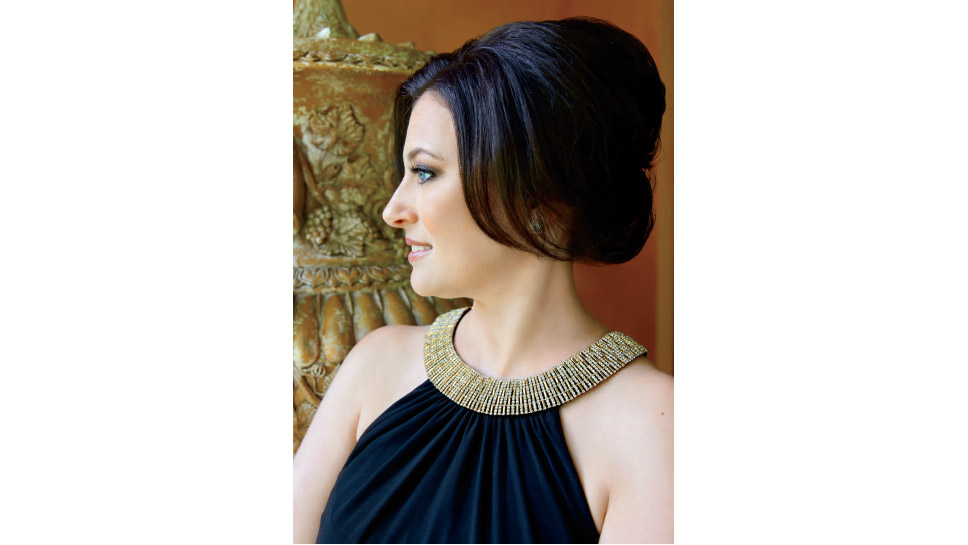 Growing up in a prominent Winnetka family, Linda Bloom had the kind of intellectually-stimulating childhood one might imagine. She traveled the world from an early age, raised in a home filled with classical music and the opportunity to engage with heavy hitters in government and law.

But she would be no ordinary North Shore girl. In fact, Linda Bloom has never been an ordinary anything.

A classical flutist, she divided her days as a New Trier Township High School student between high-achieving academics and playing with the Chicago Youth Symphony Orchestra (CYSO)—jet-setting around the globe to world-famous venues. The talented young protégé played at Orchestra Hall in Chicago and Carnegie Hall in New York. She played with the Vienna Boys Choir in Europe and performed in Germany and Austria.

Impressive as that was though, it was just the beginning. Influenced by father Jack Levin, a senior partner at the law firm of Kirkland & Ellis and pioneer of the modern private equity industry, the numbers-and-logic minded Bloom applied to Harvard University.

“I knew I loved music, but when I graduated high school, I kind of felt like I had done it,” says Bloom. “It was so fun to travel with these kids who had all obviously pushed so hard for something and were obviously successful. My attitude was like—I love doing this, but it’s not going to be my career.”

Today Linda Bloom divides her time in a different way. By day, she works at Shore Capital Partners as the chief financial officer and head of investor relations, with a sleek downtown office overlooking the Chicago River and the hustle and bustle of Chicago’s financial district. By night, she is back home on the North Shore in the historic Lake Forest estate where she has raised her own family. 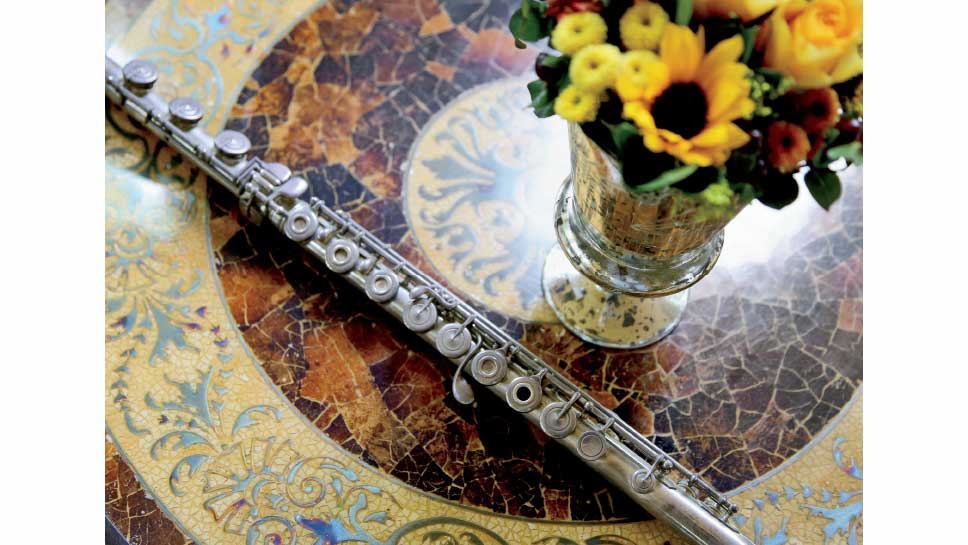 “It’s this exciting, fast paced, strategic world, and I really enjoy that,” says Bloom of her work at Shore Capital, explaining that the health care private equity firm purchases health care companies, then works with management to strategically increase value and eventually sells them. “I love strategy and logic. My friends mock me, but in my spare time I do numbers puzzles and logic puzzles. We’ll be on an airplane and they’re like, ‘Linda’s doing her math homework.’ I love it.”

In all reality, what she does at Shore Capital is more Carnegie Hall wow than “math homework.” Their most recent fund closed on April 1 at $190 million, bringing Shore Capital Partners’s assets under management to $350 million.

Once again, she impresses with success. But that’s just one layer on a life built on achievements and passion.

A recent visit to Bloom’s Lake Forest estate is like opening a scrapbook of her life. In what was once a billiard room at the century-old property, her treasured flute is polished and proudly on display. The elegant dining room is waiting to welcome a majestic dinner party and the ballroom is anchored by a grand piano and chess set befitting royal children. And yet in the midst of such elegance and grandeur, one can’t help but notice that fine works of art on the walls are upstaged by beautifully framed photos of her two daughters, Cami and Ashlyn.

By the time Bloom became a mother, she had already traveled the path of artistry through classical music. She had tasted the fast-paced thrill of the finance industry—working as a financial analyst for CIVC and Willis Stein & Partners before returning to Harvard for her MBA and coming back to Chicago to work as a strategy consultant for the Boston Consulting Group.

However, she says motherhood unlocked something completely new and entirely fulfilling—a passion that would guide every decision to come. 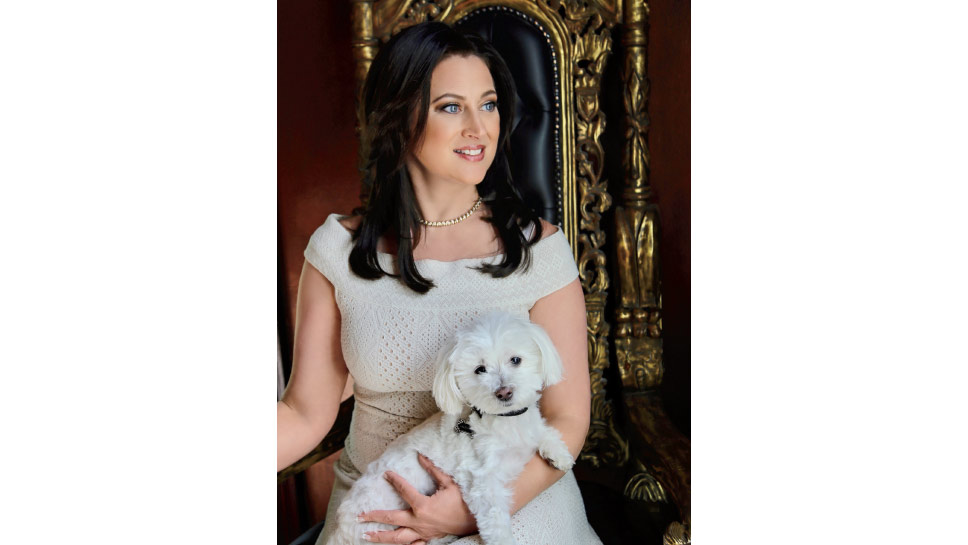 “It was the best,” Bloom says. “We lived in the city up until I was nine months pregnant and all of a sudden—boom—we bought a house in Lake Forest, and I never looked back. I’m in the same house 16 years later, and it’s been amazing.”

She stepped from the company of America’s rich and powerful (U.S. Supreme Court Justice Ruth Bader Ginsburg officiated over her marriage, for example) into Lake Forest’s also powerful network of engaged parents.

“I made so many wonderful friends with kids the same age and play groups,” she says. “It was an incredible experience and I am still friends with so many of those Lake Forest moms today.”

As play groups gave way to longer days at school, Bloom, ever the go-getter (and never ordinary), created a company called Lu Lu Lu Custom Stationery Design, handcrafting unique stationary for charities, schools, and personal use. Relying on her natural abilities to collaborate and motivate, Bloom focused on partnering with local organizations and forming strategic alliances.

Four years ago, as Bloom’s children became busier at school and with after-school activities, she decided to dive back into the finance world. Shore Capital Partners had just sold their first company and Managing Partner Justin Ishbia was looking for a CFO. 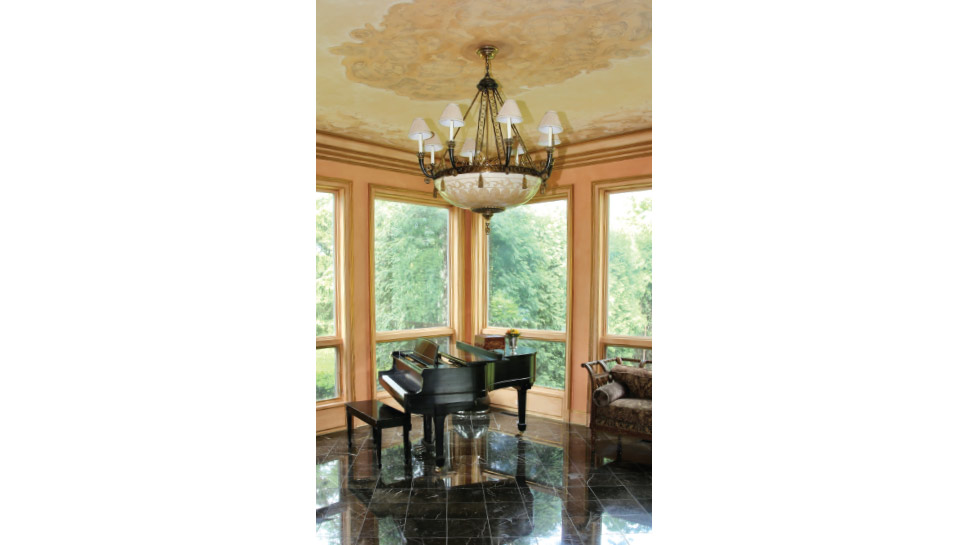 While there may be some truth in the adage “you can’t have it all,” Bloom’s life, so far, is an example that where there is balance, there is harmony. From Carnegie Hall to the board room, from a downtown high-rise to a tree-filled Lake Forest estate, she is anchored not just in one more achievement, but in doing what matters most—creating a stimulating environment for that next generation to flourish.

“At this point in my life, I need flexibility, because everything revolves around my kids,” Bloom explains. “In an ideal world, any free time they have, I get to be a part of. I wouldn’t have it any other way.”