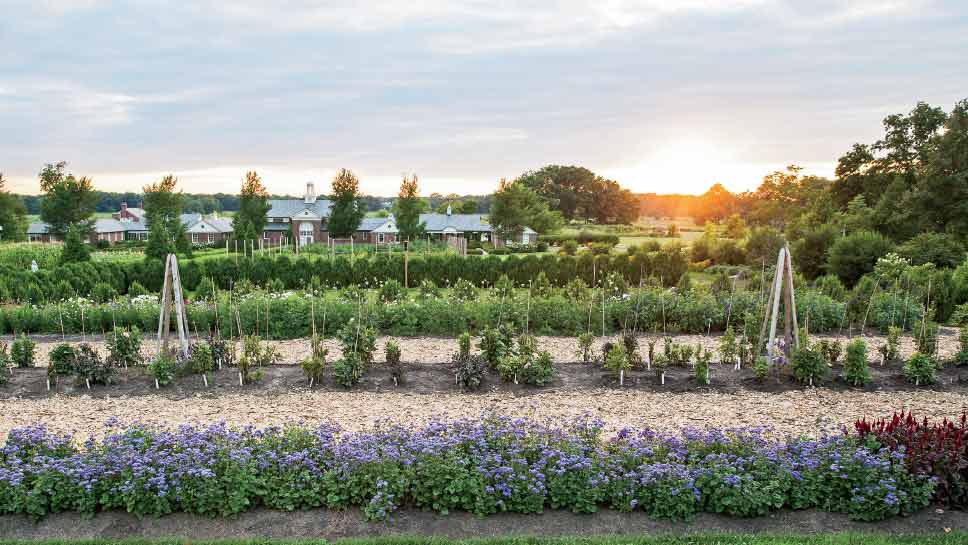 One hundred years after an elegant weekend “farm” estate was built for meatpacking scion A. Watson Armour, Elawa Farm Foundation prepares to celebrate the historic property’s anniversary and an innovative partnership that has preserved it for generations to come.

It was meant to be a weekend place, one of those gentleman’s farms that were in vogue in the early part of the 20th century. Built for one of the most powerful families in Chicago, Elawa Farm Group had a powerful pedigree to match—with renowned architects David Adler and Alfred Hopkins working together to fulfill A. Watson Armour’s vision for a bucolic escape from his tony 1200 Lake Shore Drive address.

With 128 acres sprawling out across the still emerging Lake Forest countryside, the priority was creating a retreat from Chicago life. There would be a picnic grove and horses. It would function as a working farm but it would also provide ample space for the family to stretch out and enjoy fresh air in formal gardens. Plans for an elegant Georgian Colonial Revival main house (drawn up by one of Adler’s employees) were abandoned early in the process in favor of more modest gatehouses with an adjoining courtyard—completed by Adler in 1917. 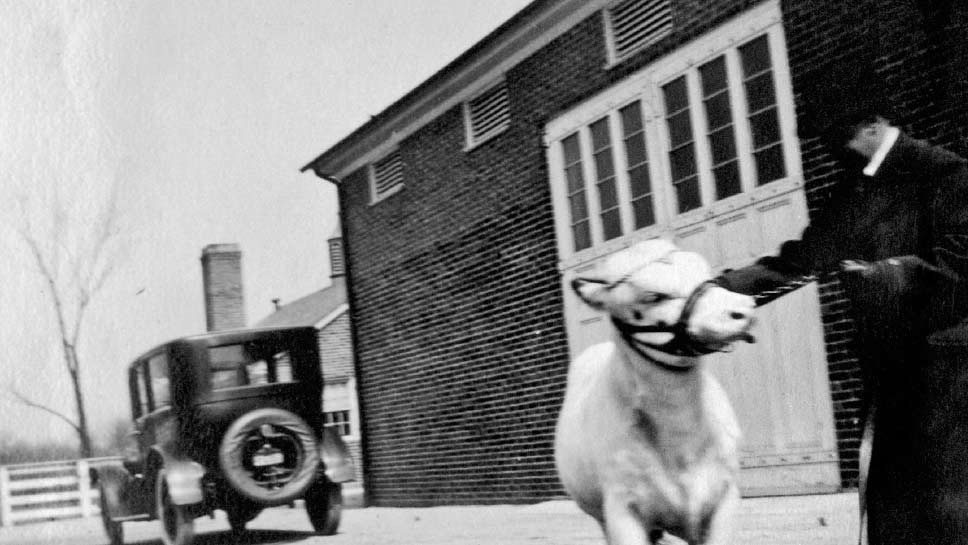 A scene from the early years at Elawa Farm

It was, as writer John Burroughs once said, “a sweeter time” in American history.

Vestiges of what remains of that time, and that legacy, could have been lost forever were it not for a partnership initiated when the City of Lake Forest acquired a 16-acre parcel of land in 1998—including the original farm complex buildings—and created what is now known as Elawa Farm Foundation.

Adjacent to ecologically significant Middlefork Savanna, the purchase paved the way for an innovative partnership of public and private organizations to collaborate in the preservation and use of a piece of architectural history.

Detail of the back of the Armour building

“Having grown up in Lake Forest, moving away for a while and then moved back about 20 years ago, the opportunity to be closely involved with a Lake Forest and Lake Bluff treasure is a responsibility I don’t take lightly,” says Joanne C. Miller, explaining that she joined Elawa Farm Foundation in 2008 in a community development role before being appointed as executive director. “I have been able to participate, along with the community, as Elawa Farm has grown. What a wonderful asset that the greater Lake Forest and Lake Bluff community has at its doorstep.”

As a public private partnership—dedicated to the preservation and stewardship of a unique combination of a natural setting, designed landscapes, and buildings of architectural and historic significance—Elawa Farm Foundation supports and manages the site as a nonprofit organization.

On June 16, Elawa Farm Foundation will begin celebrating the storied property’s 100th anniversary with a gala event titled “Elawa Farm’s 100th Summer: The Centennial Begins.” The gathering will bring together long-time supporters and members of the community who made it all possible.

“Built in 1917, Elawa Farm is one of the few remaining examples of the country estate era in Lake Forest, which was a foundational period for our city,” Miller explains. “We do not receive tax dollars to support our ongoing operations, making us depend on program enrollment and donations. This keeps us moving forward and on course, to provide the wonderful asset we are proud to be a part of for the greater Lake Forest, Lake Bluff community.”

Elawa Farm Foundation offers a variety of programming throughout the year that enriches visitors of all ages—from hands-on learning opportunities to living history exhibits to the popular organic garden market, held two days a week during summer.

The centennial celebration this summer will also include a new exhibit that highlights the history of gentleman’s farms and what distinguishes Elawa from others in country. It will also include a history of the Middleforlk Savanna, the stories of the families who lived there, and information about how the public-private partnership of the Elawa Farm Foundation has readied Elawa to face its next century.

“This centennial celebration in many ways opens a new chapter of possibilities for Elawa,” adds Miller. “I can’t wait to see what the future holds.”

Elawa Farm is located at 1401 Middlefork Drive in Lake Forest. For more information about upcoming events and the centennial gala, call 847-234-1966 or visit elawafarm.org.