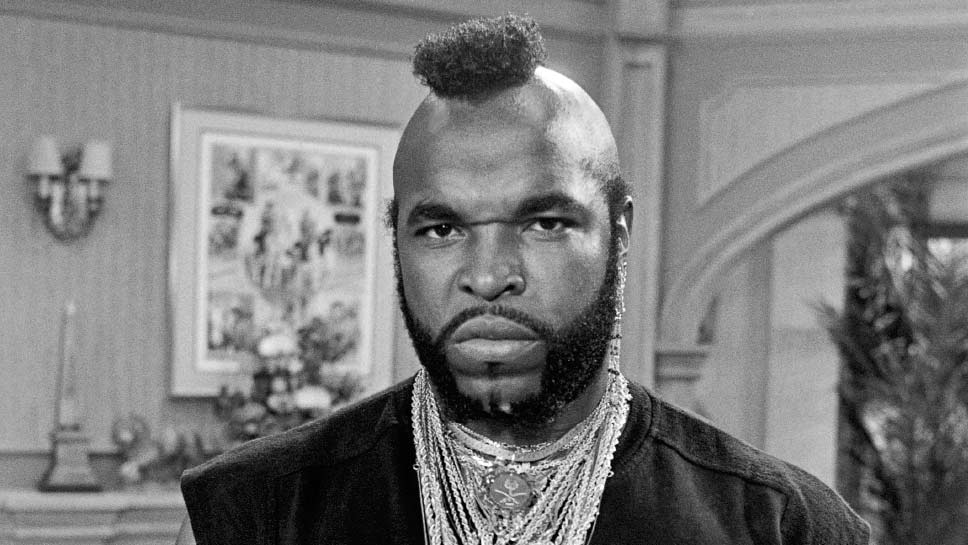 The years that actor Laurence Turaud—better known as the boisterous, gold-chain-toting Mr. T—called Lake Forest home were like something out of a 1980s sitcom: Larger-than-life Hollywood star moves to one of the preppiest towns in America, brazenly chops down more than 100 trees on a historic estate (in what the national media called “The Lake Forest Chainsaw Massacre”), and pumps gas in a fur coat (in August no less). With his former residence, Two Gables, back on the market, we revisit the era in Lake Forest history that no one can forget. PHOTOGRAPH PROVIDED BY GETTY IMAGES

When the historic Two Gables estate hit the market earlier this year, local headlines weren’t about the famous East Coast architect who built it. Or the famous meat-packing family that called it home for more than 70 years. Or the other famous architect that family hired to extensively rehabilitate the property after a 1928 fire.

No. This home’s claim to fame was all about one larger-than-life resident who blustered into town in 1986 and made an impression most Lake Foresters will never forget (even if they wanted to)—the one and only Mr. Laurence Turaud, aka Mr. T.

“In a town full of men wearing pink and green embroidered shorts and popped collars, nothing was more exciting than seeing Mr. T walking into the Jewel with biker shorts, no shirt, a full-length fur coat and, of course, his iconic Mohawk and stacked gold jewelry,” recalls Anne Iacubino of Lake Bluff.

He was the anti-prep. The rebel. The outsider.

He played ex-Army special forces soldier B.A. Baracus on the NBC television series, The A Team. He was boxer Clubber Lane in Rocky III. He had a cartoon and had appeared on NBC’s Diff’rent Strokes.

With a comic catch phrase that he “pitied the fool” who challenged him, all delivered with bare chest, gold chains (some reportedly valued at more than $300,000), and a signature Mandinka warrior hairstyle, Mr. T was a force—even in Hollywood.

So just imagine what it was like the day that Mr. T, who grew up in one of Chicago’s poorest neighborhoods, strutted into town and signed the papers on Two Gables, which had lovingly been called home by the Armour meat-packing family for more than seven decades.

“I was in class with Leesa Clark, Mr. T’s daughter, at Lake Forest High School,” says Joanne Yorro of Lake Forest. “She was awesome. Mr. T came to our graduation wearing white spandex, a white tuxedo coat, no shirt, and his gold chains.”

He was friendly and he was flamboyant. But what got Mr. T into trouble, and drew attention around the nation, was a 1987 decision to cut down more than 100 mature oaks on his Two Gables estate.

“In this wealthy old community, a bastion of gentility and reserve, the leading citizens would hardly be expected to greet Mohawk hair styles,” started a May 29, 1987 article in The New York Times. “But in the case of Mr. T, the gruff, burly, television actor, it was not the way he trimmed his hair that sent this Chicago suburb into an uproar, but rather the way he trimmed his property.”

The reasoning behind such an affront to nature? He said he was allergic, which instead of quelling the outrage, only stirred it.

“I’ll never forget when Mr. T cut down all of his trees,” says Teri Albus of Lake Forest. “That happened around the time of the Lake Forest Beach being restored. On opening day of the beach, every bench was branded with loving plaques saying ‘A gift from…’ etc. On the wood pile, next to the fireplace, someone labeled the stack of wood as a ‘A gift from Mr. T.’ I also remember Mr. T driving around in his Rolls Royce passing out fliers when he was running for mayor. What a character he was.”

Oh, yes. He ran for mayor. Most people forget that, though no one took him seriously.

For the most part, most long-time Lake Foresters remember Mr. T as an entertaining local figure. His nationally-dubbed “Lake Forest Chainsaw Massacre” aside, he was seen as a kind, though intentionally ostentatious, neighbor.

“One time, I mustered up the courage to say ‘Hi, Mr. T!’ He turned around really fast, gave me his famous point-pose, and then melted into a huge kind and sweet smile,” says Iacubino. “He seemed to really enjoy staying in character for the kids in town.”

Character is an understatement.

John Looby III, owner of Lake Forest Flowers, says that Mr. T (who lived right around the corner from his shop) visited often, many times in floral spandex with no shirt.

“I used to get a kick out of him standing at the end of his driveway and telling the kids going to St. Mary’s School to ‘don’t be a fool, stay in school,’” says Looby.

Mr. T also made a lasting impression on Mia Waligora of Lake Forest.

“I remember seeing him at the mini mart uptown, pumping gas, in a full length white fur coat, fur hat, in the middle of August,” she says.

The Turaud family didn’t end up staying that long in Lake Forest, all things considered. After a few years, they sold the estate and moved on. Reports even indicate that Mr. T shed his signature gold jewelry after volunteering during Hurricane Katrina, saying that it was too garish to display such opulence in a world where so many people are lacking.

But one thing is for certain, as evidenced by reports on the sale of Two Gables. The real-life sitcom that was Mr. T’s life in Lake Forest may have come to an end, but his presence is not easily forgotten. The reruns of those images and stories are just way too much fun.

Lake Forest resident and Contributing Editor Ann Marie Scheidler, who has her own teen-aged memories of seeing Mr. T around town in his red convertible Rolls Royce, contributed to this story.