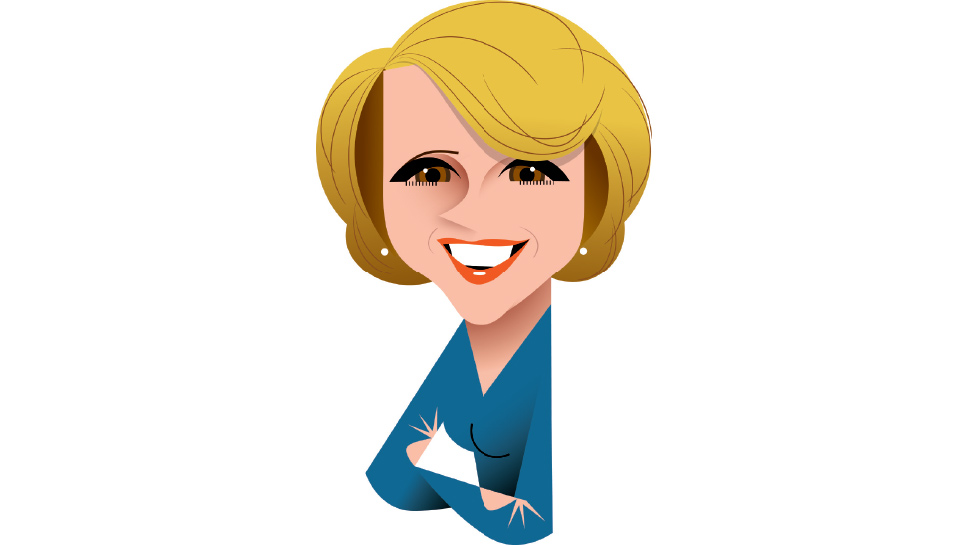 Wherever New York Times bestselling author Melanie Benjamin goes — whether it’s an author’s talk in Palm Springs or a book signing in Manhattan — there’s always one question her fans want answered most of all:

How did she do it?

How does a former PTA mom from Indianapolis—someone who found herself staring down the barrel of 40 with only a smatter of parenting columns to her name —suddenly transform herself, almost by magic, into an acclaimed author?

Today, she’s produced a bookshelf full of historical novels that focus on the untold stories of famous women, from an insightful exploration of Anne Lindbergh’s troubled life in The Aviator’s Wife to a delightfully dishy look at the fragile bonds between socialite Babe Paley and Truman Capote in The Swans of Fifth Avenue.

How, her fans want to know, does that happen? Where does she find her inspiration? And where exactly is she hiding that fairy godmother of hers?

During most of her talks, Benjamin only has time to offer the broad outlines of her story. But seeing that she’s the featured speaker at this year’s Book Lovers’ Lunch at Bernie’s Book Bank in Lake Bluff, she’ll have the opportunity to flesh out her story in more detail.

After all, the event celebrates the power of literature and, as far as Benjamin is concerned, the one magical element in her rise to prominence has been the unwavering presence of good books in her life.

But there was one book in particular, she says, that made a deep impression on her: Ballet Shoes by Noel Streatfeild, which followed the journey of three orphans adopted by an elderly paleontologist in pre-World War II, including one who falls in love with ballet.

“It was the first time I realized I wasn’t a freak for being dreamy,” she says, “for wanting to create and live in my own imaginary world.”

As a young woman, Benjamin dropped out of college to devote her time to theater in the Midwest, a decision that would pay dividends when she decided to write.

“I loved putting on costumes and make-up and pretending to be another person,” says Benjamin. “When I write about people, I have to completely get inside their skin. It’s like a magic trick. I have to become a kind of ventriloquist for that character’s voice.”

Fortunately, her love of books and the theater pushed her to “fill up her creative well” with trips to art galleries, talks, and museum exhibits, which she continued to frequent while she was raising her family.

Then one day, over lunch, a dear friend let slip an off-the-cuff remark that turned into a life-changing moment. “I always thought that you’d become a writer.”

And then it just happened. Like the magical moment in Noel Streatfeild’s book when Posy slips her feet into a pair of ballet shoes and she find that they feel just right.

It was far from smooth sailing, however. Originally, Benjamin wrote a couple of modern romance novels under her real name, but she could tell they didn’t feel quite right. Fortunately she happened upon an exhibit filled with photos taken by Lewis Carroll, the author of Alice in Wonderland. And she began to feel that old itch again, a desire to slip into the skin of the real Alice and explore what happened in the years following her debut in Carol’s book.

In short time, her first historical novel, Alice I Have Been, was born. Others followed, including books centered around Mercy Lavinia Bump (The Autobiography of Mrs. Tom Thumb), Anne Lindbergh, and Babe Paley.

Each book acts as a kind of autopsy on how very complex men and women get reduced into one-dimensional figures due to the reductive glare of the public spotlight. They are, says Benjamin, exercises in empathy.

“I truly believe that the best education you can have in becoming a writer,” says Benjamin, “is simply to be a good reader, because it’s books that do the best job of teaching us how to walk in other people’s shoes. “

Melanie Benjamin will be the featured speaker at Bernie’s Book Bank’s annual Book Lovers’ Lunch on May 12. For details, visit berniesbookbank.org.