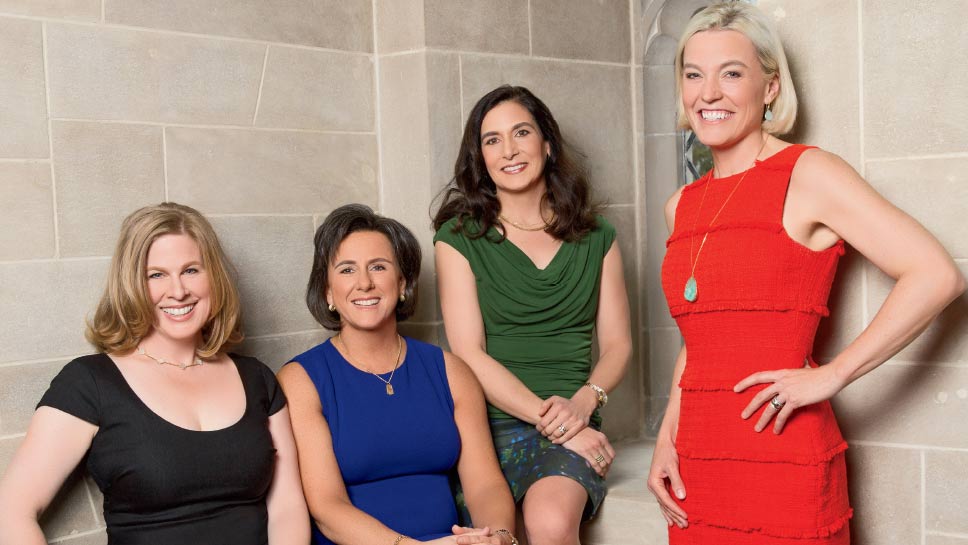 The biennial Lake Forest Showhouse & Gardens is a nationally regarded exhibition of luxury design. But behind the scenes of this formidable Infant Welfare Society fundraiser is a team of dedicated volunteers, led by a legion of co-chairs working around the clock, summer through spring, to make sure the show house goes on. PHOTOGRAPHS BY ROBIN SUBAR

Lake Forest resident Katie Ford never dreamed she’d be waking up inside architect Howard Van Doren Shaw’s Historic Preservation Award-winning English country estate. But planning a show house is a lot of work, and one day earlier this year, while working one of her volunteer shifts, Ford lay down for a rest on a narrow, pillowed bench next to the great room fireplace.

“I was so tired I laid down right there and took a nap,” she laughs, gathering at the 1922 Shaw estate one recent morning with her three fellow co-chairs of the 17th Lake Forest Showhouse & Gardens, which opens later this month. “The best part of this whole experience for me has been working with these three amazing, smart, kind, and dynamic women I call my dear friends and co-chairs. We have bonded for life by this entire event, and it hasn’t even started.”

Since last summer, Ford and co-chairs Sara Pickus, Sue Slaughter, and Elizabeth Nemickas have been organizing, strategizing, and delegating tasks involved in putting together one of the most highly regarded show houses in the country.

“We first go through the process of finding a house, and that sometimes can take months,” explains Ford, who joined the Lake Forest Chapter of the Infant Welfare Society (IWS) of Chicago as a board member in 2009. “We found a house in October, then we began the process of inviting, choosing, selecting, and orienting the designers.”

Committees were formed. Dates were chosen. Fundraising commenced. And amidst it all came the great “ask” of everyone they knew, whether it be for a donation or a connection to that next person who could make it all happen.

“Literally, the ball gets rolling,” explains Pickus, a member of the IWS board for more than seven years. “The chairs work with their respective committee chairs, but we also discuss issues and collectively make decisions together. It is comforting to know the women on our board are very talented, wonderful, capable women. They are a phenomenal group who are all willing to get along.”

Nemickas says the best way to explain it is to compare it to a puzzle. Once a house is selected, the rooms must be inventoried and assigned to a designer.

“We often don’t have enough rooms to accommodate the many talented designers who wish to be involved,” explains Nemickas, who began volunteering for the Lake Forest Showhouse & Gardens in 2003 and joined the IWS board in 2008. “We try to find a balance of allowing designers to create their dream spaces while making sure the house flows well and taking into consideration the homeowner’s needs.”

This year’s Lake Forest Showhouse & Gardens will open April 29 and remain open for tours seven days a week until May 21. More than 30 interior and landscape designers have been selected to transform the historic east Lake Forest estate—which includes designing most of the rooms in the five bedroom, five-and-a-half bath main house and coach house, as well as several outdoor patio and garden areas. A series of special events are planned to go along with the show house tours, including some at private homes.

Internationally-known interior designer Mark D. Sikes will lecture and sign copies of his new book, Beautiful: All-American Decorating and Timeless Style, on Sunday, April 30. Tickets to that event are $135 per person, which includes a tour of the house and its grounds and a copy of the book.

All proceeds of the biennial event benefit IWS, an organization that provides an array of services to children, women, and men of Chicago’s working poor via its Logan Square clinic.

“Multiple visits to the clinic have shown me first-hand the importance of the funds we raise, both from our chapter and the auxiliary as a whole,” says Pickus. “Knowing the clinic assists underserved families reminds me of my Armenian grandparents who came to this country after escaping genocide to begin a new life here as Americans. Infant Welfare Society helps families that I believe are much like my relatives who came here in the early 1920s. In that respect, it hits a personal chord with me.”

In the end, the co-chairs agree that what matters most is the result of the work they are doing—helping babies and building families.

“I was attracted to the opportunity to be part of something special,” says Slaughter, whose work involves overseeing committees, volunteers, and house operations. “The Infant Welfare Society of Chicago’s roots are in helping children in need. There is no greater purpose than doing what we can to help the future.”

The show house event is held biennially since 1985, and has included some of the grandest estates in Lake Forest. Every event has its own story to tell, ones that the co-chairs know better than anyone.

“There are moments along the way, both funny and dramatic, that will bind us together for life,” says Nemickas. “As much work as it takes to pull the show house together, I can already feel that I will get far more out of the experience than I will have put into it. Most importantly, I am grateful to have had the opportunity to help make the IWS clinic’s work possible.”

As Ford explains, this is about more than just putting together a pretty house to tour. It’s about continuing a legacy.

“The idea that this organization started to provide milk for needy children over 100 years ago is mind blowing,” she says. “Here we are today, helping to provide integrated health care to those men, women, and children who need it most. It’s a humbling experience and worth every single minute.” 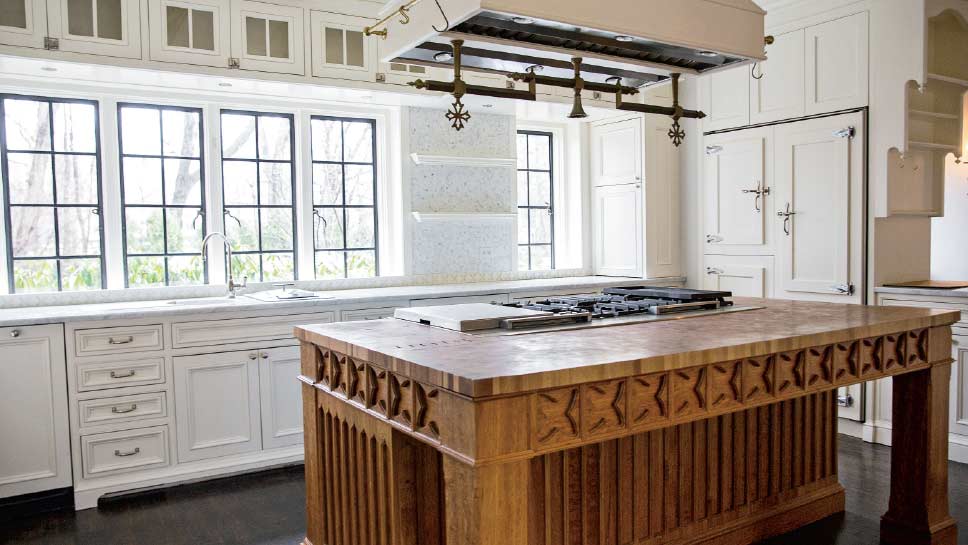 The show house kitchen, waiting to be transformed. 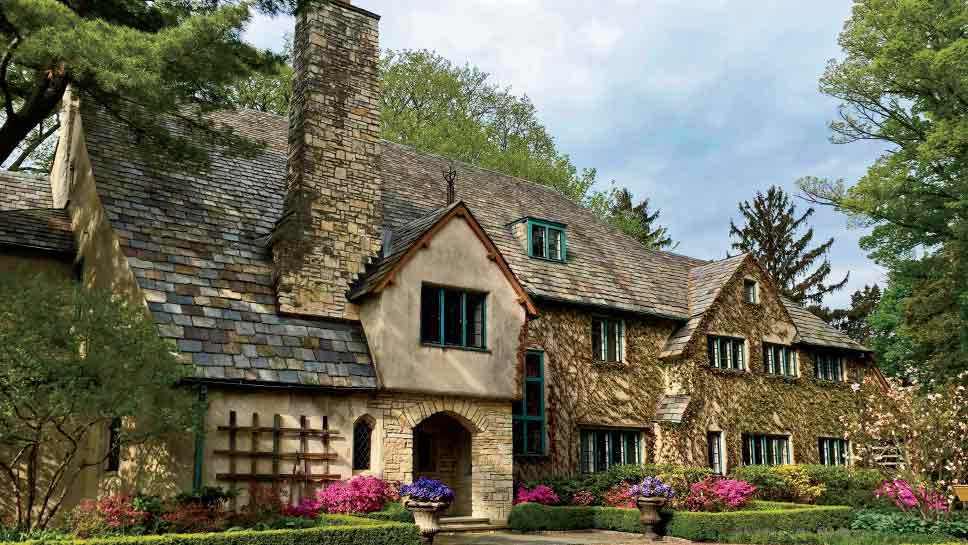