Some little girls play with tiny tea sets and dollhouses. Shelley Johnstone spent much of her childhood in Madison, Wisconsin immersed in the imaginary world of her future home. 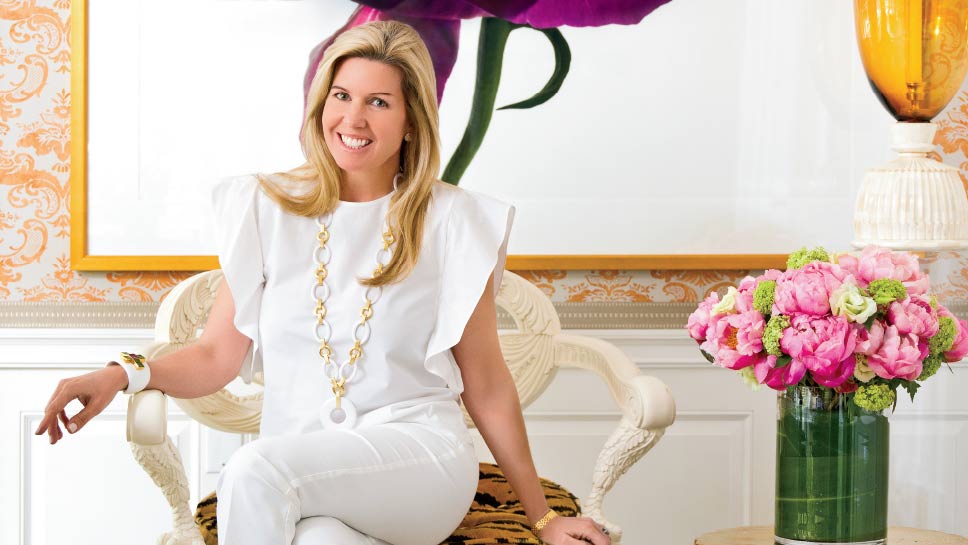 A native of Madison, Wisconsin, designer Shelley Johnstone has built a reputation for European-influenced interiors with a modern twist. As she prepares to transform a dining room at the Lake Forest Showhouse & Gardens this month, Johnstone draws on her formal training at London’s Inchbald School of Design to invoke Howard Van Doren Shaw’s signature English country house aesthetic.

“I remember sitting at my father’s drafting table with his tools, sketching elevations and floor plans of how I wanted my house to be someday,” says Johnstone, explaining that as the daughter of a landscape architect and flower shop owner, she grew up surrounded by beauty and creativity. “Landscape and garden plans were always included.”

After spending some time studying at the University of Wisconsin in Madison, the budding designer found her way to England, where she was trained at London’s Inchbald School of Design. An internship for a London-based designer exposed Johnstone to spectacular projects out of a posh Knightsbridge studio.

In many ways, working with some of the most discriminating clientele in London foreshadowed the work she would be doing later in life, here in Lake Forest and on the North Shore.

Today, Johnstone is nationally recognized for creating elegant, modern European-influenced interiors. Her projects have taken her from London to Newport to Naples. And while she could live anywhere in the world, once she fell in love with Lake Forest, she knew she could never leave.

“This truly is one of the most beautiful places to call home,” says the long-time resident in a recent interview in her impeccably appointed Lake Forest abode. “The architecture and gorgeous setting of Lake Forest make it truly unique. I am fortunate to have lovely clients who appreciate beautiful design and seek to honor what makes Lake Forest special by creating elegant homes that stand the test of time.

Later this month, those who walk through the 17th Lake Forest Showhouse & Gardens will get to see Johnstone’s vision for the dining room of one such property—a landmark estate designed by English architect Howard Van Doren Shaw.

“My inspiration for the dining room comes from the elegant country house aesthetic that Howard Van Doren Shaw did so brilliantly,” says Johnstone. “Beautiful architecture harmoniously situated in a tranquil garden setting create a relaxed elegance.”

This marks Johnstone’s sixth time designing a room for the Lake Forest Showhouse & Gardens. The event, a major fundraiser for the Infant Welfare Society of Chicago and its Lake Forest chapter, has brought together the area’s top interior and landscape designers to transform a significant Lake Forest property biennially since 1985.

Even though Johnstone’s reputation has secured her spots in more high profile events nationally—including an orchid show in Manhattan earlier this year sponsored by Veranda magazine—she says the ongoing connection to the show house is an honor.

“The Infant Welfare Board is an amazing group of women working tirelessly to provide quality, community-based health care to underserved children, women, and families in the Chicago area,” she says. “I truly enjoy the opportunity to work with the committed members of the show house board who are incredibly talented, and make the event so much fun to be a part of.”

At the time of this interview, plans for the 2017 Lake Forest Showhouse were well under way. The “bare bones” of the historic landmark property were being adorned with fresh coats of paint, wallpaper, and other aesthetic treatments.

Johnstone says while her designs have a reputation for modern European glamour, she intends her creation for this project to pay homage to Shaw’s architectural legacy in Lake Forest.

Expect the dining room to be very English, and very evocative of the manor houses he was known for.

“It is truly a room that is comfortable and pretty, mixing timeless pieces with modern elements to keep it fun and interesting while paying attention to the smallest details,” she explains.

At the same time, also expect Johnstone’s signature touches. Whether it’s a wall covered in luxurious fabric or exquisite lacquered finishes, she has a way of bringing an element of glam to everything she does.

“I can walk into a room and see it completed, just like I did when I was a little girl,” explains Johnstone, who will be hosting a private dinner for honorary Showhouse Chair Mark D. Sikes at her Lake Forest home later this month. “It’s a visual thing. I see color and fabric and texture, and then I pull it all together. So, in some ways, I never stopped playing house.” 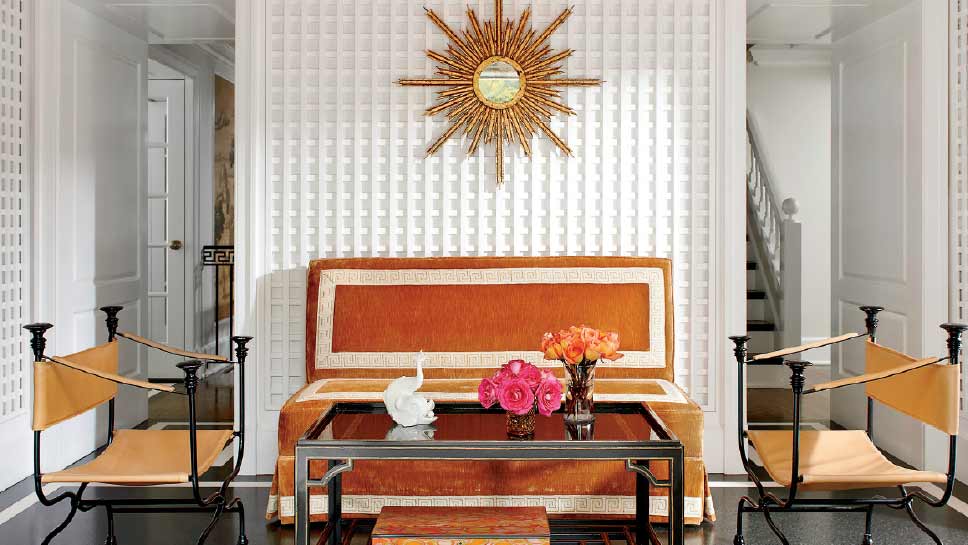 Johnstone uses bold colors and textures in her designs 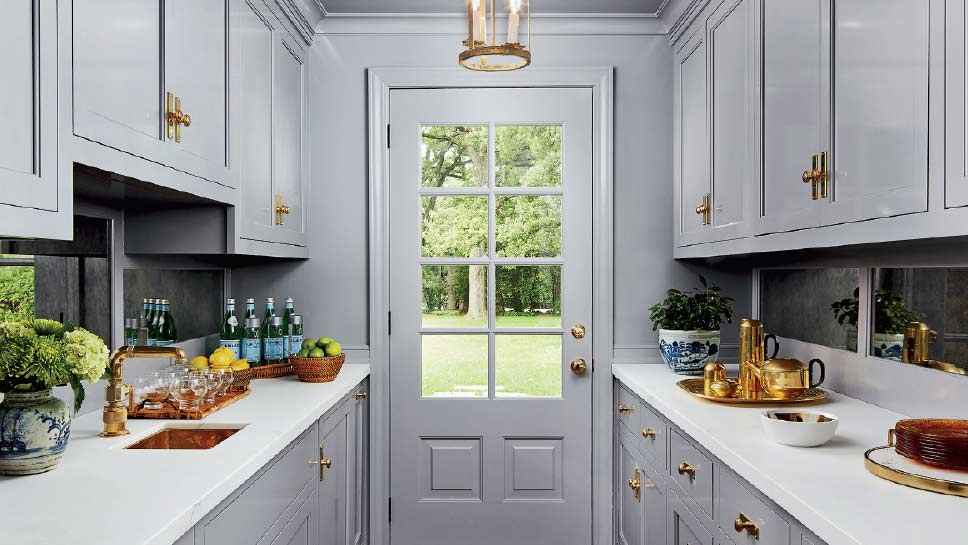 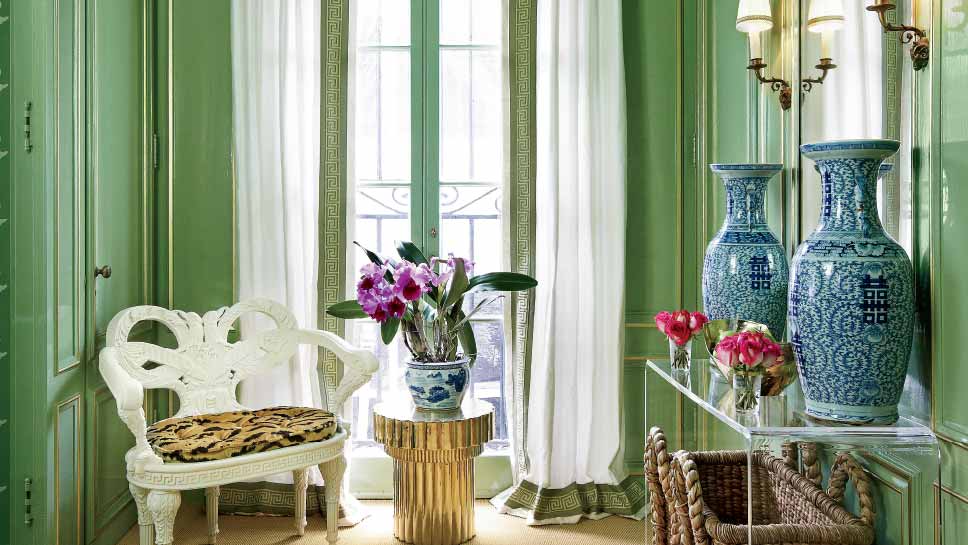