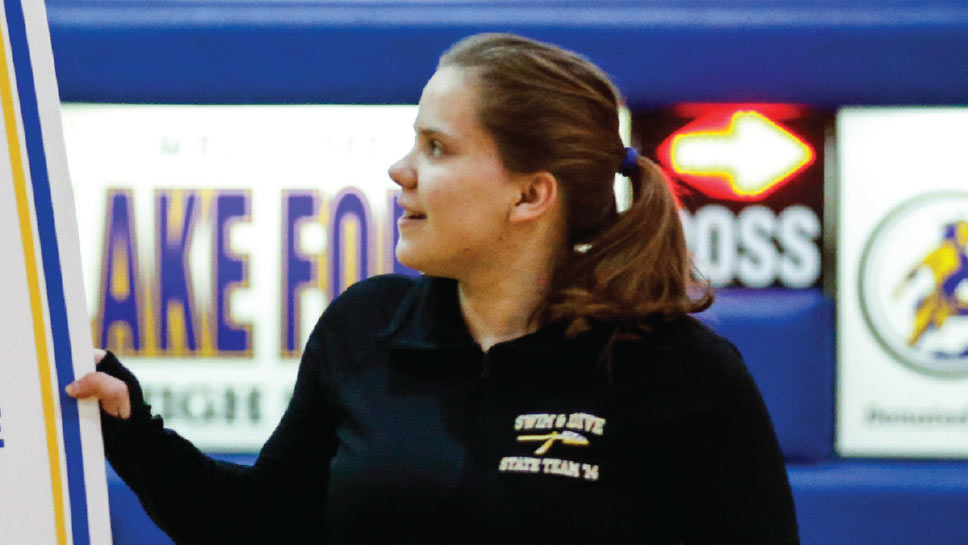 Lake Forest High School senior Ana Kohout makes a splash in the water and on the ice as one of GLASA’s standout competitors.

“We were down at the beach and Cindy came right up to my mom and me and asked if we had heard of GLASA,” says Kohout, who was born with spina bifida and has scattered paralysis below her waist. “Before GLASA, I was really focused on music, and I was terrible at it. When I started playing sports, I knew that’s where I wanted to be. I’m a competitor, and I just loved it.”

She has proven to be a force both in the pool and on the ice with sled hockey. In addition to competing with GLASA during her summer breaks from school, Kohout has swum with the Lake Forest Scouts aquatics team since she was 11 years old. At Lake Forest High School, she has been on the junior varsity and varsity teams and has won two state titles in the disabled division. She will continue to swim next year, likely at Beloit College, where she received their Presidential Scholarship.

“I’ve always felt free in the water,” adds Kohout, who hopes to major in elementary education. “It’s a chance to get out of my wheelchair and feel like everyone else. It’s also a great workout.”

She says she’ll miss her teammates most of all when she graduates from the high school this June. While GLASA has grown significantly since it was founded in 1999, training athletes who have competed all over the world—including the Paralympics, it has never lost its personal touch.

“GLASA is an extension of our family, for sure,” says Areta Kohout, Ana’s mother. “It provided a built-in network of parents who were experiencing similar challenges that we were.”

Inspired by the work she saw happening at GLASA, Areta teaches a weekly adaptive yoga class for those who are physically challenged in some way.

The GLASA Gala “Bikes, Blues, & Bourbon” will be held on Saturday, April 29, at the Lake Shore Harley Davidson showroom in Libertyville. The proceeds from this event will help GLASA provide year-round, daily adaptive sports programming and financial assistance for more than 60 percent of GLASA’s athletes through the Athlete Scholarship Fund. GLASA’s fundraising goals also include expanding its outreach to surrounding communities, such as Waukegan and North Chicago.

“GLASA gave me a chance to compete and to meet some amazing friends and role models,” Ana Kohout says. “I will always be grateful for this.”