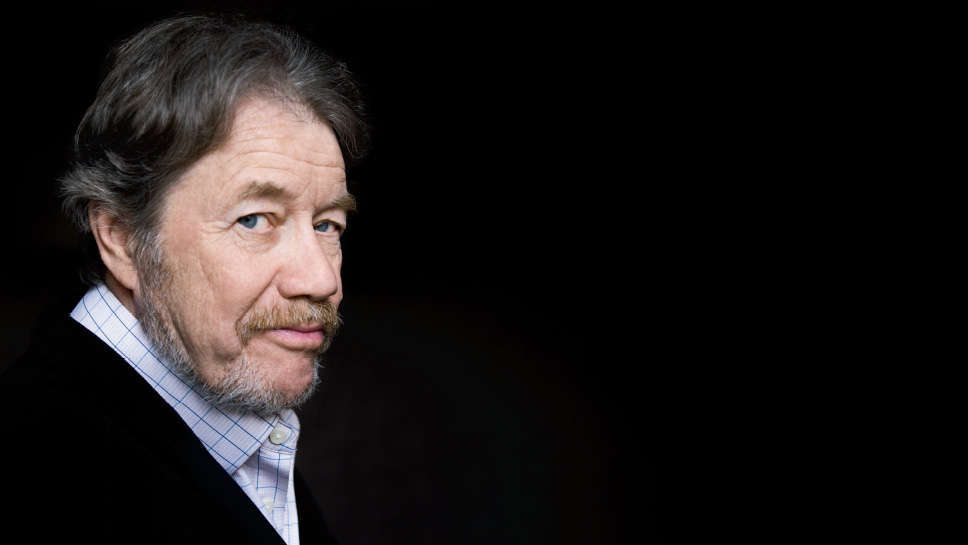 Lake Forest film producer Jim Kreutzer set out to take a trip with an ailing friend and ended up winning Best Feature Film at the Scottish Oscars. PHOTOGRAPHY BY FRANK ISHMAN

The story behind Lake Forest resident Jim Kreutzer’s latest feature film starts and ends with a crossing. On November 6, at the British Academy Scotland Awards, Kreutzer crossed the length of the room to take the stage and accept the award for Best Feature Film, the Best Picture at the Scottish Oscars. But it all began by crossing the Atlantic Ocean for a once-in-a-lifetime golf trip.

In 2010, a longtime friend of Kreutzer’s, Dr. Richard Borman, was diagnosed with ALS, a progressive neurodegenerative disease predicted to considerably shorten his lifespan. Kreutzer put everything on hold, determined to take Borman on a trip to play the legendary Old Course at St. Andrews Golf Course in Scotland, an experience they’d talked about for years.

To get into the spirit of the trip, he bought two copies of a book by Kevin Cook called Tommy’s Honour: The Story of Old Tom Morris and Young Tom Morris, Golf’s Founding Father and Son.

“The story behind the Morris family is of a true life, now-iconic family in Scotland that basically originated the modern game of golf and, in the process, broke class barriers,” says Kreutzer. “When I read this book I thought—why in the world has no one told this story? I called up the author of the book and said, ‘This is a great story. Are the film rights available?’ It was a cold call. I reassured him, ‘I don’t option film rights without making the movie. I will make your movie.’”

Kreutzer, by trade an endodontist—a dental specialist in the practice of root canals—first stepped foot on a set when he purchased a walk-on role for his wife Terri in the final season of the television show Cheers in 1993.

In conversation on the Cheers set, Kreutzer met a partner from a small production company that was looking for investors in small independent films. Though Kreutzer didn’t want to simply start writing checks, he was interested in helping put a movie together to see how it all worked.

The first was called Fever Lake, a PG-13 horror picture starring Corey Haim and Mario Lopez. They shot it in 1994 at Kreutzer’s parents’ lake house in Twin Lakes, Wisconsin. He used his uncle’s house down the road as a production office.

“Next thing I know there’s this pack of screaming girls outside my uncle’s house waiting for Slater from Saved by the Bell,” Kreutzer says. “Fever Lake was cheesy, it was terrible, but it made money. I was the executive producer, putting everything together.”

He followed that up with a romantic comedy called Just Write starring Sherilyn Fenn that gave Jeremy Piven one of his first shots as a leading man. It was also Kreutzer’s first hands-on producing role.

That led to a couple of family films, The Last Great Ride with Ernest Borgnine and Big Brother Trouble, once again starring Mario Lopez.

By then, the balancing act of having a successful dental practice in southeast Wisconsin and producing feature films on the side was starting to wear Kreutzer down, so he took a little breather from creating and developing movies. Until Tommy’s Honour.

From the time Cook optioned the rights to him, Kreutzer started spending weeks in Scotland meeting people who knew the story well and researching how to make the film a reality. He met Jason Connery, the son of actor Sean Connery, and hired him to direct the film once he realized they shared a vision for the project.

Keith Bank of Highland Park signed on as executive producer/producer, using his financial expertise to lock down financing and helped guide Tommy’s Honour into production in Scotland for a 34-day shoot in the late summer of 2014.

After completing post-production in London, Tommy’s Honour was selected to be the opening night film at the Edinburgh International Film Festival. It was a red carpet, black tie event, cameras flashing and celebrities smiling.

Roadside Attractions picked up the American distribution rights for Tommy’s Honour and begins its initial theatrical run in 32 cities on April 14.

“Some people will see this as a golf movie,” Kreutzer says. “But the reality is that it’s a family drama. It is full of universal themes: love, tragedy, fathers and sons, class distinction. Very strong, moving subjects that appeal to non-golfers as well. Golf is merely a backdrop.

Though he doesn’t want to solely focus on stories about hitting the greens, Kreutzer just wrapped post-production on an unnamed television pilot investigating the myths, legends, people, and history surrounding golf in the UK.

He’s also optioned another book set in the Isle of Lewis in Scotland, an emotional story surrounding several women during World War I.

“That’s the thing about stepping up your game a bit,” Kreutzer says. “ I am committed to finding and producing another award-winning movie. We’ve all only got so many years here, and it takes a couple years to get a project finished. My family is my real legacy, but I would like to touch a few more people with this unique profession where I can make a statement. Something I can be proud of.”