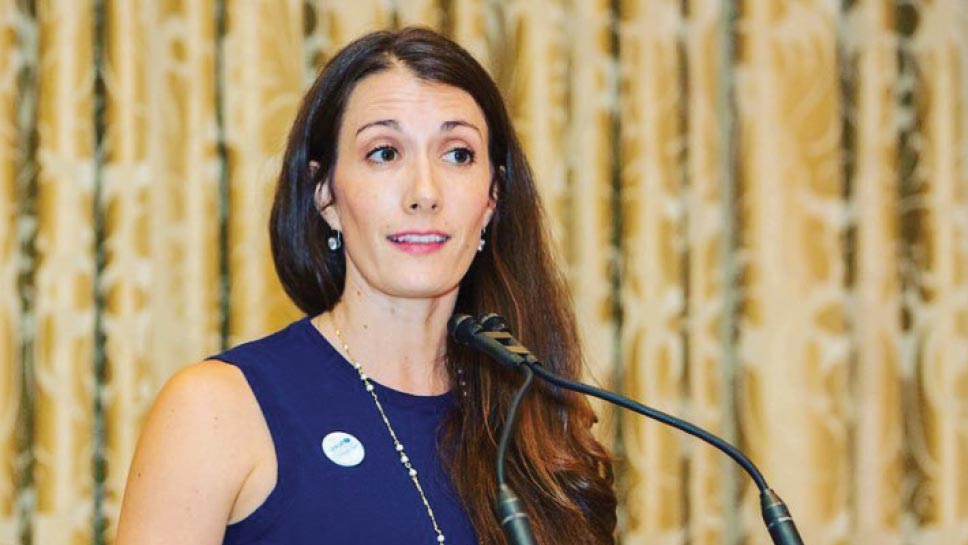 UNICEF is empowering children to use their activity for impact.

Sometimes the simplest ideas are the best ideas and the U.S. Fund (USF) for UNICEF is hopeful that with some kid-generated power, the world’s children won’t be malnourished anymore.

Kid Power works with children earning Kid Power Points when they are active and participating in Missions, that are counted on their bands. The more active the children are, the more points they earn. These points unlock funds raised by U.S. Fund partners, parents, and fans of the program. UNICEF then leverages these funds to deliver lifesaving packets of food to severely malnourished children.

“It’s amazing that we’re only in our third year with this program and we already have 10,000 students from the Chicago area participating,” says Elizabeth McCostlin, managing director of the Midwest Region for USF. “They are getting an important lesson in what it means to be global citizens.”

UNICEF has long been a proponent of engaging children in helping others with programs like “Trick-or-Treat for UNICEF.” According to McCostlin, the Kid Power Program came to be when the U.S. Fund for UNICEF’s President and CEO, Caryl M. Stern, received two briefings on her desk in one day. The first report said that that one in four children in the world is malnourished. The second said that one in four children in the U.S. isn’t active.

“The connection between these two reports was too big not to turn it into something that could impart positive change,” McCostlin says. “Is there anything more powerful than kids helping kids?”

Truth be told, the power of this program reaches well beyond classroom walls.

“Even though we’ve had a nice winter in Chicago this year, it still can be tough to stay motivated to work out when it’s cold and gray outdoors,”
McCostlin says. “The Kid Power Program has become something that families can incorporate into their daily routines. My kids and I have had to do laps in the basement on some days to get all of our points, but we do it.”

McCostlin also notes that since anyone can purchase a colorful Kid Power Band, companies can embrace this program for their employee populations and host a 30-day fitness challenge of their own.

Next month is UNICEF Kid Power Month—a national campaign celebrating families and kids who are getting active and creating real impact for children around the globe. Those interested in participating can get involved now and throughout May by purchasing a UNICEF Kid Power Band, downloading the app and sharing your Kid Power story on social media. UNICEF knows that by working together, people can show the power of getting active and saving lives.

The Kid Power Program has also allowed children who’ve often been on the receiving end of philanthropy to be in the driver’s seat with this program.

“I’ve seen first-hand where a child sees the very real difference they can make in another child’s life,” add McCostlin. “This is life changing.”

To learn more about the Kid Power Program and where you can purchase Kid Power Bands, visit unicefkidpower.org.