When Lake Forest resident Mark Litzsinger had his first bout with depression, he was 23. He did not know what it was, and he didn’t quite understand what was happening.

Twenty-four years later, he had his final episode. And this time, with intensive treatment, he was finally on the road to recovery. What followed were the happiest and most productive years of his life. Today, he’s sharing his story with the hope of making a difference in the lives of those who suffer. 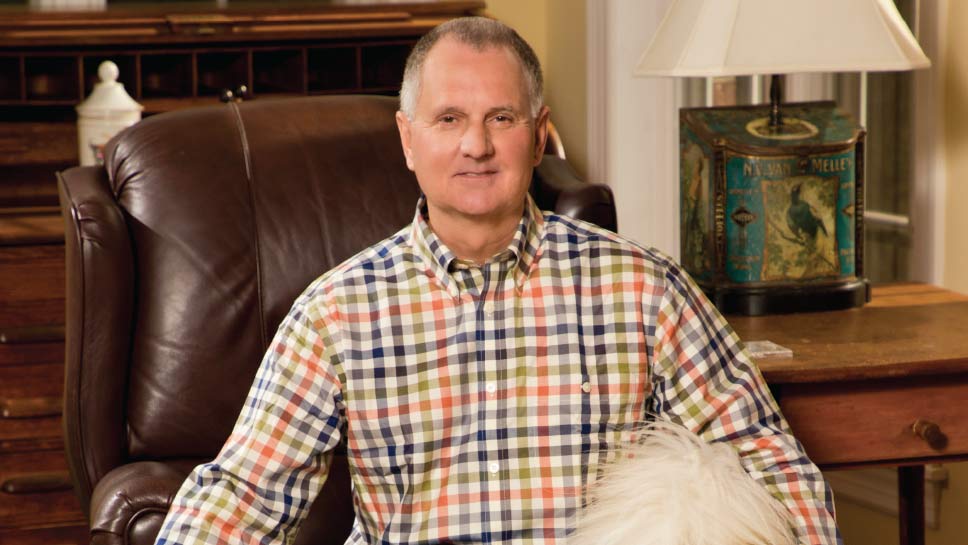 With a nudge from his brother, Litzsinger wrote and self-published Out of the Shadows: A Journey of Recovery from Depression last year to spread his message of perseverance.

After he started feeling better, Litzsinger let his doctor know he was willing to share his story if it would help others. He began speaking to groups. A few years ago, his brother Todd Litzsinger was in the room when he gave one of his talks and watched the audience.

“My brother said, ‘the people were glued to every word you said. You have to write a book,’” said Litzsinger.

After he found ghost writer Sarah Hamaker to assist, Litzsinger got to work on the book. He said it was more than his personal story. There are sections written by people who helped him along the way, such as Dr. William A. Scheftner, his psychopharmacologist; Bonnie Senner, his talk therapist; and Dr. Mark H. Pollack, a professor at Rush University Medical Center who put Litzsinger on the speaking tour.

On the surface, Litzsinger’s life was a major corporate success story. But under the surface lingered the dark secret of depression.

He graduated from Hinsdale Central High School, playing on two state championship tennis teams and went to Texas Christian University where he played the sport.

After graduation, Litzsinger went into the family business, Follett Corporation, which operates college bookstores and is the largest seller of children’s books to libraries. He started as a manager trainee at 23 and became chairman by 47. When he retired eight years later at 55, the company was 2.7 times bigger.

“When I became chairman is was a $1 billion company,” said Litzsinger. “By the time I retired it had $2.7 billion in revenue.”

Along the way, Litzsinger suffered from depression. The first episode came when he first went into the business world as a manager trainee at a college bookstore in California.

“After six months in California, I had my first bout with depression,” said Litzsinger. “I didn’t know what it was. I thought I was homesick.”

After moving to the bookstore at the University of Illinois in Champaign, he said things were better for a while—until one day, they were not. He started getting medical help, learned he suffered from depression, and eventually came under the care of Scheftner.

“A psychopharmacologist is the top of the food chain of therapists,” said Litzsinger.

Between climbing the corporate ladder and dealing with depression, Litzsinger said things came to a head shortly after he became chairman. He said it was impacting his work.

“My father and my brother went to my doctor and insisted it was time for shock therapy,” said Litzsinger referring to electroconvulsive therapy. “They said it was affecting the family and my job performance.”

Litzsinger said he went through five sessions over a three-week period with a twilight sedative and muscle relaxers to keep him from feeling the impact. He said the result was obvious to him once he had the treatment.

“I couldn’t make a wrong decision,” he said. “I was asking all the right questions. Everything was rewired 1,000 percent.”

Now Mark Litzsinger is doing what he can to help others with depression. Not only does he give speeches, but all proceeds from his book go to help patients and depression research at Rush University Medical Center’s Department of Psychiatry in Chicago.

“You don’t give up,” said Litzsinger. “You persevere. There is no perfect life. There are always bumps in the road. I didn’t realize I lost years out of my life with this illness but I did. If I can make a difference for others, this book was worth the effort.”