When this “little brown church” was built on Rockland Road in 1866, one year after the end of the Civil War, there was no such place as Lake Bluff, Illinois. The town founded by a Rockland County, New York native at the intersection of what is now Rockland and Green Bay Roads was originally just called Rockland—consisting of a post office, an inn, a one-room schoolhouse, a few log houses, a train depot, and the brand new Rockland Union Church.

For the 150 years that followed, that little church and its congregation went through many changes and were forced to evolve with the times. The original building was condemned in 1902, forcing church members to convene everywhere from private homes to the Lake Bluff Country Club. In 1912, the Ladies Guild collected enough money to purchase land owned by the Lake Bluff Camp Meeting Association, but World War I put that on hold. By 1920, Union Church of Lake Bluff was formally organized and chartered—growing into the institution that it is today. 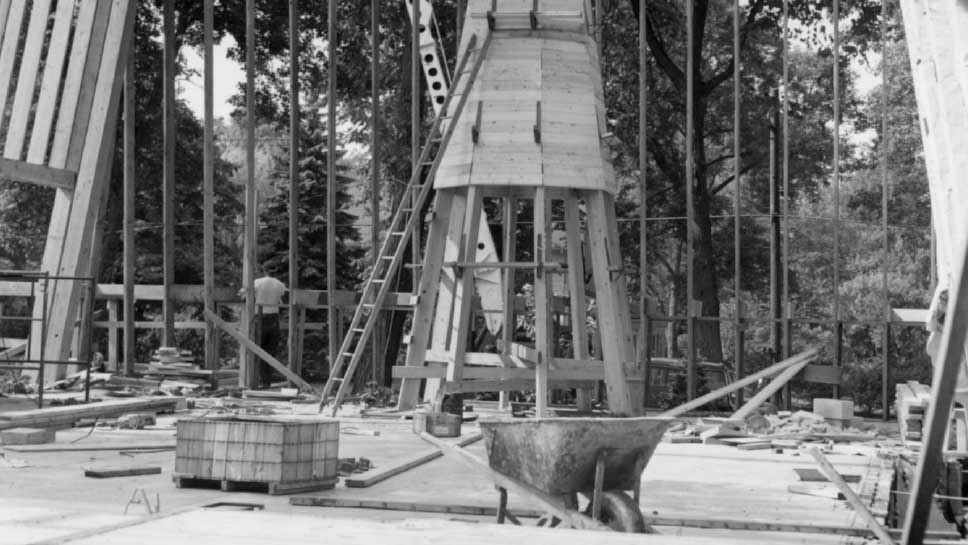 Nini Lustig, a long-time member who worked on Union Church’s 150th anniversary committee, says digging into the archives was a fun learning experience for everyone. Activities were scheduled each month to bring a piece of that history back to life—with current members “playing” characters from the past.

However, Lustig says the church wanted to do more than just resurrect history. They used the anniversary milestone as an opportunity to imagine the future, and think about what the congregation would need to grow into the next century.

“Along with the year of programming, another committee within our church kicked off an ambitious capital campaign,” she says. “The goal was to grow our endowment, increase our outreach and build a new manse for our pastors. Amazingly, more than 80 percent of the goal has been attained.”

With more than $1 million raised and more to be raised in 2017, the funds will provide reserves for long-term financial stability and increased outreach to support local needs and needs in surrounding communities, while a portion of the revenue will be allotted to construct a new manse.

Pastor Mark Hindman says he is humbled and grateful to the church community for the work they have done so far.

“It’s a big deal for a little church to raise this much money. We’ve already raised over $1 million to ensure the future of the church for the next 150 years,” he adds. “We are lucky to be a church with several young families and a growing Sunday School program. This campaign will also allow us to continue the hands-on outreach to help others who need it.”

The Capital Campaign will continue in 2017 as the congregation prepares for an official groundbreaking.

For more information about Union Church of Lake Bluff and this ongoing project, call 847-234-3246, or visit uclb.org.