Son of an English clipper ship captain, Edward was a promising draftsman who graduated at the top of his class at the Ecole de Beaux-Arts in Paris in 1901. He went to California, where he met and began working with none other than Daniel Burnham. He and Burnham drafted the legendary 1909 Plan of Chicago and the rest of history. But the lesser known part of that story is how along the way, Edward Bennett fell in love with a Lake Forest woman named Catherine Jones, Ted Bennett’s grandmother. 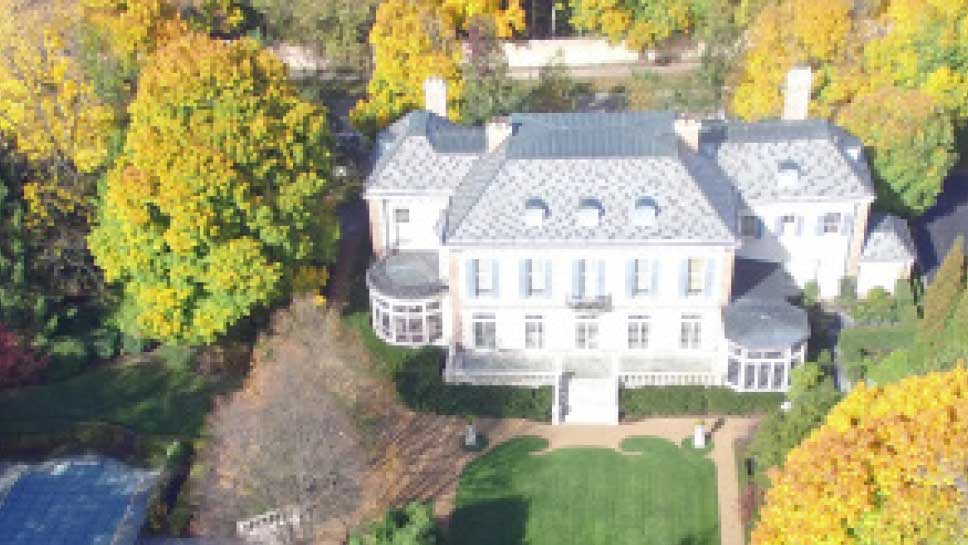 Edward H. Bennett may be best known in Chicago for his role working alongside Daniel Burnham on that famous 1909 plan, which included the design of the iconic Buckingham Fountain. But in Lake Forest, Bennett is a local legend and architect of Bagatelle—a two-acre French Renaissance estate (with a smaller version of that fountain) built in 1916 for his wife, Catherine. We were lucky enough to get a tour of not only the landmark home, but the 1930 studio where Bennett cultivated his Art Deco style.

While working on the plan with Burnham, around 1907, Bennett joined The Onwentsia Club as a summer resident member. Catherine caught his eye and soon they were engaged. It was her father, Pembroke Lodge owner and investor David Jones, who gave Edward and Catherine a two-acre plot of his property at the corner of Deerpath and Green Bay roads—a piece of land where in 1916, Bennett would create a French Renaissance masterpiece for his new bride.

He called it Bagatelle.

“The whole house was done in the French urban style,” says Ted, explaining that David Jones had purchased a rather large tract of land in Lake Forest in 1895 and gave his daughter the piece closest to his home. “The house looked away from the road and the initials on the iron balcony looked to her father’s house.”

With five bedrooms, a servants wing, pool, expansive coach house, and the 1930 studio that Bennett used as a laboratory for the new Art Moderne style, the historic property was recently listed on the market by local realtor Mona Hellinga.

While it is currently under contract with new owners moving in soon, Hellinga granted Forest & Bluff a rare opportunity to tour the grounds—which include a formal garden with a reflecting pool that is petite version of Bennett’s Buckingham Fountain in Chicago.

The home has been tastefully updated through the years with the latest modern amenities, all while keeping its original architectural detail preserved and intact—including that balcony with Catherine Jones Bennett’s initials.

“It’s really the best of both worlds,” Hellinga adds. “It’s a historic house but very comfortable for today’s living.”

Inside, nearly every room offers different views to the gardens and reflecting pool. But step outside and those gardens open up to even more changing vistas—including a winding path that takes you to the statue of Flora at the southwest side of the property.

One often noted architectural detail is how Bennett designed the home and gardens to accommodate a steeply sling site. He made it appear level by terracing down the hillside from Green Bay Road with a similar treatment famously utilized by another design luminary of that era, David Adler.

Our tour culminated at Bennett’s version of Frank Lloyd Wright’s Taliesen-a 1930 studio and pavilion used as a laboratory for the Art Deco style he would employ at the 1933-34 Century of Progress exposition. Adjacent to the swimming pool, today it serves as a pool house and changing area. However, many of the original details remain—including a beautifully curved Art Moderne fireplace.

Ted Bennett—the only child of the architect’s only child Edward H. Bennett, Jr.—is a past president the Lake Forest Preservation Foundation and active in the community’s effort to preserve its heritage. On the centennial of the Plan of Chicago in 1909, he his wife, Marcia Bennett, contributed a collection of his grandfather’s letters, notes and photographs to the Lake Forest College Library.

The things he remembers about visiting Bagatelle are from early in his childhood, but they are precious to him.

“My grandfather died when I was 9 or 10 years old and a lot of this time he wasn’t well, but I do remember going over there,” he says. “I remember kissing his cheek, which was as bristly as an old man’s cheek could be, not trimming his whiskers. And I have photographs of me with him blowing into a root beer bottle to make a whistling sound.”

Today, Bagatelle is on the National Register of Historic Places and is considered a local treasure. And in many ways, the Bennett legacy lives on. 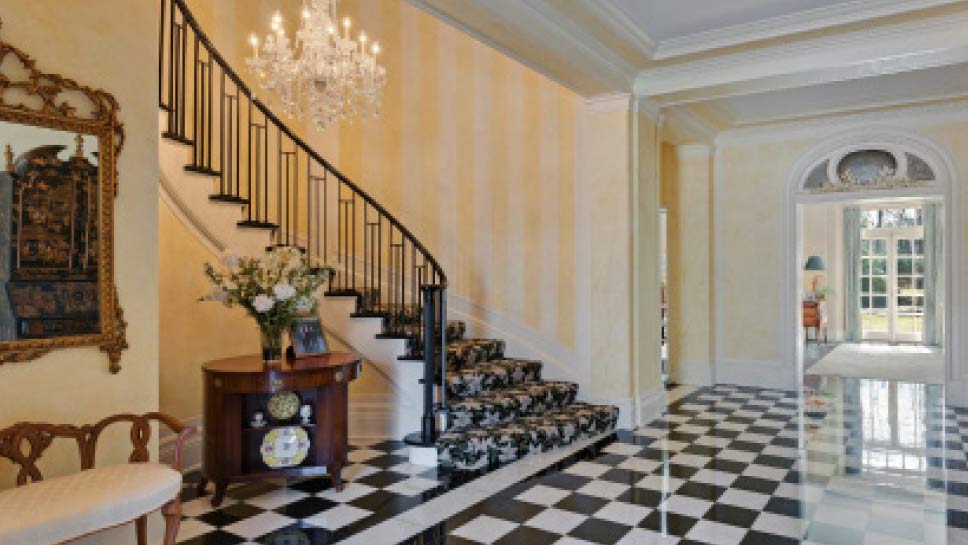 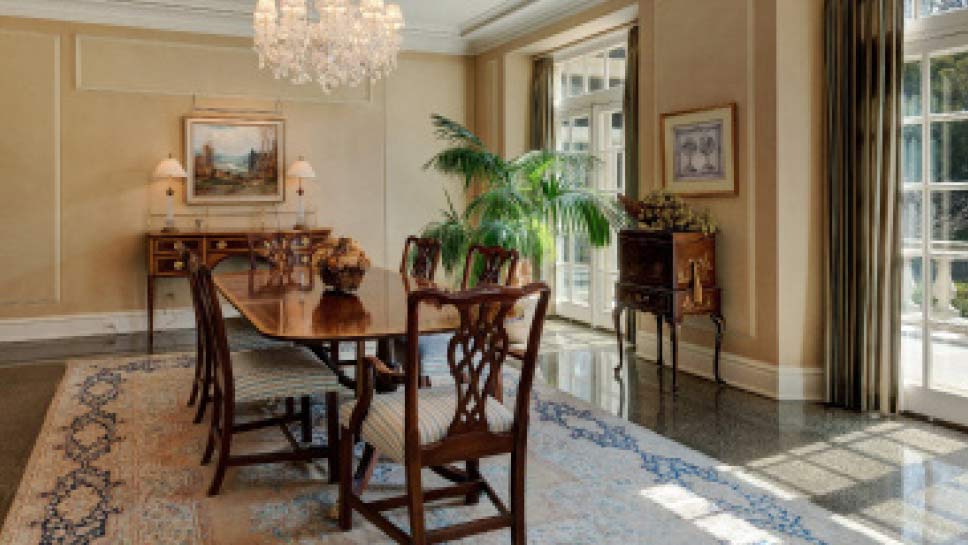