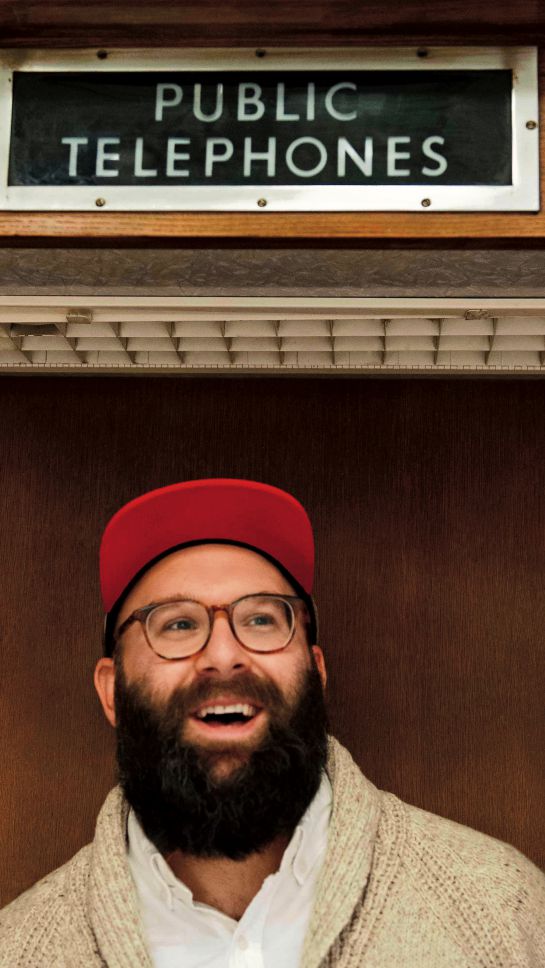 From the outrageous, raunchy antics in National Lampoon’s Vacation to the teenage angst in The Breakfast Club and Pretty in Pink to the insanely clever and unforgettable Home Alone, Jason Diamond, author of the newly released memoir Searching for John Hughes: Or Everything I Thought I Needed to Know About Life I Learned from Watching ‘80s Movies, has long been infatuated with the late John Hughes’s movies.

Hughes directed and/or scripted some of the most successful comedy films of the 1980s and early 1990s, many of which were partially inspired by his family’s relocation to Northbrook and his subsequent time at Glenbrook North High School. The year 2016 marks the 30th anniversary of Hughes’s Ferris Bueller’s Day Off, a classic teen comedy about a high school slacker’s day off from school. Bueller’s hometown of Shermer, IL is, in fact, a fictional community comprised of sites scattered around the North Shore of Chicago.

“I think all film, literature, music, and television is meant to help you escape in some way,” says Diamond. “I have a deep love and appreciation for movies but with the stuff Hughes was involved in, specifically, I think it looked more like a blueprint to life. That sort of happy existence looked attainable to me.”

In other words, Searching for John Hughes is the hilarious and poignant story of how a Jewish kid from a broken home on the North Shore—sometimes homeless, always restless—found comfort and connection in the likewise broken lives in the suburban Chicago of Hughes’s oeuvre. A writer at heart, Diamond decided early on that it would fall to him to write a biography of his favorite filmmaker. It did not matter to him that he had no qualifications, training, background, platform, or direction.

“I had hit a wall with some of my writing and started thinking about failure and how failure is what really teaches us how to move on and be better,” explains Diamond. “I’d come up with the idea to write a somewhat funny account of a time in my life when it seemed like all I was good at was failing, and that happened to be when I moved to New York City and decided I wanted to write this John Hughes’ biography that ultimately was not meant to be.” 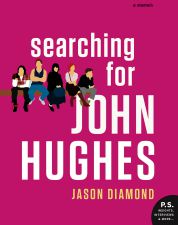 Thus went the years-long, delusional, earnest, and assiduous quest to reach his goal. In the meantime, he brewed coffee, guarded cupcake cafes, and built a respectable writing career. And all the while, he watched Hughes’s movies religiously.

“I think I was instantly grabbed by the fact that it looked like he was filming down the street from my house,” says Diamond. “There’s definitely a look to the Chicago suburbs that I think is still pretty undeniable to this day. Part of Hughes’s genius was casting people in his films that looked and acted like you or like people you know. So, growing up, I sort of thought all teenagers were like Molly Ringwald or Anthony Michael Hall.”

Hughes’s well-documented love for Chicago could perhaps explain the ease of assimilating his film’s characters into a suburban mindset. Diamond’s story of growing up and what comes after the “go for it!” part of the command to young creatives to pursue their dreams—no matter how absurd they may seem at first—invites parallels to Hughes’s work in directing, producing, and screenwriting. In honor of Hughes’s ongoing leadership and commitment to supporting young talent, the Lake Forest Gorton Community Center, a not-for-profit which operates to enrich the lives of the area’s residents through cultural arts, education, and charitable service, opened the John & Nancy Hughes Theater in 2015, a state-of-the-art multi-purpose venue.

“I am elated to give my blessing to this theater named in memory of my late husband, John,” says Hughes’s widow Nancy in a press release announcing the new theater and her family’s donation to the renovation. “He spent many of his best years as a filmmaker and father in the city of Lake Forest. Our family found it a fitting tribute to his film legacy, which often was set in Chicago’s North Shore.”

In the last year, the Theater has introduced partnerships with the School of the Art Institute of Chicago’s Gene Siskel Film Center and with the Chicago International Children’s Film Festival. As Diamond explains it, Chicago is a place where one can go if they really want to accomplish something. And though his original biography of Hughes has long since been abandoned, Diamond discovered he is a writer through and through. The adversity of going for broke has now been transformed into wisdom or, at least, a really, really good story.

“If I had to compare how my life ended up, I would probably say it was less ‘Hughesian’ and more ‘Dickensian’ in a lot of ways—young man on his own against the world, and all that,” says Diamond. “I always say that my goals in life are to publish my first book, see the Chicago Cubs win a World Series, get married, and have children. The fact that I have knocked even a few of those things out so early in my life makes me think I have to get some new goals.”

When planning his next chapter, one can safely assume that Diamond will still look to Hughes for inspiration, direction, and for a touch of humor.