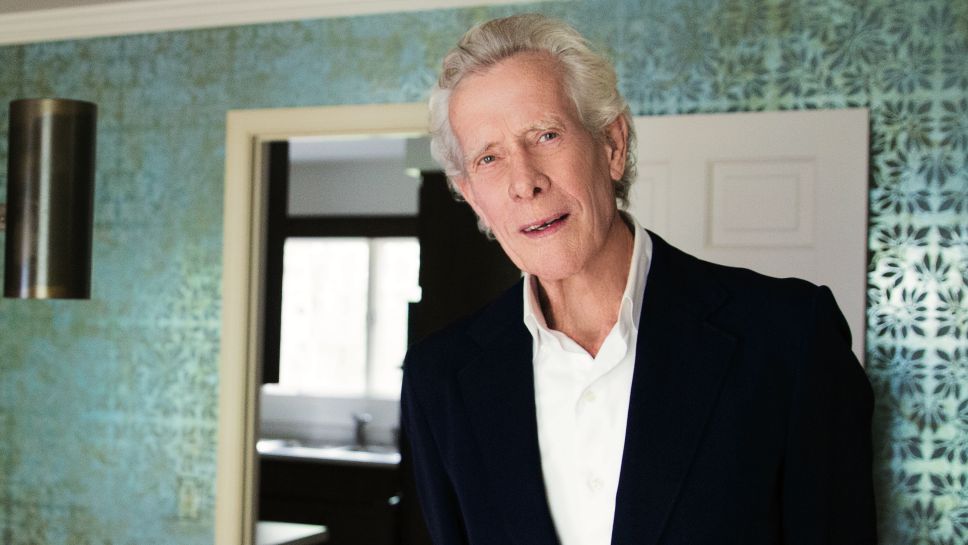 Since its installation into the Market Square fountain in 1982, Sylvia Shaw Judson’s sculpture of a young girl holding an even younger boy on her shoulder has been iconic for the city of Lake Forest. It has appeared on many of the City’s promotional materials and acts as a much-photographed centerpiece of town celebrations, art fairs, festivals, and concerts. It’s also been carrying the wrong name.

“She intended it to convey love and joy and friendship,” says Melichar. “Hence the name Friends. What I found in talking with people about this sculpture for more than two years was that many had not ever looked high enough to see the faces of those two children. Once they have the right name on the plaque, they will look at the faces. Previously, they only ever looked to see there was a kid balancing on the shoulder.”

The name Lake Forest displayed for more than 30 years was just a working title used at the foundry where the statue was cast in bronze, Roman Bronze Works on Long Island. That title, of course, meant to visually distinguish Friends from all the other statues surrounding it in a large foundry warehouse.

The name wasn’t the only issue Melichar had with the previous plaque.

“’Daughter of…’ has been interpreted as subtly implying that Sylvia’s sculpture stands in the fountain only because her father designed the Square and supposedly specified that [the space] was reserved for his daughter’s work,” Melichar wrote in his proposal to the City of Lake Forest. “Her work does not need validation by association with her father.”

That goes without saying for the only woman sculptor to win the prestigious Logan Prize, her piece The Little Gardener winning the prize for Best American Sculpture in 1929. A copy of that piece now has been standing in the Jacqueline Kennedy Garden at the White House for 50 years.

Perhaps Judson’s most internationally famous piece is the Bird Girl, which shot to recognition in 1994 gracing the book cover and subsequent movie poster for Midnight in the Garden of Good and Evil.

But people from our community are more familiar with her work from daily life. Countless kids have tried to ride her piece called Geese, the two bronze geese in front of the Lake Bluff Library. The Lake Forest Library has Apple Tree Children down in the children’s department. The original plaster models of many of Judson’s sculptures stand in community schools. The original plaster of Bird Girl was discovered in the Crow Island School in Winnetka. Sheridan School has The Little Gardener, Cherokee School has a piece called Shepherd, Deer Path Middle School has Ancestor, Everett School has Akimbo, the list goes on. Melichar has created plaques for eight of these local pieces, which were previously unlabeled and has handcrafted black walnut bases on which to mount the sculptures for better display and preservation.

Melichar found his passion for Judson’s sculpture while taking his granddaughters on a tour of Ragdale, Judson’s home in Lake Forest. He saw a piece called Twin Lambs and was transfixed.

“I guess it was a matter of contemplating this serenely simple work of hers,” Melichar says. “Something just came over me.”

This was shortly after the passing of Melichar’s wife Margo, and something about Judson’s work gave him an emotional reprieve from the deep grief he had been suffering. So, he began seeking out the rest of her work throughout our community.

“It is a passion for me,” he says. “[Her work is] deliberately simplified. We can see the artist’s tool marks and finger marks all over it. It’s the sort of artwork that you can contemplate, and in doing so, you come to feel its spirituality.”

Word of Melichar’s investigations into Judson’s work got around town and the Chicago Botanic Garden asked him to verify the names and dates on a couple of their Judson pieces. During the course of that search, poring over reels of microfilm in the archives of the Art Institute of Chicago and the Newberry Library, he discovered that previous copies of the Market Square statue had all been labeled Friends. His quest to update the plaque began.

“It’s a defining piece of Market Square, so what that sculpture conveys is important to the city,” Melichar says. “To me, that’s what this is all about. The City took an action to show that it values the importance of fine art and recognizes that fine art can help to make the city what it is, to define its sense of place. It was clear to me that if they came out here to look at the old plaque, they’d recognize that it was inappropriate. Until this September, very few people would look high enough to see the look of love that those two youngsters are giving each other.”