For someone who left us far too young, Lake Forest’s Steven Malin left a legacy much larger than life. Almost one year to the date of his passing, the baseball field at Everett Park was renovated using many memorial donations and in-kind contributions of material and labor. Steven’s father still sits on the board of the Friends of the Lake Forest Parks and Recreation Foundation that acted as the 501c3 when the baseball field renovations we’re being completed.

Through the Steven Malin, Jr. Memorial Scholarship Fund at Lake Forest High School, several graduating seniors have received “Good Character” scholarships in his memory on Senior Honors Night, beginning with what would’ve been his graduating year in 2010. The fund was originally created from the proceeds of his mother Maria’s book, When You Just Can’t Say Good-bye, Don’t. Additionally, Maria has moderated monthly grief support groups in our community since 2011, including the teen group at CROYA called “STEPS: Strong Teens Embracing Positive Support,” and is a certified grief and life crisis coach. 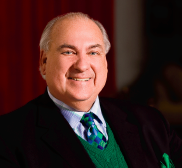 Lake Forest’s Bruce Southworth knew how to throw a party. But what many didn’t know was that when he wasn’t busy planning a luxurious event for a Hollywood A-Lister, or working with his best friend and wife Mary at their store Samlesbury Hall, he was deeply passionate about giving back to Lake Forest and seeing it prosper. It was Southworth’s idea to celebrate the grand re-opening of Western Avenue after two years of construction. It was also his idea to bring Santa and his reindeer to Market Square to bring people to local businesses.

Southworth was a committed Preservation Foundation Board member. He was uniquely aware of the importance of preservation and saving our historic homes, streetscapes, and the overall visual character of Lake Forest. He exemplified the model of stewardship and dedication to preservation and saved significant Lake Forest treasures for future generations to enjoy. He was equally committed to mentoring young people at the School of the Art Institute and paving the way to a future filled with their successes. 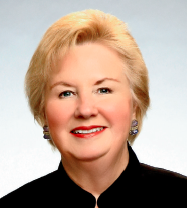 Carolyn McLaughlin was known as many things: teacher, real estate broker, philanthropist, devoted wife, loving mother, grandmother, and friend. McLaughlin was married to her husband George for more than 40 years. They raised four successful children together. “She had such a larger-than-life personality,” says her close friend, Kelly McInerney, who began working with Carolyn in 2001. When McInerney entered the real estate world, McLaughlin had already been a successful agent in the business for 17 years. They established the team of McLaughlin & McInerney, which would go on to set records and achieve awards for companies in the real estate market including Koenig & Strey, Prudential Rubloff and, most recently Berkshire Hathaway HomeServices. 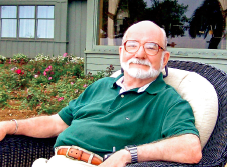 Lawyer and former Waukegan Alderman Murray Conzelman came to Lake Forest in 1979, just as the city was on the verge of significant growth and development. As corporation counsel for Lake Forest and a man who was driven by municipal service, “he represented the city with the personality and professionalism a community like Lake Forest requires,” said former Lake Forest Mayor Howard Kerr. In addition to his work with the city, Conzelman had a private law practice where he became an expert on First Amendment issues. As a quiet giant, Conzelman was committed to developing young attorneys and community leaders. He felt a calling to help them be the best they could be. 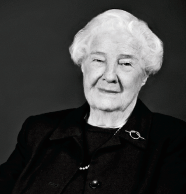 Pat Waldeck and her husband Frank, a former mayor of Lake Forest, lived in our city for more than 50 years. They raised eight children together, an accomplishment in and of itself. She was a fixture in

local schools (most memorably as the attendance monitor at Lake Forest High School), collaborated on the rebirth of Gorton, led Northwestern Lake Forest Hospital’s Auxiliary Board, and served the patients and families of the hospital as an in hospital volunteer (for more than 11,000 hours). When once asked what impressed her most about the hospital, she said “It’s the people that make that place work.” And she should have known—as many may have wondered what the hospital would ever have done without her.

Tom Quinn attended the University of Notre Dame on a football scholarship and was proud to have played on the 1966 national championship team. He joined the army reserves and attended Cornell University’s Graduate School of Economics. In 1970, he accepted a job with American Hospital Supply Corporation and held many positions over the years before it was acquired by Baxter. He met his wife Diane in 1972 and they married six months later. In 1987, Tom and his college roommate formed Jordan Industries, a private holding company, where he served as President and COO. Until his retirement this year, Quinn also was a Managing Partner of The Jordan Company. He was the rare person who was happy in his work his entire life. He was a Life Director of the NorthShore University Health System and a past chairman of Highland Park Hospital. His legacy of hard work lives on through his family.

Nancy Frederick Sweet, a lifelong Lake Forester, served as benefit chairman for a number of charitable organizations, including Ravinia Festival, the Infant Welfare Society of Chicago, the Boys and Girls Clubs, the Chicago Symphony, and the Lyric Opera Guild. She also served as women’s board president of the Illinois Children’s Home and Aid Society and was on the board of the Emma Willard School. She loved music and dancing, played the piano, and was an avid bridge player at the Everglades Club and at the Bath & Tennis Club in Palm Beach, as well as at the Lyford Cay Club in the Bahamas. She loved golfing at Onwentsia Club and Shoreacres.

Theodore “T” Pasquesi was a lifelong resident of Lake Forest and a regular at The Left Bank, the place to go for a terrific hot dog or sloppy joe that was started by his father and then run by his son Lane until he sold the business last year. Pasquesi was a well-known sign painter throughout the North Shore.

Whether he was creating floral designs for a friend with a limited wedding budget or a fundraiser for the president of the United States, Jozef T. Cross cared most about bringing smiles to people’s faces. “He always had a twinkle in his eye,” says Chiara Wrocinski of Chicago, a friend for 20 years. “He worked for Oprah Winfrey and President (Barack) Obama and from St. Petersburg, Russia, to Cape Cod. He would give the same gusto to cousins and friends. It was always with kindness bubbling from him.”

Many didn’t know that legendary car dealer Al Piemonte was a Lake Forest resident. Often called a “man’s man,” Piemonte was widely known for developing talent and being a mentor to many.

Diane Eklund lived her life with zeal, where her family was always at the center of all her fun. Eklund was an avid bridge player, successful print model, member of The Lake Forest Woman’s Club, Infant Welfare Society, and the Lake Forest Lake Bluff Republican Club. She’s left her love of life as a legacy for her dear children, grandchildren, and great grandchildren. 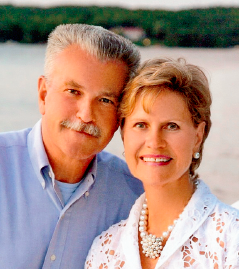 Lynn Fitzgerald was the co-owner of Fitzgerald’s Photography in Lake Forest for more than three decades with her husband Ray (whom she was married to for 50+ years). She was truly an entrepreneur, a leader, a role model, and a friend. But the roles that she held closest to her heart were that of a wife, mother, and grandmother as exemplified by those whom she left behind.

Richard Bentsen was best known by locals as opening the Noodle Bar in 2009 in downtown Lake Bluff. He was instrumental in bringing families together on a regular basis. He provided a place where adults and children alike could meet and enjoy an evening out. He was always ready to open the doors of the Noodle Bar to support a good cause, and lend a helping hand.

Hubby Habjan. Habjan became the club’s head professional in 1955, a role he held until 1997. During his 42-year tenure at Onwentsia, Habjan earned many honors while teaching the game of golf to his students. In 1965, Hubby was named PGA of America Golf Professional of the Year—at that time its youngest winner since the award’s inception. In 1989, the Illinois PGA honored Habjan with its Teacher of the Year award. In his own words, Habjan’s lifetime ambition was to “teach the game of golf, its rules and ethics, make it enjoyable, keep it a walking game, and make the finest golf clubs for my pupils.” Hubby’s contributions to the game and his profession were honored in 1989, when he was inducted into the Illinois PGA Hall of Fame as a member of its inaugural class. Hubby was later welcomed into the PGA of America Hall of Fame in 2005, one of only 157 golf professionals to earn this distinction in the organization’s history.

Lake Bluff’s Dr. Jim Gantt, the former social studies chair and teacher at Lake Forest High School (LFHS), was one of those once-in-a lifetime teachers that students considered themselves lucky to get. In his memory, a scholarship was established for graduating seniors from LFHS. This scholarship is awarded to a graduating student who illustrates, through his/her beliefs and actions, a genuine sense of tolerance towards difference, an appreciation of diversity, and an ability to reflect deeply on him or herself to encourage personal growth.