Sometimes it can be the simplest of gestures that can mean the most. And such was the case when Larsen Jay found himself on the receiving end of the kindness of others.

Nearly 10 years ago, Jay fell off a roof. While recovering in a hospital from multiple injuries, his room was flooded with flowers from well-wishers, elevating his spirits in ways he never imagined. It wasn’t long before he realized that his flower-infused room wasn’t the norm, so he set out to fix this.

On an impulse, he took flowers that had been sent to him and began handing them out to his neighbors in the hospital. This random act of generosity was met with such joy that it quickly “blossomed” into a not-for-profit.

From here, Random Acts of Flowers was launched. This Knoxville, Tennessee-based not-for-profit, has organized delivery of more than 90,000 bouquets of recycled flowers since its founding in 2008. Today, it also has branches in Chicago, Indianapolis, Tampa Bay, and Silicon Valley. The Chicago chapter, headquarted in Evanston, is responsible for nearly 30,000 deliveries since opening its doors in January 2015, thanks to the nearly 500 volunteers and 50 supplying partners, from florists to funeral homes. They hope to grow their nationwide presence from their five current cities to far more. 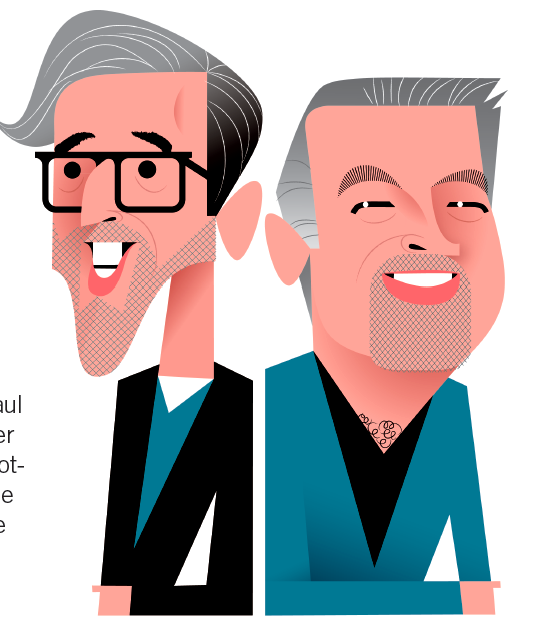 One way to help them meet this goal happens on July 14 with The Garden Party, a fundraiser hosted by Craig Bergmann and Paul Klug featuring a silent auction, garden tour, and live music at their home in “The Gardens at 900” in Lake Forest.

“The simplicity of this organization is what spoke to me,” explains Craig Bergmann, one of the North Shore’s premier landscape architects. “Every day I experience first-hand the beauty and joy that flowers can bring.”

The Gardens at 900 property was designed by the legendary North Shore estate architect David Adler in 1917 for A. Watson Armour. Bergmann and acclaimed interior designer Paul Klug have completely renovated the house and grounds, returning the estate to the glory for which it was originally intended.

“We really consider the work we’re doing here as a gift to the city,” explains Klug, who is not only overseeing the renovation of the two homes and coach house on the estate, but is restoring them as well. “We’re far from finished,” he says as a perfectionist. “But that will take time. What we have is what we have. But, it’s very important for us to share to be able to share this with the community.”

Bergmann and Klug are selective in whom they choose to partner with, but there was no question when they were asked to open their estate to Random Acts of Flowers for the last two years. “There aren’t that many private gardens in town that can accommodate such a large group,” Bergmann says.

“And, I love that this is an organization that was founded by young people in the philanthropic tradition that they learned from their families.”