When Kristin Cavallari was a junior at Laguna Beach High School—having moved to California after spending her junior high and freshman years living in Barrington—a scouting team from MTV came to campus looking to put together a reality television show. It was 2004 and the pitfalls of becoming a reality star were still relatively unknown, so Cavallari and a handful of her peers jumped on board as the cast of Laguna Beach: The Real Orange County. 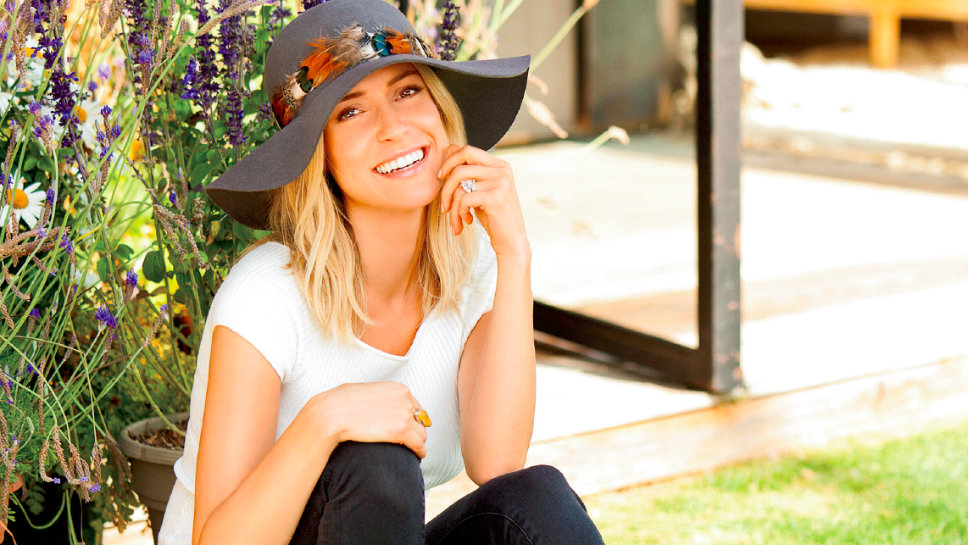 “None of knew what we were doing,” says Cavallari of the highly produced series. “There were things that happened that probably wouldn’t have had we not been making a television show.” As a consequence, Cavallari put up a wall around herself, became very guarded, and kept most things about her personal life private. “Even on the first season, you can see me telling my boyfriend at the time that if we needed to talk about something—it had to be off camera.”

That’s why the announcement of Cavallari’s new book Balancing in Heels, My Journey to Health, Happiness, and Making It All Work was an unexpected surprise for her fans.

“It really is amazing to see how far I’ve come,” explains Cavallari earnestly. “It’s kind of a trip, but I’m at such a good place in my life right now, comfortable in my own skin, that I feel like the time is right to share my journey—to let people in.” 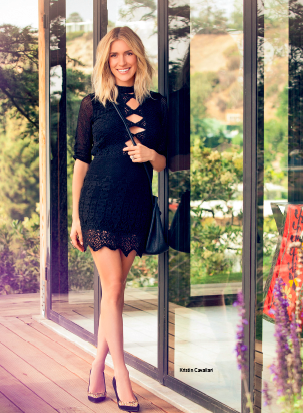 And for Cavallari, that great place in life happens to be as a rising star in the fashion world with curated lines of shoes and jewelry, as well as the loving wife to Chicago Bears quarterback Jay Cutler, and devoted mother to Camden (3 1/2 -years-old), Jaxon (almost 2 years old), and Saylor (4 months old).

“Being a mother has definitely made me a softy,” says Cavallari with a laugh, because anyone who knew her in her teen years would likely have described her as the opposite. “I think I’ve developed a new level of compassion and empathy. We don’t have to be perfect. All we can do is try our best. I want other women to know that there’s someone out there who’s been through things and gotten to a better place. Stories like that have helped me. I thought this could be my chance to help someone, too.”

When Cavallari put together her book proposal, she sat down and wrote a detailed outline for the book. “Honestly, that was the hardest part. But once I got started and realized I was talking about all of the things I’m really interested in, the book began to unfold on its own.”

In Balancing in Heels, Cavallari traces her journey from reality stardom to real life–the good, the bad, and the ugly. “I don’t hold back,” she says, as she digs down to the most personal of relationships in her life and discusses how they made her who she is today, even telling the story of how she met her husband. She also talks about the amazing effects of her healthy diet and exercise, which have made Cavallari and her family the happiest and healthiest they’ve ever been. She shares her family’s favorite recipes and even reveals how her food philosophy has drastically improved Jay’s type 1 diabetes.

“People might be surprised to know that I cook 98 percent of the time—I love to cook,” she explains. “It’s the best way I know to control what my family is putting into their bodies.” Balancing in Heels also offer 20 of Cavallari’s favorite recipes, including her Banana Muffins and her Peanut Butter Chicken—one of her sons’ favorite dinners.

The “balance” Cavallari alludes to in her title, one that she came up with herself, are her business and entertainment ventures that she keeps moving forward as she juggles her commitments as a mother. One of her most successful is her eponymous shoe line with Chinese Laundry.

“I’m a huge trend watcher,” says Cavallari, who describes her own personal style as simple, classic, and effortless—turning to basic jeans and t-shirts as her wardrobe staples, often shopping at Intermix and Revolve. “Because I follow the trends, the affordability of my shoes is really important. This season, it’s all about fringe. Next season, maybe not. So if you only get a season or two of wearing a pair of my shoes, you don’t feel like you’ve spent a ton of money when the trend passes.”

In the next few months, Cavallari and her team will relaunch her jewelry line that’s currently available on emeraldduv.com. “Our new line will be daintier where you can layer it, more what I like to wear,” she adds. They will also be rolling out new items like hats, as well as home goods including candles.

As to how she regained her body after baby so quickly, Cavallari offered this. “I’m a diet and exercise junkie. I didn’t let myself go when I was pregnant. I worked out until the week before Saylor ways born. But don’t be fooled. I have a roll of loose skin that hangs over my jeans—I’m just a master at hiding it. I know with work I’ll get close to where I was before, but I’ve given myself permission to be patient. We should all do that for ourselves.”

Today, Cavallari and Cutler call Lake Forest home. But, she speculates that when her husband one day retires from football, they’ll move their family to Nashville, Tennessee where they also have a home. “I need to set the record straight about something,” she says thoughtfully. “I was misquoted once saying that I hated Chicago—that couldn’t be further from the truth. I love it here and can’t imagine a better place to be raising my family. I love our school and the moms who’ve become my friends. It’s a wonderful place.”