That Used to Be Us: How America Fell Behind in the World It Invented and How We Can Come Back
By Thomas L. Friedman and Michael Mandelbaum
Farrar, Strauss and Giroux $28
Thomas L. Friedman, one of our most influential columnists and author of The World Is Flat, and Michael Mandelbaum, one of our leading foreign policy thinkers, propose that America faces four major challenges on which its future depends, and it is failing to meet them. In That Used to Be Us, they analyze those challenges—globalization, the revolution in information technology, the nation’s chronic deficits, and its pattern of energy consumption—and spell out what we need to do now to rediscover America and rise to this moment. They explain how the end of the Cold War blinded the nation to the need to address these issues. They show how our history, when properly understood, provides the key to addressing them, and explain how the paralysis of our political system and the erosion of key American values have made it impossible for us to carry out the policies the country needs. They offer a way out of the trap into which the country has fallen, which includes the rediscovery of some of our most valuable traditions and the creation of a new, third-party movement. That Used to Be Us is both a searching exploration of the American condition today and an inspiring manifesto for American renewal. 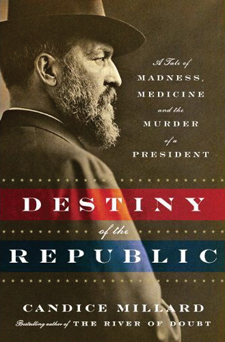 Destiny of the Republic: A Tale of Madness, Medicine, and the Murder of a President
By Candice Millard
Doubleday,  $28.95
Meticulously researched, epic in scope, and pulsating with an intimate human focus and narrative drive, Candice Millard (The River of Doubt: Theodore Roosevelt’s Darkest Journey) tells the story of James A. Garfield. Garfield was one of the most extraordinary men ever elected president. Born into abject poverty, he rose to become a scholar, a Civil War hero, and a renowned and admired reformist congressman. Nominated for president against his will, he engaged in a fierce battle with the corrupt political establishment. But four months after his inauguration, a deranged office seeker tracked Garfield down and shot him in the back. But the shot didn’t kill Garfield. The drama of what followed is a powerful story. The unhinged assassin’s faulty shot shattered the fragile national mood of a country so recently broken by civil war, and left the wounded president as the object of a bitter behind-the-scenes struggle for power—over his administration, over the nation’s future, and over his medical care. A team of physicians administered shockingly archaic treatments, to disastrous effect. As his condition worsened, Garfield received help from Alexander Graham Bell, the inventor of the telephone, who worked around the clock to invent a new device capable of finding the bullet. 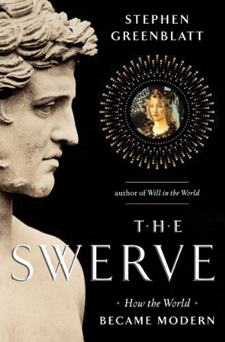 The Swerve: How the World Became Modern
by Stephen Greenblatt
W. W. Norton & Company, $26.95
One of the world’s most celebrated scholars, Stephen Greenblatt has crafted both an innovative work of history and a thrilling story of discovery, in which one manuscript, plucked from a thousand years of neglect, changed the course of human thought and made possible the world as we know it. Almost 600 years ago, a short, genial, cannily alert man in his late thirties took a very old manuscript off a library shelf, saw with excitement what he had discovered, and ordered that it be copied. That book was the last surviving manuscript of an ancient Roman philosophical epic, On the Nature of Things, by Lucretius—a beautiful poem of the most dangerous ideas, that the universe functioned without the aid of gods, that religious fear was damaging to human life, and that matter was made up of very small particles in eternal motion, colliding and swerving in new directions. The copying and translation of this ancient book, which was the greatest discovery of the greatest book-hunter of his age, fueled the Renaissance, inspiring artists such as Botticelli and thinkers such as Giordano Bruno; shaped the thought of Galileo and Freud, Darwin and Einstein; and had a revolutionary influence on writers such as Montaigne and Shakespeare and even Thomas Jefferson. 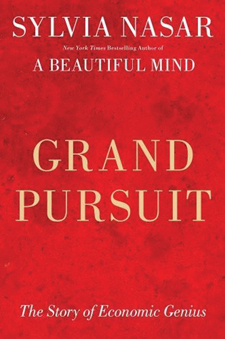 Grand Pursuit: The Story of Economic Genius
by Sylvia Nasar
Simon & Schuster,  $35
In a far-reaching narrative, the author of the best-selling A Beautiful Mind takes us on a journey through modern history with the men and women who changed the lives of every single person on the planet. It’s the epic story of the making of modern economics and of how economics rescued mankind from squalor and deprivation. Sylvia Nasar’s account begins with Charles Dickens and Henry Mayhew observing and publishing the condition of the poor majority in mid-19th century London, the richest and most glittering place in the world. This was a new pursuit. She shows how the insights of activist thinkers transformed the world—from one city, London, to the developed nations in Europe and America, and now to the entire planet. In Nasar’s narrative of these discoverers, we witness men and women responding to personal crises, world wars, revolutions, economic upheavals, and each other’s ideas to transform the dismal science into a triumph over mankind’s previous destiny of misery and early death. This idea, unimaginable less than 200 years ago, is a story of trial and error, but ultimately transcendent, as it is rendered here in an extraordinary and moving narrative. 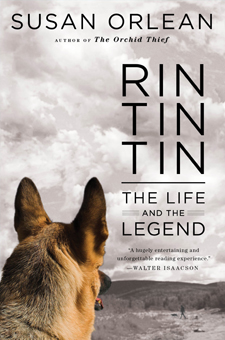 Rin Tin Tin: The Life and the Legend
by Susan Orlean
Simon & Schuster,  $26.99
This is the sweeping and powerfully moving story of Rin Tin Tin’s journey from orphaned puppy to movie star and international icon. From the moment in 1918 when Corporal Lee Duncan discovers Rin Tin Tin on a World War I battlefield, he recognizes something in the pup that he needs to share with the world. Rin Tin Tin’s improbable introduction to Hollywood leads to the dog’s first blockbuster film, and over time, the many radio programs, movies, and television shows that follow. The canine hero’s legacy is cemented by Duncan and a small group of others who devote their lives to keeping him and his descendants alive. At its heart, Rin Tin Tin is a poignant exploration of the enduring bond between humans and animals. But it is also a richly textured history of 20th century entertainment and entrepreneurship and the changing role of dogs in the American family and society. Susan Orlean’s first original book since The Orchid Thief is a tour de force of history, human interest, and masterful storytelling—the ultimate must-read for anyone who loves great dogs or great yarns.