French Lessons By Ellen Sussman
Ballantine Books, $15
A single day in Paris changes the lives of three Americans as they each set off to explore the city with a French tutor, learning about language, love, and loss as their lives intersect in surprising ways. Josie, Riley, and Jeremy have come to the City of Light for different reasons. As they meet with their tutors, each succumbs to unexpected passion and unpredictable adventures. Yet as they traverse Paris’ grand boulevards and intimate, winding streets, they uncover surprising secrets about one another—and come to understand long-buried truths about themselves. Have lunch with Ellen Sussman on Tuesday, July 19, at 11:30 a.m. at Froggy’s French Café. To make a reservation, call the Lake Forest Book Store at 847-234-4420. Tickets are $39.

The American Heiress By Daisy Goodwin
St. Martin’s Press, $25.99
Traveling abroad with her mother at the turn of the 20th century to seek a titled husband, beautiful, vivacious Cora Cash, whose family mansion in Newport dwarfs the Vanderbilts’, suddenly finds herself Duchess of Wareham, married to Ivo, the most eligible bachelor in England. Nothing is quite as it seems, however; Ivo is withdrawn and secretive, and the English social scene is full of traps and betrayals. Money, Cora soon learns, cannot buy everything, as she must decide what is truly worth the price in her life and her marriage. Witty, moving, and brilliantly entertaining, Cora’s story marks the debut of a wonderful storyteller. 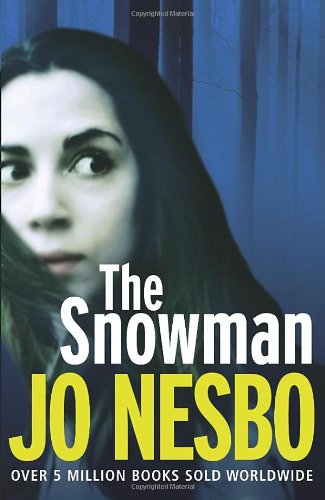 The Snowman By Jo Nesbo
Knopf, $25.95
Internationally acclaimed, best-selling Norwegian writer Jo Nesbo delivers a bone-chilling new thriller about a serial killer who takes Harry Hole—Nesbo’s irascible police investigator—to the brink of insanity. After the first snow of the season has fallen in November, a boy named Jonas wakes in the night to find his mother gone. Out his window, in the cold moonlight, he sees the snowman that inexplicably appeared in the yard earlier in the day. Around its neck is his mother’s pink scarf. Hole suspects a link between a menacing letter he’s received and the disappearance of Jonas’ mother—and of perhaps a dozen other women, all of whom went missing on the day of a first snowfall. As his investigation deepens, something else emerges: He is becoming a pawn in an increasingly terrifying game whose rules are devised—and constantly revised—by the killer.

State of Wonder By Ann Patchett
Harper, $26.99
Ann Patchett has dazzled readers with her award-winning books, including The Magician’s Assistant and The New York Times bestselling Bel Canto. Now she raises the bar with State of Wonder, a provocative and ambitious novel set deep in the Amazon jungle. Dr. Marina Singh, a research scientist with a pharmaceutical company, is sent to Brazil to track down her former mentor, Dr. Annick Swenson, who seems to have all but disappeared in the Amazon while working on what is destined to be an extremely valuable new drug, the development of which has already cost the company a fortune. Nothing about Marina’s assignment is easy: Not only does no one know where Dr. Swenson is, but the last person who was sent to find her, Marina’s research partner, Anders Eckman, died before he could complete his mission. In a narrative replete with poison arrows, devouring snakes, and a neighboring tribe of cannibals, State of Wonder is a world unto itself, where unlikely beauty stands beside unimaginable loss. 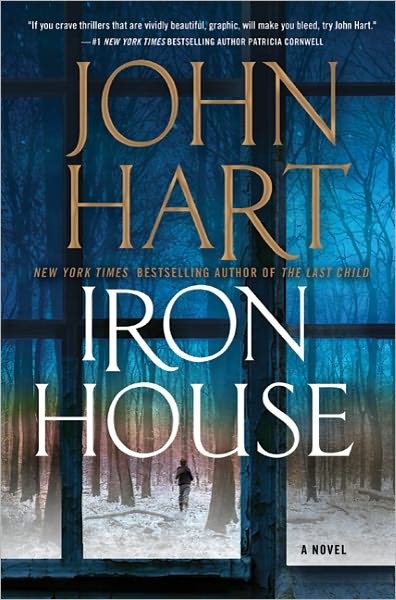 Iron House By John Hart
Thomas Dunne Books, $25.99
At the Iron Mountain Home for Boys, there was nothing but time. Time to burn and time to kill, time for two young orphans to learn that life isn’t won without a fight. Julian survives only because his older brother, Michael, is fearless and fiercely protective. When tensions boil over and a boy is brutally killed, there is only one sacrifice left for Michael to make, he flees the orphanage and takes the blame with him. For two decades, Michael has been an enforcer in New York’s world of organized crime, a prince of the streets so widely feared he rarely has to kill anymore. But the life he’s fought to build unravels when he meets Elena, a beautiful innocent who teaches him the meaning and power of love. He wants a fresh start with her, the chance to start a family like the one he and Julian never had. But someone else is holding the strings. And escape is not that easy. Lake Forest Book Store is located at 680 N. Western Avenue in Lake Forest.