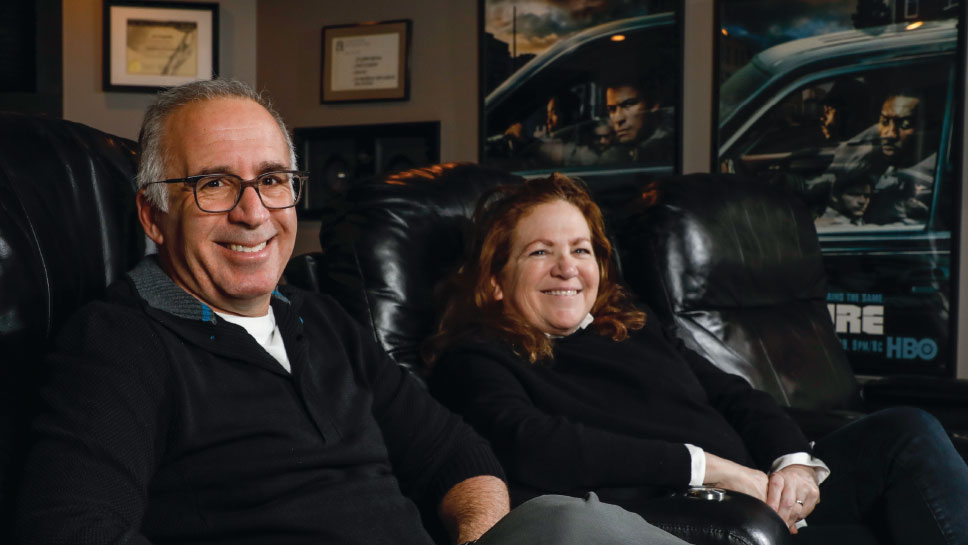 How did a powerhouse couple attract such celebrities as Jamie Lee Curtis and Tika Sumpter to come work in Evanston? We sit down with Colleen Griffen and husband Joe Chappelle. PHOTOGRAPHY BY JOEL LERNER

Colleen Griffen clears a place on the sofa for her husband, Joe Chappelle, so the two can sit together in their Evanston living room to chat about their new film. An Acceptable Loss, starring Jamie Lee Curtis and Tika Sumpter, comes out January 18, from IFC Films. Griffen’s kind, couch-clearing gesture, so simple and natural, underscores a lot.

Griffen and Chappelle have worked side by side in business and as married partners for more than 20 years as the power couple behind independent film and TV production company Mooncoin Films, which morphed to become CorradoMooncoin in 2013. The pair is well known for their work—Joe, for directing 27 episodes of Chicago Fire plus episodes of The Wire, CSI: Miami and Fringe; and Colleen for The Cold and The Quiet (2013) which won Best Narrative and Best Direction at the Women’s Independent Film Festival.

But this film project represents a return to a deeper collaboration the two have looked forward to repeating since they made their first film— Thieves Quartet, 25 years ago.

“Producing and directing television shows is great work,” says Chappelle, “But my dream has always been to get back and make an independent film with Colleen.” 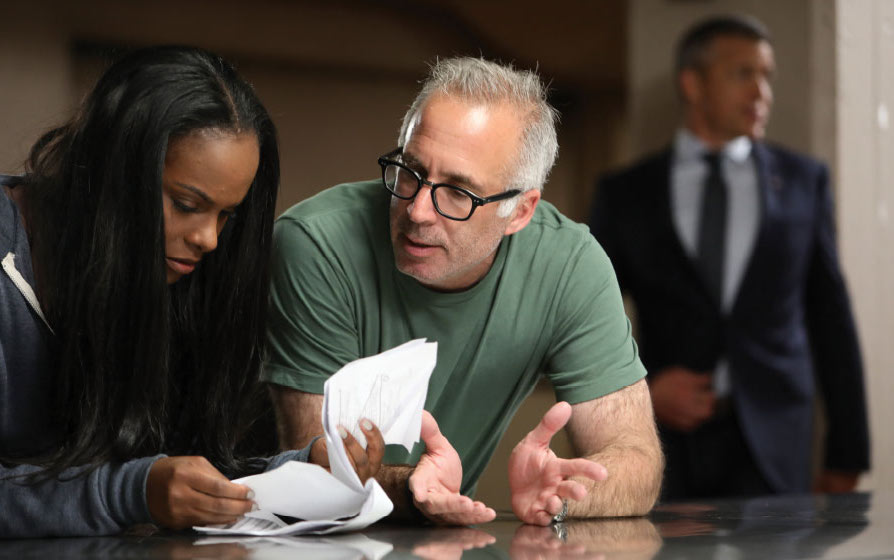 “We’ve always been a team,” explains Griffen, who met Chappelle when they were MFA students at Northwestern University. “Throughout our various role shifts, when Joe was off doing his TV shows, and I chose to be home with our children, I functioned a bit like his manager and advisor, running his business. And then later when I did my projects, The Cold and The Quiet and boyband, Joe served in the same roles for me.”

“We’ve always respected other’s taste and working style, no matter what capacity or roles we were exchanging,” adds Chappelle. “But ever since we made Thieves Quartet, we wanted to repeat that deeper more collaborative experience with one another,”

An Acceptable Loss gave them that chance. 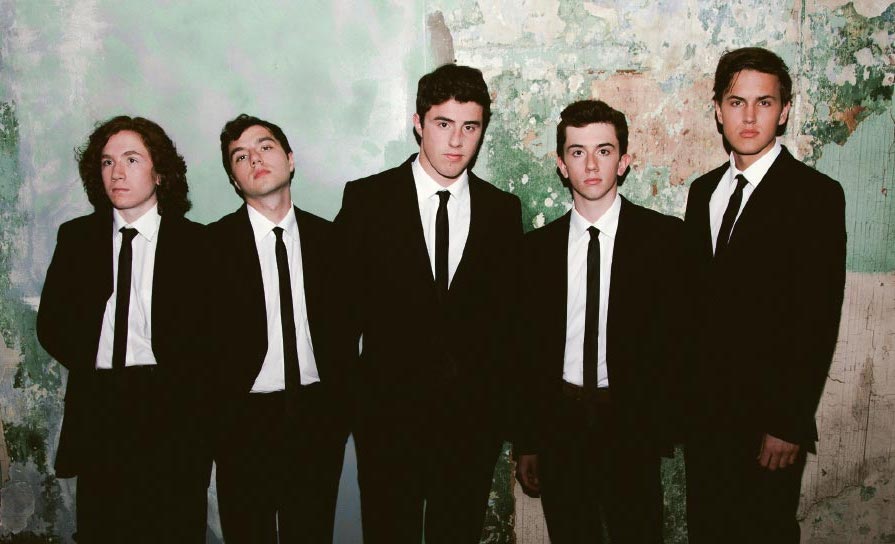 Filmed in and around Evanston between June and July of this year (with catering to cast and crew provided by Curt’s Cafe), the political thriller tells the story of two very different, powerful women, facing off in the wake of disaster—with heightened intrigue and danger provided by a supporting cast of male characters. Themes of betrayal, obsession, and the search for truth and redemption are woven throughout.

Evanstonians will recognize many of the settings: The lakefront near Northwestern, Heritage Trail Mall, rooms at Garrett Theological seminary, mansions on Michigan and Greenwood street—even the old glass greenhouse at the Evanston Art Center.

“Joe wrote this to Evanston,” says Griffen. “From a scenic standpoint, it’s so beautiful here. But more holistically, we filmed this here because we love Chicago. We live in Evanston and have deliberately chosen to stay here rather than to moving to L.A. because we believe in Chicago and Chicago filmmaking.”

Joe began writing the script for An Acceptable Loss in 2015 after watching two documentary films by Errol Mark Morris—The Fog of War and the The Unknown Known. The first film focused on Robert McNamara, secretary of defense during the Vietnam War. The second, on Donald Rumsfeld, secretary of defense during the second Bush administration, who oversaw the second invasion of Iraq.

“I was really struck by those two personalities and the huge contrast in their response to the aftermath of the wars over which they presided,” says Chappelle. “In The Fog of War, McNamara shows remorse and obviously feels very bad about choices made in Vietnam. In The Unknown Known, Rumsfeld is completely unrepentant, adopting an ‘if I knew then what I know now, I would do it all again,’ attitude.”

Churning on all of this, Chappelle thought the juxtaposition of two people with such different responses would be an interesting story to tell.

Discussing the idea with Griffen, “She asked, can the lead characters be women?” Chappelle recalls, “which was a brilliant idea. If you think about it, there are a lot of films centered on two men in a power struggle with one having doubts about the endeavor. But a movie built around two women of power and influence and their disagreements—that I had yet to see. It just felt right.”

When the script went out for coverage, Jamie Lee Curtis read it and said “yes” to playing the part of vice president Rachel Burke right away.

“Jamie Lee has been an early and very enthusiastic supporter of the film,” says Griffen. “She loved the character and had wanted to play something like this for some time.”

Finding their way to Tika Sumpter, who plays the lead role of top U.S. security adviser Elizabeth “Libby” Lamm, Chappelle and Griffen say they were very impressed with the work Sumpter had done in Southside with You, where Tika played the role of Michelle Obama.

“Finding Tika was kind of one of those magical things,” says Colleen. “The timing just fell into place.”

Reception to early screenings of the film has been affirming.

“A lot of our investors and executive producers are women,” says Griffen, “and at a screening this spring, to which a lot of members of the Center for American Women in Politics came, it was fascinating to see the reaction of so many powerful women. I was happy to hear them say in a number of different ways that we got it right.”

Corrado Mooncoin says An Acceptable Loss will kick off a series of locally produced films to help transform Chicago into a long-term living choice for more people in the film industry.

“Ultimately, we’d like to raise $50 to $60 million so that more film projects from Chicago writers and directors can come to fruition,” says Griffen “We have all these great TV shows and movies that are shooting in Chicago, but a lot of those are made primarily with talent imported from the coasts. With three of the best film schools in the country here in Chicago, there’s no reason why when kids get done with film school or theater training, they should feel like they have to leave Chicago to make a career.”