Bruce Mau and Bisi Williams are transforming how the world views and uses design, teaching a new paradigm of sustainable, ecological business thinking.

When Evanston-based designers Bruce Mau and Bisi Williams were invited by Coca-Cola to develop the company’s “Live Positively” sustainability platform and new brand icon, the couple had a goal in mind: Massive change. Ten years and countless recycled PET Coke bottles later, Coca-Cola is using design to lead change from the inside out, morphing away from the old industry models of production, to become an industrial ecosystem capable of perpetuity.

“The days of ‘build it and they will come’ are over,” says Mau. “The old approach to business was to lock onto a singular solution to a singular problem and create a product. That’s no longer good enough because that one-to-one approach of problem to solution didn’t deal with the impact of your solution. We helped Coca-Cola to understand this.”

With the world growing at the rate of 200,000 new humans each day, all business now needs to think of itself as an ecology, says Mau: “How does my business fit with other businesses? How does it fit into consumers’ imaginations? Into the natural world?”

To survive into the future, businesses must care not only about the individual user but about that user’s community and environment. And this all happens by design.

“This new paradigm of ecological business thinking defines problems and opportunities at a higher order of complexity,” Mau explains. “Solving challenges on an ecosystem level, and not just a product level means that design is central to business.” 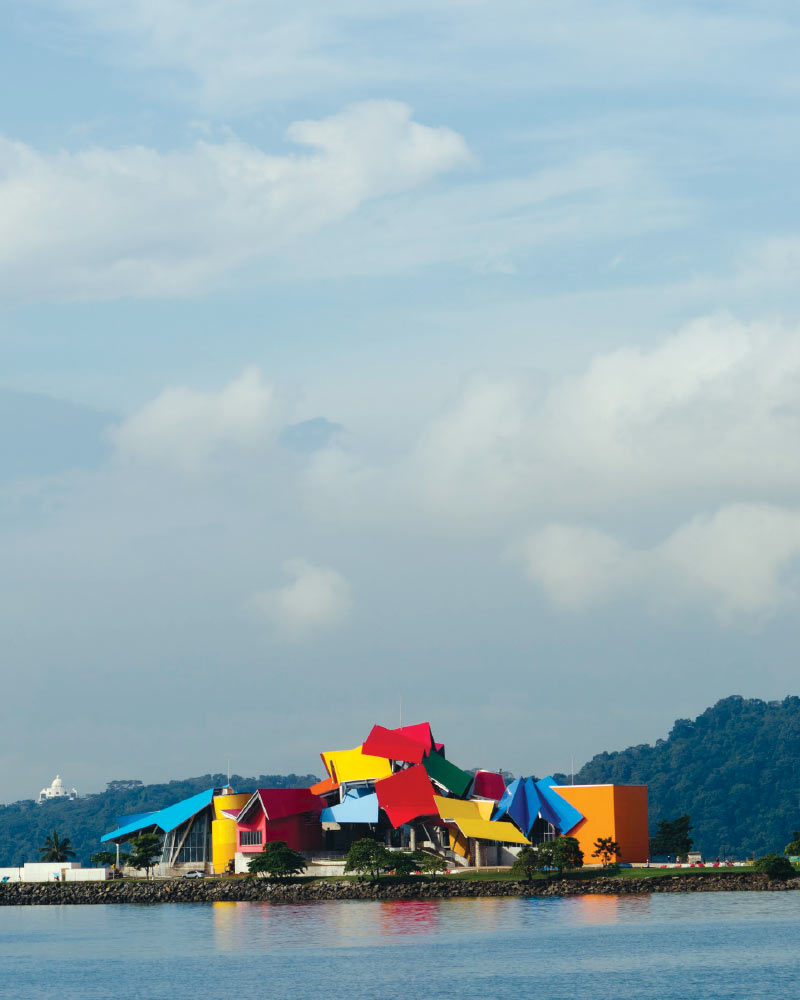 Exterior of Panama’s Museum of Biodiversity

Turning the wheel on how the world views design, and teaching corporations and governments to use design to lead, change, and better communicate, has been the driving force behind Mau and William’s Massive Change Network (MCN) since the couple—who has been married for 26 years—established their firm in Evanston in 2010.

“Design is not just how things look,” says Mau. “Design is leadership. Design is our best way of allocating resources to make things more intelligent, more valuable, more productive, more relevant. Design is the ability to envision a future and systematically execute the vision. And Massive Change Design is leadership for the new world—envisioning a future that is sustainable, abundant and equitable, and building a platform for constant innovation.”

These ideas coupled with the changing realities of our world prompted Mau and Williams to form their Massive Change Network after 25 years of design work in Canada. 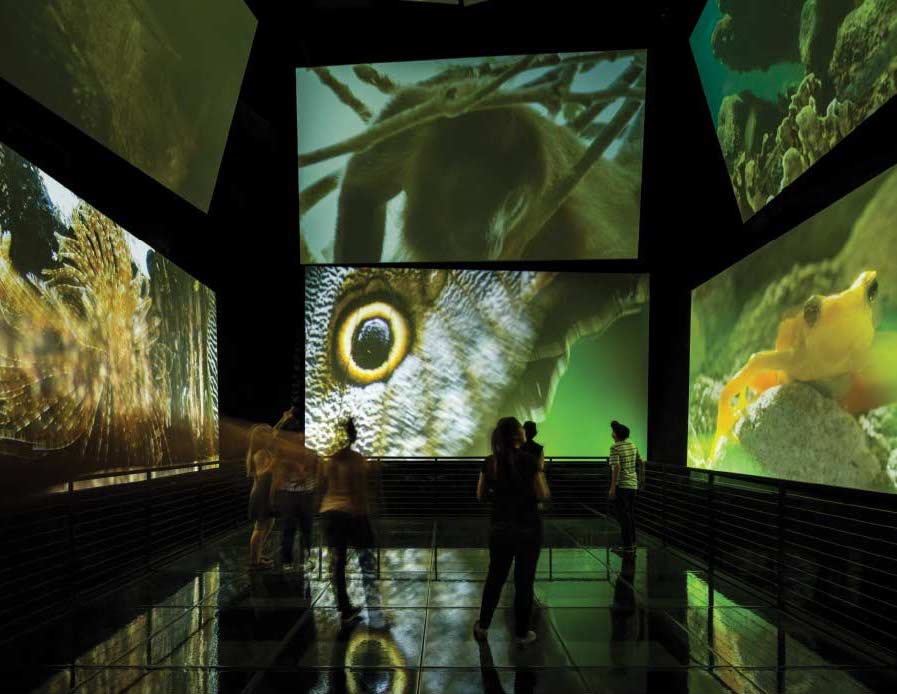 This evolution happened very organically, says Mau. “In the beginning, people were coming to us saying, ‘Can you design this business card or this logo?’ And then it was, ‘We aren’t being perceived in the right way, can you help us with our brand?’ And then it was, ‘What should we be doing to be relevant today and in the future?’”

To solve this increasingly complex set of challenges, Mau and Williams developed techniques that eventually led to a set of 24 thinking tools—The MC24 Principles.

“With the MC24, we’ve crafted a toolkit, so that when you are working on a problem, you have these mental models that you can call on to solve problems,” says Mau. “Kind of like having a toolkit at home, you don’t always use the hammer and then the screwdriver and then the wrench in a set sequence. In the creative process, when you confront a problem, you say, ‘Okay, this calls for this tool, or for that tool.’ The MC24 we’ve developed allow us to confront a very diverse set of challenges.”

MCN applied the ideas behind these tools to help Coca-Cola find a way to look at billions of PET bottles as a resource rather than trash. It used them to help Panama develop the first ever Museum of Biodiversity with architect Frank Gehry, and it applies them every day in ongoing work with the Freeman company, which produces more than half of the major trade shows and exhibits in America.

“It’s named that because it takes 111 empty Coke bottles to make the chair,” explains Williams. “Since the chair launched, Emeco has doubled its sales, and tens of millions of Coke bottles that used to go into the waste stream, are now being upcycled.” Even more holistically, MCN helped Coca-Cola open up to bringing design thinking into problem-solving at an earlier stage, building bridges between its different internal divisions.

“This creates alignment,” explains Williams. “Our methodology provides tools so that everyone is speaking a common language and there is then a common understanding in how you can use design to solve things operationally. The different parts of the company are able to shake hands across the verticals to more accurately communicate needs so that the whole company can then get to mission-specific goals.” 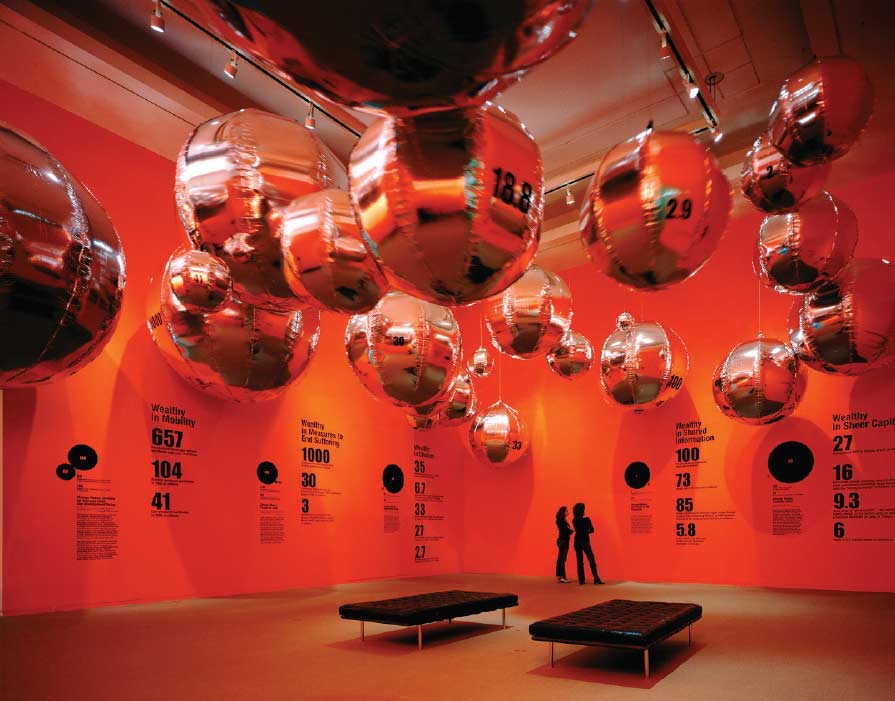 In creating the Panama Museum of Biodiversity, communication was also key.

Says Mau: “Frank Gehry came to me and told me that Panama wanted him to build a Museum of Biodiversity. Frank asked Panama, ‘Okay, but what is that?’ and Panama responded, ‘We were hoping you would tell us!’ So, coming in to help with this, we had to design not just the museum, but the mandate for it, figuring out, the ‘Why are we doing this?’ and ‘What are we trying to accomplish?’”

The mandate of the museum—which they still use as their yardstick 15 years later—is to educate, to change minds, network, to optimize resources, and declare their commitment to biodiversity as an important goal in the world.

“So, we worked from the inside out, from the core and DNA of the institution, to create the mandate, tell the story of biodiversity, and build the experience in a beautiful Frank Gehry container that corresponds and supports that pathway,” Mau concludes.

Beyond these projects, Mau says his work with Freeman is the most comprehensive that MCN has ever done. “We are working systematically to train nine thousand people around the world at the company in the principles of massive change design. Not only do we have an alliance with Freeman as a client of MCN, but I sit on the Executive Council as Freeman’s first ever Chief Design Officer, responsible for working with the leadership to apply design thinking across the enterprise, as well as working with our design teams in studios around the world to advance the quality of our product. We are applying design across the enterprise to rethink practically everything we do.”

Mau and Williams came to the Chicago area and made their home on the North Shore, directly as an outgrowth of the educational work they did with George Brown College in Toronto.

“A friend of mine on the board of George Brown wanted me to collaborate on an experiment in design education,” Mau recalls. “So, I created for them the Institute without Boundaries (IwB), a purpose-driven, experience-based experiment in entrepreneurial design learning at the college. Students spend a full 12 months, 24-hours a day, taking on a massive design challenge in a very public context.”

The IwB’s first project was Massive Change, a 20,000-square foot traveling exhibit on the future of design and its potential to change the world. Two groups of students worked over two years to produce the project which included the exhibit, a radio program, an online project, and a best-selling book called Massive Change published by Phaidon.

When the Massive Change exhibit came to the Museum of Contemporary Art in Chicago, Mau and Williams had such an extraordinary experience, that they began to think about making the move here.

“I was given an honorary doctorate by the School of the Art Institute of Chicago,” says Mau, “and delivered their commencement address.”

That same day, Mau and Williams met Bill and Stephanie Sick, longtime supporters of the arts, who described their own adventures living in 14 different global cities, before settling in Winnetka. The Sicks created the Bill and Stephanie Sick Distinguished Visiting Professorship at SAIC and invited Mau to be the first recipient, which sealed the deal on bringing MCN here.

Looking ahead, Mau and Williams say the biggest obstacles to progressing with design-thinking change, continue to be short-term thinking.

“Our economic system is so focused on short-term results—quarterly, monthly, daily and even hourly—that it distorts our decision making and prevents us from doing the things that would create the most wealth in the most sustainable way,” says Mau. “Still, we must work for change. We cannot afford the luxury of cynicism. The new challenges we have are what Bisi and I call ‘Success Problems’ not failure problems. We have new challenges because we succeeded so much. Because we have beaten back disease, ignorance, and hunger; and solved global transportation and communication systems; and connected billions of people like never before in history, we have a new class of problems.”

Ultimately? Mau and Williams have three girls and are very conscious that their daughters’ generation is inheriting the challenges previous generations created.

“I can’t imagine telling my daughters that I did nothing, that I was not willing and able to confront the challenges of our time,” Mau concludes. “Our children provide a long lens to see the future. You have to take action. That is the real purpose of everything we do.”