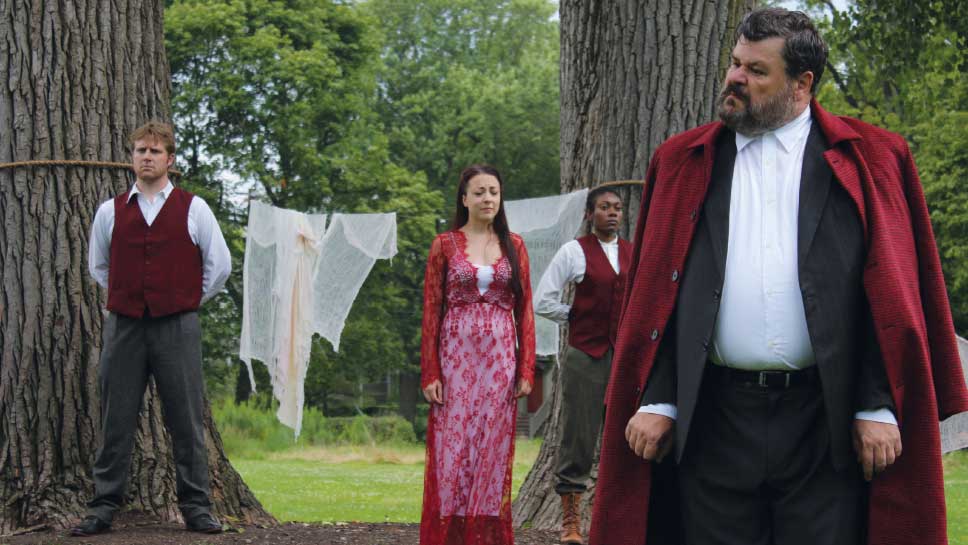 As Muse of Fire Theatre Company celebrates a decade of bringing free Shakespeare in the park to Evanston, we talk to founder Jemma Alix Levy about how she fell in love with the bard. This summer’s production of Richard III will mark the end of the Shakespeare scholar’s tenure as artistic director. PHOTOGRAPHY BY JASON KELLERMAN AND RICHARD SODERQUIST

Jemma Alix Levy saw her first production of one of William Shakespeare’s plays at age 7, an experience that would set the stage for a love of theater, and later—the bard himself.

“I thoroughly enjoyed my first Shakespeare play. It was funny, and the people felt real, and their relationships felt familiar, and I felt special because I was doing something grown up,” says Levy, founder and artistic director of Muse of Fire Theatre Company, which celebrates a decade of bringing professional summer Shakespeare productions to Evanstonians. 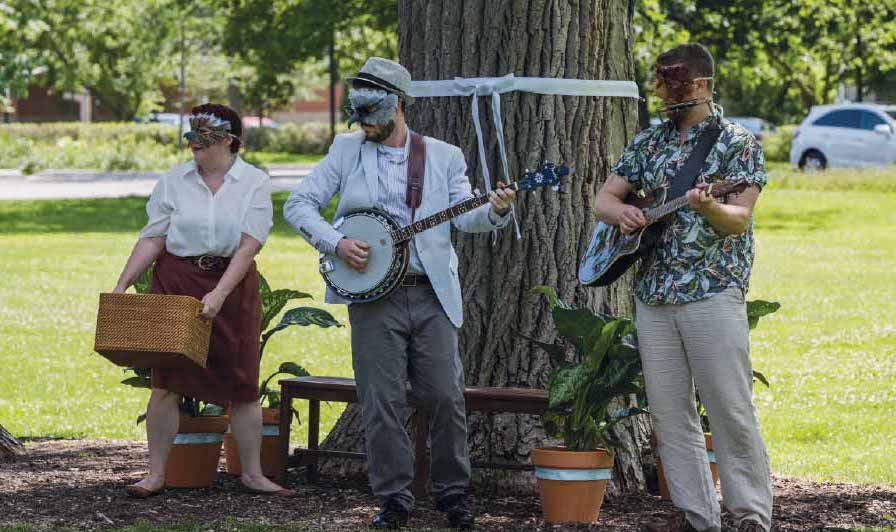 Recognizing a budding interest, Levy’s parents continued to take her to the theater—introducing her to more works by Shakespeare and other playwrights. And although it would take a few more years before Levy would be captivated with the nuance and hidden messages in Shakespeare’s original Folios (which are now aptly translated onto the stage in Muse of Fire productions), once she did, she never looked back.

“I fell in love with Shakespeare when I was older, when I began to recognize the humanity he instilled in all of his characters, and his incredible dexterity with language and poetry,” she explains. “By the time I first studied the plays in middle school, I was already thoroughly comfortable with them, and well on my way to falling in love with them.” 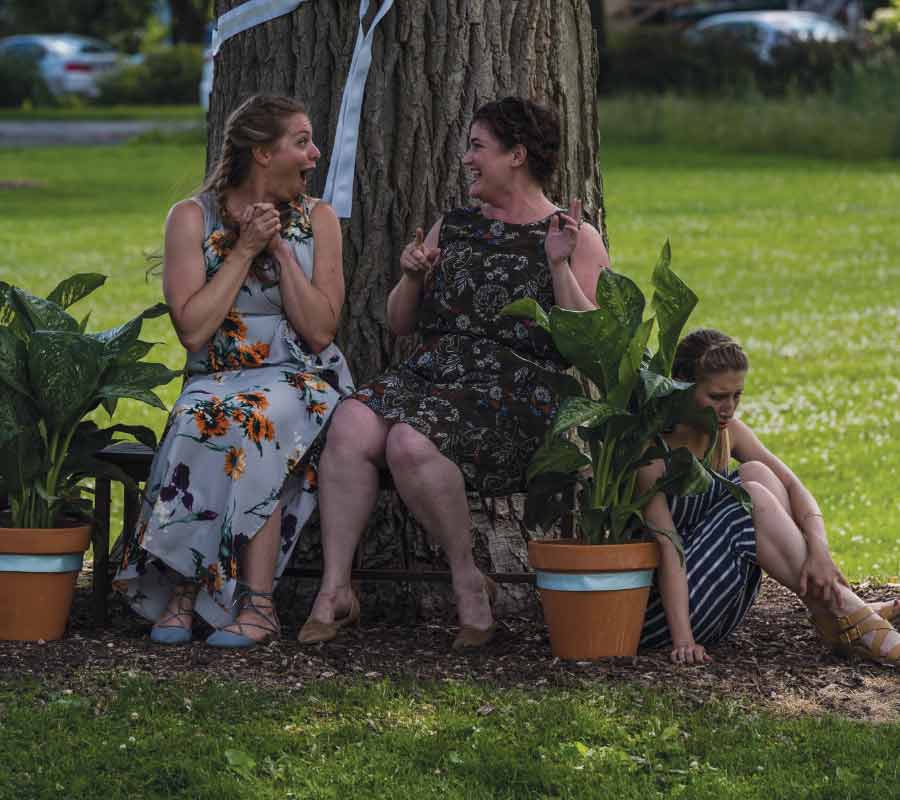 Levy would go on to earn her BA from Amherst College, graduate from The Juilliard School’s directing program, receive an MA in Humanities from the University of Chicago, and then earn a MFA in Shakespeare and Performance from Mary Baldwin College’s program in association with the American Shakespeare Center. With this impressive pedigree, she founded Runamuck Theatre Company in Austin, Texas. Her directing credits now include critically acclaimed productions in New York, New Jersey, Texas, and Chicago—including two national tours for the American Shakespeare Center.

But it was here in Evanston where Muse of Fire was born. Inspired by a line in Henry V (“O, for a muse of fire that would ascend/The brightest heaven of invention”) her vision was to make Shakespeare’s works available to everyone. Performed outside at Ingraham Park, the free productions have become a tradition and join similar theater companies who host outdoor Shakespeare productions, including Shakespeare on the Ridge. 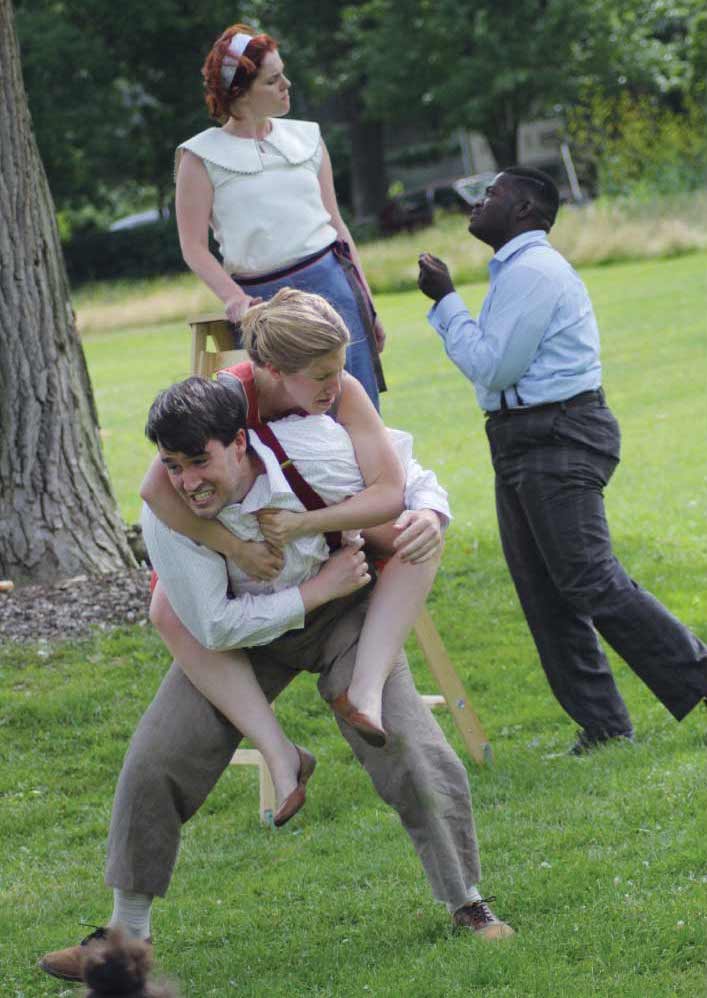 “It was so much part of my goal—to bring great theater to all audiences—that it is written in our mission statement,” explains Levy. “For me, it was about accessibility. I saw my first Shakespeare play at a young age, but theater is so expensive these days. Bringing your kid at the age of 7 is what everybody should be doing. These are the kids who are going to grow up to be our artists, and our funders. With Muse of Fire, we want to reach out to audiences who might otherwise not have access to theater.”

The theater company has done just that, producing many of Shakespeare’s beloved works over the past nine summers (offering two plays per summer season) including Hamlet, A Midsummer Night’s Dream, Romeo & Juliet, and Macbeth. Muse of Fire also presented Queen Margaret, a play adapted from Shakespeare and written by Levy, which she also directed alongside Lisa Uhlig. 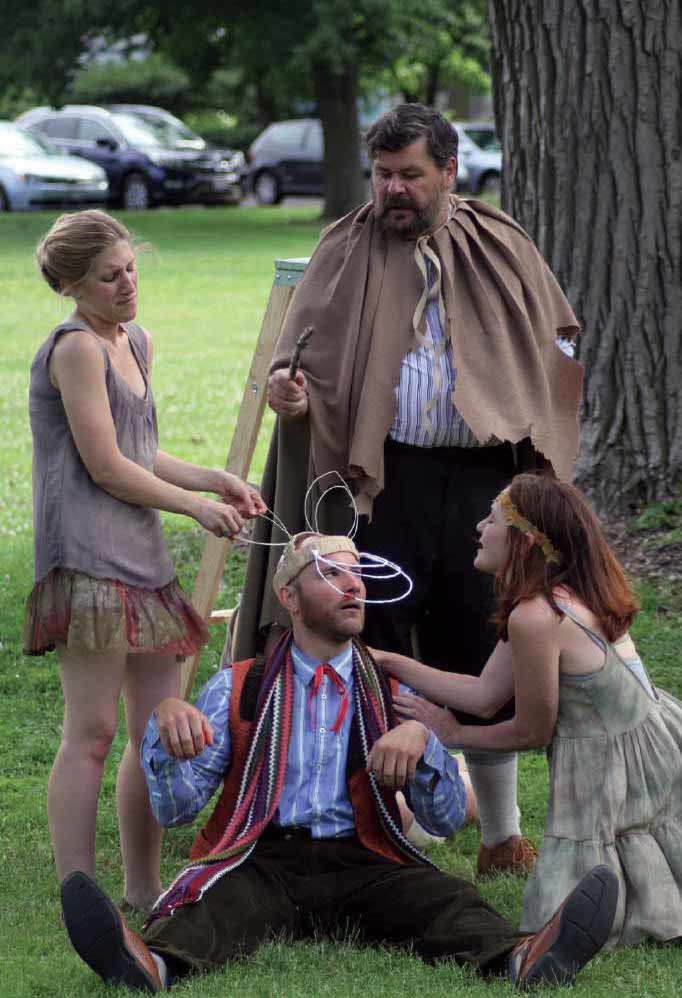 Muse of Fire performances take place in public venues (including Evanston Public Library). Audience members can come early (to watch set up), late, or mid-performance, and come as often as they like. For people who cannot commit to an entire performance (such as the elderly, people with health issues, or parents with young children), Muse of Fire offers an option traditionally not available to theater audiences.

“Some people might see the first half of a play one day, and the second half on a different day,” she explains, adding that her audiences are also more involved in the production than they might be at other theaters. “What makes us unique in Chicago is the aesthetic we have about interacting with the audience. We use direct address. Shakespeare wrote for his actors to speak directly to the audience, looking to them to take on roles within the play, to be his characters’ confidants. It creates a community within the audience and allows a communal reaction to things. 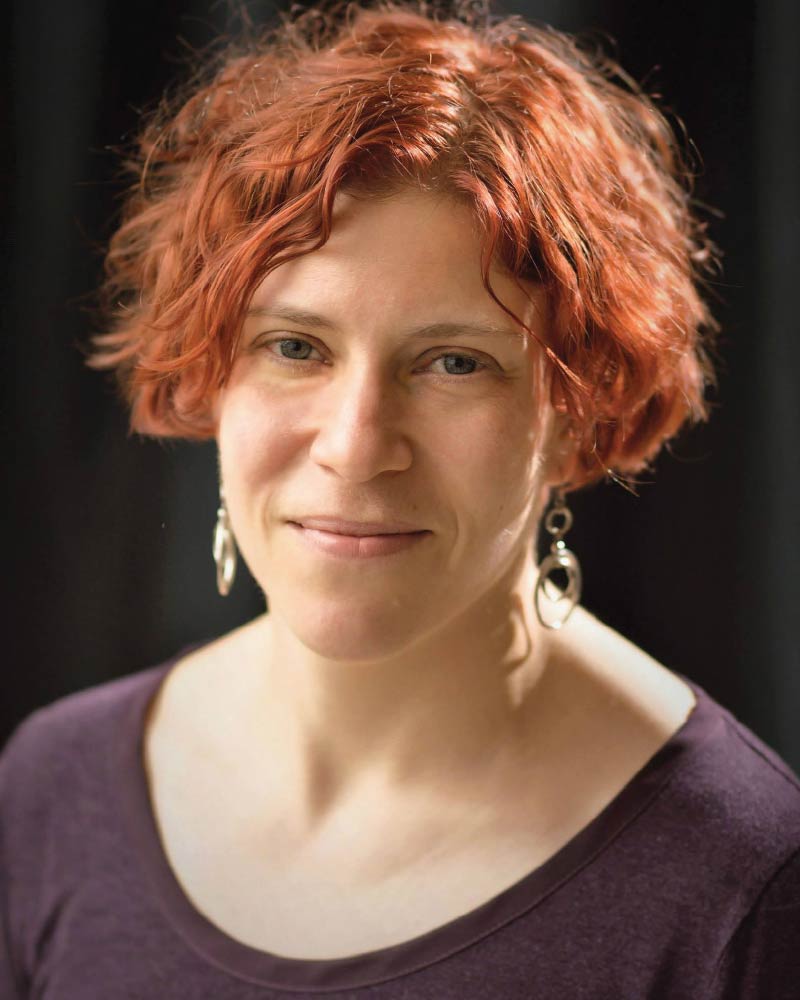 In celebration of the 10th anniversary, Muse of Fire will be putting all its focus into one production instead of two with Levy directing Richard III this year. Equally important to Levy’s other priorities as artistic director, is that she is an advocate for cross-gender casting and other efforts to reflect the ethnic and cultural diversity of audiences on stage. For Richard III, she has cast many women to play the roles of Shakespeare’s male characters. More than half of the 12-person cast is female.

This will be a bittersweet grand finale for Levy, who will step down as artistic director after the 2018 season wraps up. “I want to give someone else an opportunity to take over the company,” she says. After living in Evanston for a decade, Levy has been Assistant Professor of Theater at Washington and Lee University for the last several years—traveling back to Evanston during the summers to run Muse of Fire. Next summer, she’ll pursue advanced studies in England and promote her own original plays.

But first, she plans on retiring from Muse of Fire with a phenomenal production of Richard III, which will undoubtedly earn her a standing ovation for more than just the performance.

For more information on upcoming performances, or to donate to Muse of Fire Theatre Company, visit museoffiretheatre.weebly.com.