Taking on a historic home is often a labor of love. With all the charm and character can come a century of wear and tear, along with the responsibility to preserve original architectural features in a modern world.

That’s exactly the case with the Evanston family that purchased an 1892 Queen Anne in the South Hinman Street historic district a few years ago, embracing a history that goes even beyond the Victorian home’s gambrel roof and cross-gable. “This home has been here for more than 125 years so in a way, we view ourselves as caretakers,” says the wife. “We feel that we have a responsibility to continue to help the home age gracefully.”

Knowing the story of the original owner, Louise Brockaway Stanwood (1858-1935) makes the home even more significant to the couple, especially considering their three young girls are being raised there. As documented in the Evanston Woman’s History Project, Stanwood graduated from Vassar College in 1880 and came to Evanston in 1883. She was a founding member of the Woman’s Club of Evanston, and was the first Evanston woman to hold public office—having been elected to the District 75 school board in 1892, the first in which Evanston women could vote. 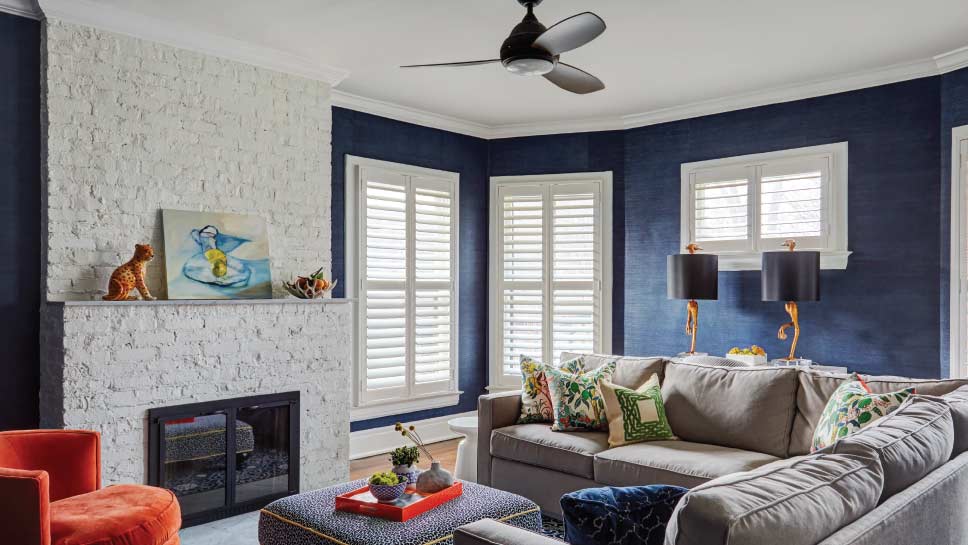 When this lavish Queen Anne Victorian was built in 1892, it was the home of Louise Brockaway Stanwood, who went on to be a founding member of the Woman’s Club of Evanston and was the first woman to hold public office. Today, the family that lives there is preserving its historic legacy while bringing it boldly into the 21st century. Evanston Magazine takes a peek inside. PHOTOGRAPHY PROVIDED BY MICHAEL ALAN KASKEL PHOTOGRAPHY 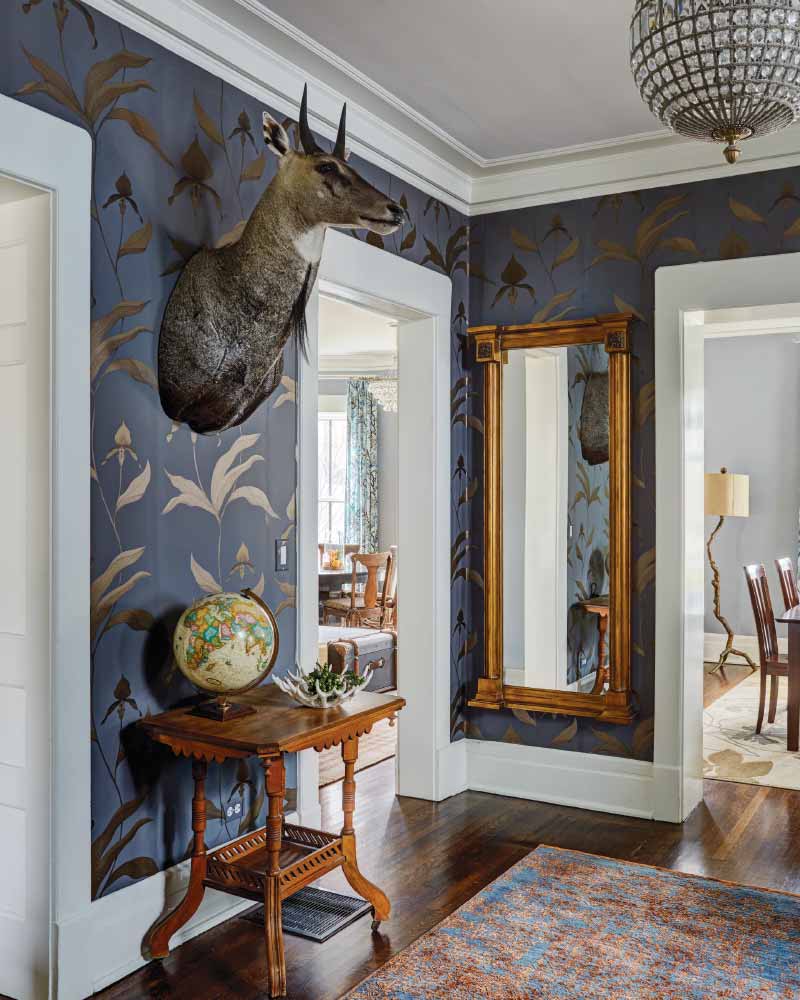 The current residents are only the sixth owners in the home’s history, coming in with a wish list of things they would like to see done to bring the home into the 21st century. “The project really had two parts—utility and aesthetic,” says the wife, explaining how they found and then hired interior designer Jasmin Reese to bring their vision to life.

“Jasmin was referred to us by a friend in Lincoln Park who also has three young children, so we felt she’d be a good fit for our project. We looked to her for traditional style with fun, punchy, and chic elements,” she adds. “We were comfortable with her and had faith that even if an individual choice about a piece, or color, or fabric on its own may have struck us as odd, in the context of the whole project, it would come together and make sense.” 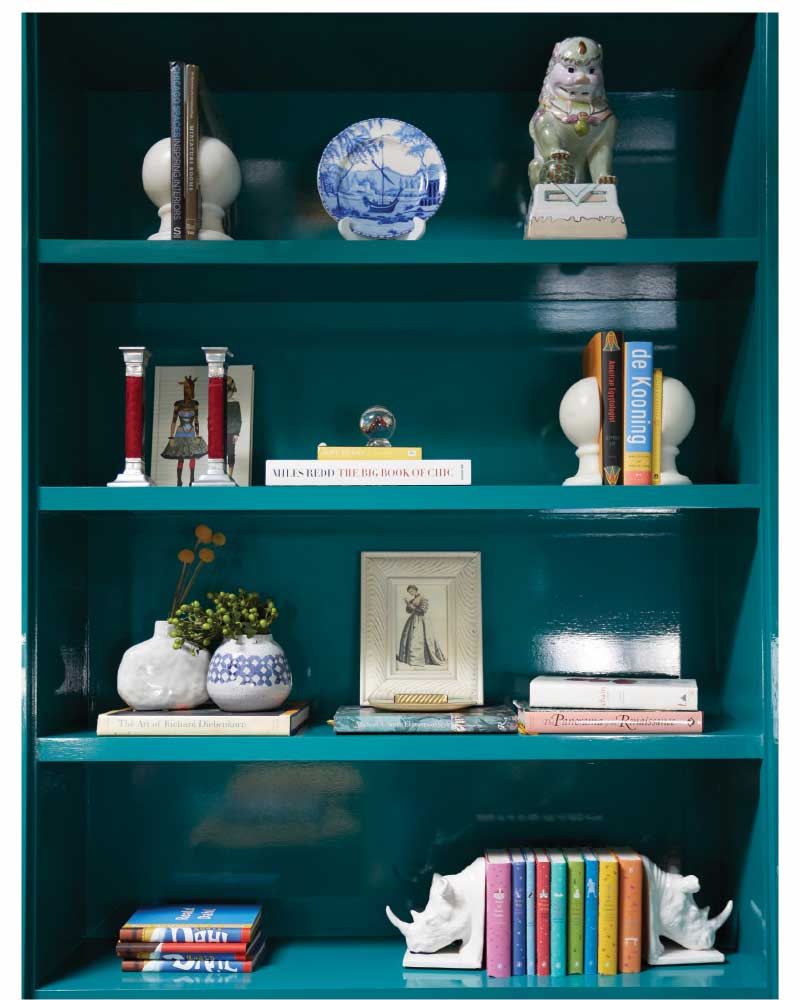 And that’s exactly what has happened.

Reese, interior design principal at Jasmin Reese Interiors in Chicago, says it was fun to work on the project with the couple because they had “great design sense.”

“They have taxidermy throughout the first floor of their home, along with some excellent lighting fixtures,” says Reese. “At the beginning of every project, I meet with homeowners for a style session in my Lincoln Park office. We go through dozens of images on Pinterest, Houzz, and shelter magazines, as well as review several wallpaper samples and materials.” 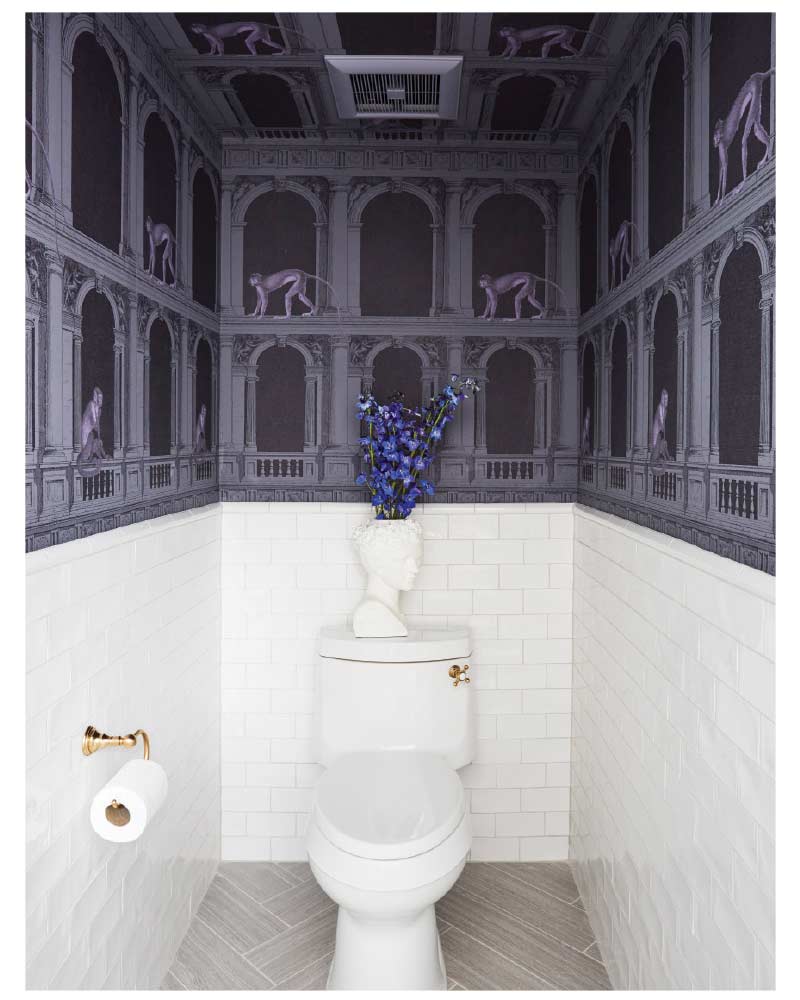 The result—an eye-popping injection of sophisticated whimsy and color throughout the home—is almost as impressive as the home’s historic pedigree. The sitting room in the master suite, for example, is finished with a high lacquer treatment with Fine Paints of Europe done by Minnihan Painting. “It was a meticulous process and took two weeks for that one room,” says Reese. A frieze above the door by Architectural Artifacts was added and every piece of furniture was custom-created with the homeowner’s lifestyle in mind. 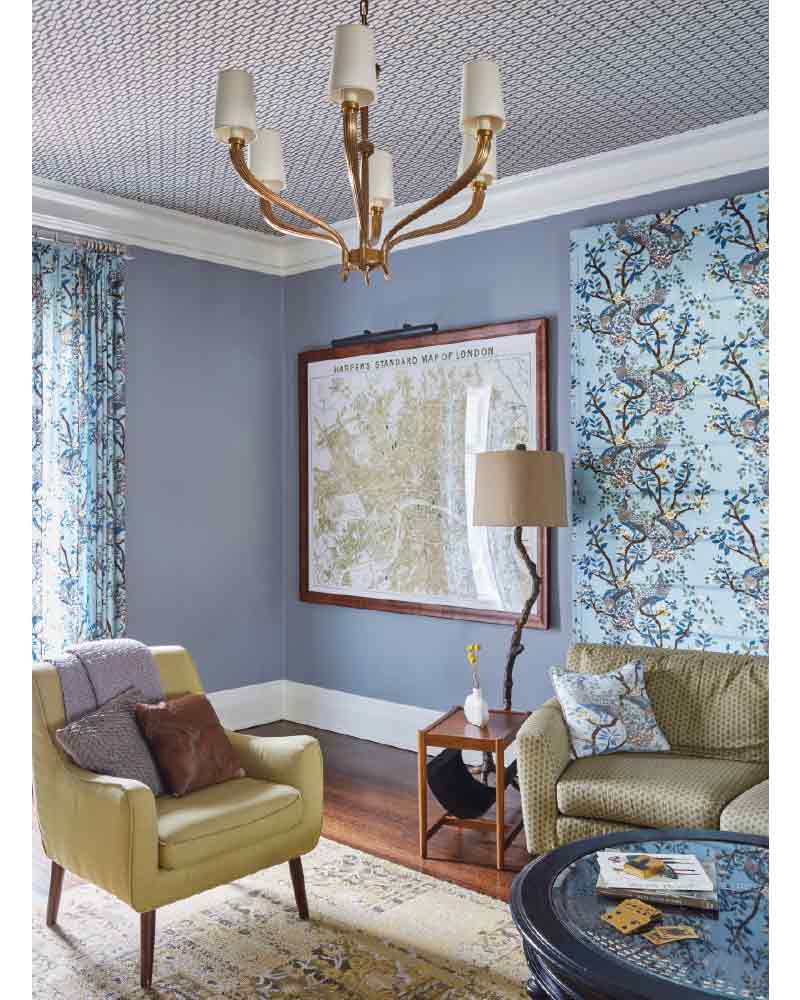 All these things were on the homeowner’s original wish list. “We wanted a functional bathroom with plenty of space, a serene bedroom, and a walk-in closet to accommodate the usual bedroom clutter,” the wife says. “As a bonus, we were able to find a space for a TV room with a wet bar. It’s a place for our older girls to wander up to, early in the morning, get themselves a drink of water, and play while we begin our day.”

Reese says that working on the library-style sitting room was one of her favorite parts of the project.

“The turquoise is a rich palette, then the rug is an incredible colorful piece made from sari silks, and the window treatments are made from fuschia wool plaid,” she says. “The chair was a Maitlind Smith piece found at an antique store that we recovered with Italian turquoise leather, while the settee has a modern juxtaposition to the room fitted with classic animal prints and velvets.” 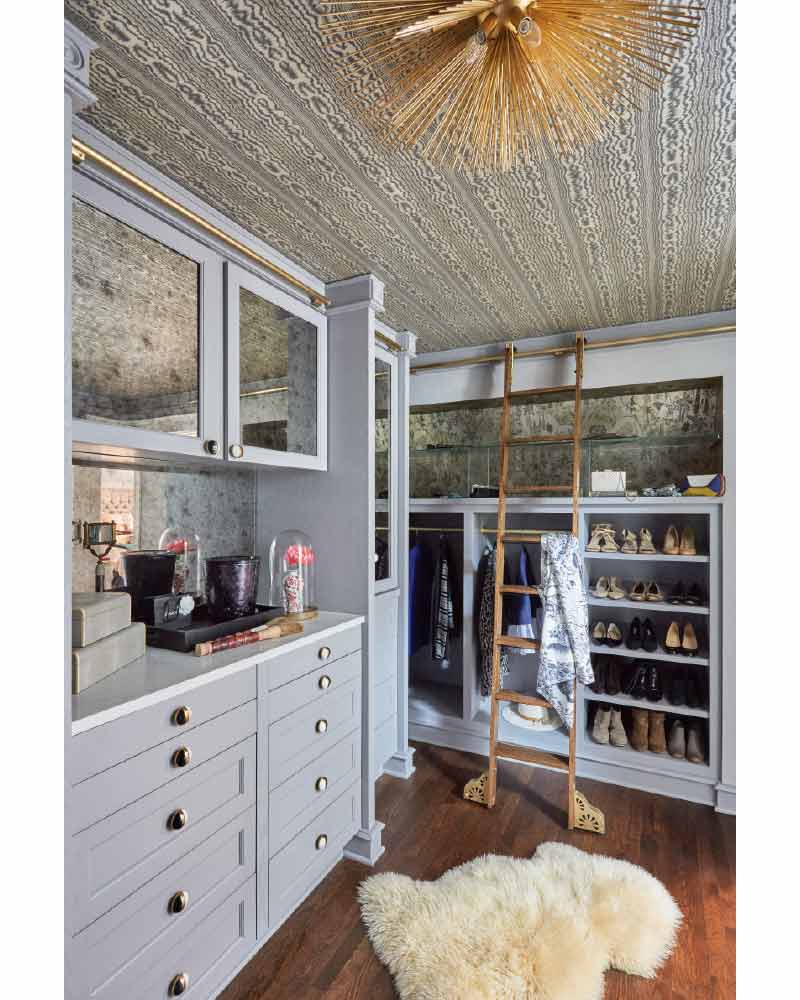 Reese and her clients were also able to have a secret door that led to their cedar storage closet (which previously was a sauna). The bar was designed with Kelly Wearstler Ann Sacks tiles that are very modern but feel traditional in the space and provided a warmth against the more colorful palette. Wallpaper was incorporated throughout, including the ceilings.

The homeowner says they could not be more pleased with how it turned out. “Our goal has been to make improvements to the home to make it more livable and friendly for modern times and a modern family—while staying true to the historic roots and the context of the home” she explains. “With Jasmin’s help, I think we accomplished that beautifully.”