For a city that’s so famously “progressive,” we Evanstonians are the first to dig in our heels to anything that modestly resembles change. (And I’m saying “we” here, faithful readers, for I—your time traveling correspondent—am most definitely not immune.)

Last summer, you may recall, it was all about the new Target store slated to open downtown (which is now humming happily along). The change in question this time involves our city’s southernmost border and a bit of hand-wringing (on the Facebook, and elsewhere) over the Evanston City Council’s approval of supporting a new theater there. From what I can surmise, esteemed council members approved a $1.4 million construction contract for a building on Howard Street that will be home to Theo Ubique—a cabaret theater currently operating at No Exit Cafe south of the border down in the original Ridgeville area (now known as Rogers Park). 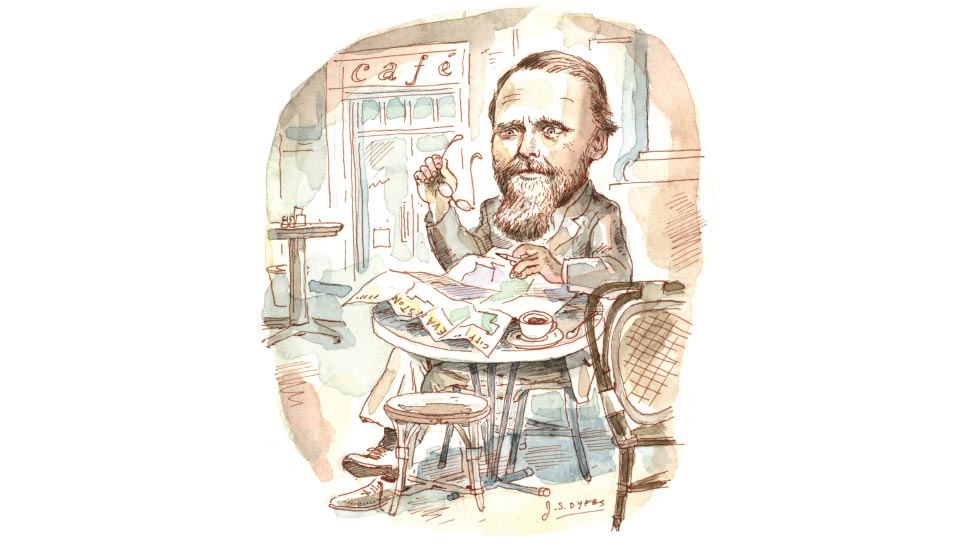 Given all the grousing that’s gone on for years about the depressed economy down on the Evanston side of Howard (which was incidentally named after Howard J. Ure, a farmer who was among early settlers who founded Rogers Park in the 1850s), I don’t understand what there could be to complain about. The theater will join a new cocktail lounge called Ward 8, North Shore Cider Company (which I think may be alcoholic … but still), the popular Peckish Pig restaurant, and a new space for Pascal Berthoumieux’s Cafe Coralie. Isn’t this why the Howard Ridge TIF (tax-increment financing district running along the north side of Howard from the CTA Red Line to Ridge Avenue) was created?

While most citizens—particularly those who dwell in this southern portion of the city—do seem to share my support (which is just shy of all-out enthusiasm) of a vibrant new boulevard of entertainment on our border with Chicago, skepticism abounds. It’s the Evanston way, I suppose. Some worry that it’s too much, too soon, with not enough planning. Others question why we invest in Howard Street, and not try to save the Harley Clarke Mansion up at our northernmost border. One alderman protested because he would rather spend the money on schools—a worthy sentiment, yet a different discussion altogether.

All this controversy can be exhausting at times for a character of my age and tangential existence. I have both the blessing and curse of a perspective of watching my “Evans town” go from a bluff along the lake scouted by my Methodist brethren and business colleagues to the city we know today.

When we founded Northwestern University and Garrett Biblical Institute in 1851, there was hardly anything around it. The whole area that stretched from the southern edge of the Ouilmette Reservation (which is now Central Street) to the Graceland Cemetery in Chicago was known as Ridgeville (the first post office was at a local tavern). Only a few hundred settlers lived there back then (including Howard Ure and his family).

Seeing the need for a more proper town for our Christian institutions, we submitted plans in 1854 for a city to be named Evanston. Modern readers who think local government doesn’t act quickly enough today should note that the township of Evanston was not approved until 1857. We parted ways with Ridgeville Township soon after that but didn’t formally incorporate (yes, more government paperwork) as a town until late 1863.

By then the Civil War was underway and the whole area was changing dramatically. We annexed a small farming village known as North Evanston after the war, but the street named after Ure was still considered Rogers Park. Our borders didn’t extend that far south until the village of South Evanston was annexed in 1892. It was only then that we officially became a city (and it took another year to get electricity, a modern marvel that once again changed everything).

Now, remember that I wasn’t living in Evanston that whole time (I was a much busier man, prone to gallivanting all over the country) but my imagined self is certain there was grumbling on every side of every issue and every change that happened between then and now. And truth be told, it was probably necessary. Raising opposition keeps our democracy in check, whether it’s on a national scale, or about deciding to fund a building so an 86-seat theater can open on Howard Street.

There are obviously far more, nitty gritty details to this story that I am floating so superfluously on these pages. Various tallies have floated around about which part the city will fund, which part the theater folks will pay for, and how it will all work out in the end. Those are all unknowns, but what we do know from history is that we haven’t had live theater on our Chicago border for decades.

Practical Theatre Company was founded by a group of Northwestern University students in the 1980s and even though many may not remember it at all, the impact is worth noting—particularly given the feature story that made the cover of this edition of Evanston Magazine. Operating out of a humble storefront on Howard Street (with no cafe or fancy government funding), Practical Theatre gave those young artists an opportunity to hone their craft and bring shows to life for Evanston audiences.

While I can’t claim to be involved in (or even invited to) this month’s “A Starry Night” fundraiser at Northwestern, I think it’s fair to say that two of those founding theater ensemble members—Brad Hall and Julia Louis- Dreyfus—would be just as welcome at the VIP table as Mr. Colbert himself.