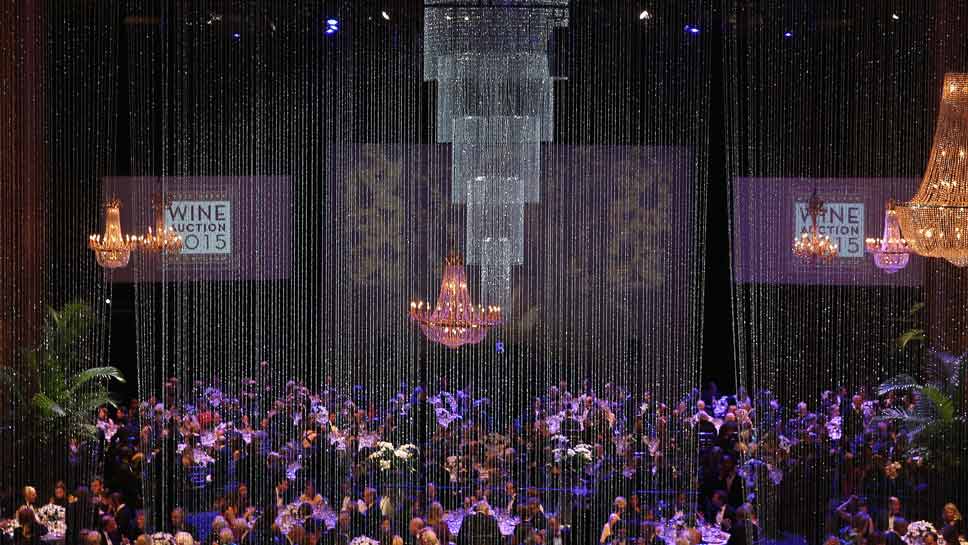 A VINTAGE YEAR
Words by Peter Gianopulos
Over the last three decades, the Lyric Opera of Chicago’s annual wine auction has become the event of the season for discriminating wine lovers. Some of the mythic wines to be auctioned off at this year’s auction on Saturday, April 14 include a 1945 Mouton Rothschild, an imperial of 1986 Château Margaux, and a case of 1990 Château Margaux. But as this year marks the event’s 30th anniversary, tributes will be paid to longtime contributors. A dinner will honor Shirley Welsh Ryan, who launched the Lyric’s first wine auction in 1988, followed by an appearance by Michael Davis, a longtime Evanston resident, who will act as one of the evening’s auctioneers. “The evening is a convergence of Chicago’s elite. Corporate and community leaders, icons of culture and society, and me—a common man with a gavel,” says Davis, who has auctioned wine with the event since its inception. “When I first open an item for bidding I like to engage as much of the room as possible and maintain a quick pace. When the bidding boils down to two or three bidders I like to advance very slowly, creating a little drama and hopefully some competition among the bidders.”Judging by the results, few could quibble with Davis’ approach. Since the auction’s debut in 1988, the Women’s Board of the Lyric Opera of Chicago has raised more than $9 million dollars in support of the Lyric’s programs and initiatives. For tickets and information, visit lyricopera.org.

NATIVE TALENT
Evanston natives (and Evanston Township High School sweethearts) Juliet and Kevin Bond were almost destined to be stage parents. Both have performed in theater and television and Juliet works in development for Evanston’s Piven Theatre Workshop. And while their oldest son, Jacob Bond, acted all through his ETHS years and is now working regularly in Hollywood, it’s the youngest—Haven Middle School Orchestra percussion player Casey Bond—who got some high-profile exposure last year. Casey apparently wowed directors at Victory Gardens Theatre in Chicago. He was cast as an understudy for two roles and played Christian for five performances of the theater’s production of the Tony Award-winning Broadway musical Fun Home. “He’s always been a well-rounded kid,” Juliet says. “He plays baseball, volunteers for COPE, and at the soup kitchen his grandmother runs, but he also loves to act. His first professional role was in a production of Dead Man Walking at Piven Theatre Workshop two years ago.” Soon after, he auditioned and was signed by Stewart Talent. “He was terrified because, although he’d been acting for years, the only singing or dancing he’d done was in our house,” Juliet adds. “It was a challenging task to take on as he had to learn the singing, acting, and choreography for both parts. But he enjoyed every second.” Casey recently auditioned for a new show on Disney Channel and is currently playing the role of Olaf in Stawdog Theatre’s production of Ibsen’s Pillars of the Community. Will the Haven Middle School student be the next big home-grown star? He seems to be headed in the right direction. 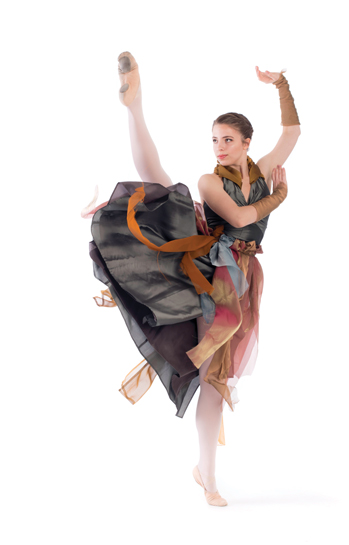 A MIDWINTER’S RESPITE
Celebrate the World Premiere of A Midsummer Night’s Dream performed by our own Evanston Dance Ensemble from March 5-19 at Northwestern University’s Josephine Louis Theater. Conceived and staged by artistic directors, Béa Rashid and Christina Ernst, this new production of Shakespeare’s romantic comedy incorporates different styles of dance and features an original score by Emmy-winning composer, Steve Rashid. The fantastical sweetness of the story’s wondrous characters will delight audiences of all ages. The show’s opening will be celebrated in style at Evanston’s wickedly fun dance party, “The Fantastical Dance,” on Saturday, March 17 from 6:30 to 11 p.m. at Studio5, 1934 Dempster Street in Evanston. All proceeds benefit the nonprofit Evanston Dance Ensemble, the pre-professional dance company in residence at the Dance Center Evanston. Tickets for the show and benefit are on sale now. For more information, visit evanstondanceensemble.org. 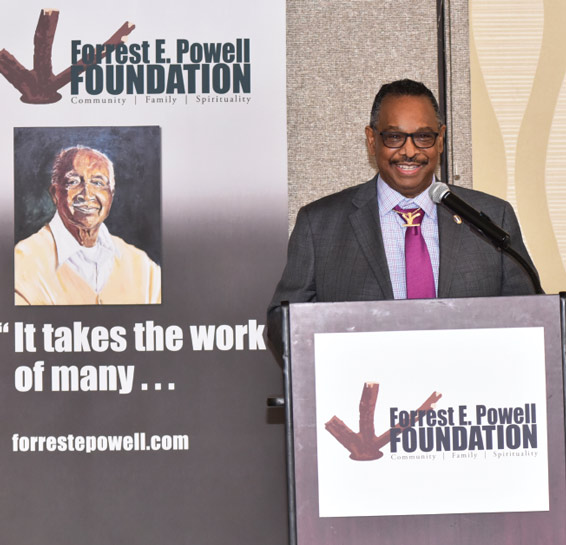 JAZZ BRUNCH
As any Evanston Township High School (ETHS) parent knows, every teen is different. Many are ready to graduate and head off to four-year universities and others are still trying to find their path. For some, college isn’t always the answer. And that’s why Evanston is lucky to have a community leader like Hecky Powell. For more than a decade, Powell and his nonprofit Forrest E. Powell Foundation (named after his late father) have hosted a Jazz Brunch to raise funds for the Evanston Work Ethic (WE) program. “The WE program selects ETHS students each year who want to find well paying careers, but aren’t interested in a four-year college path,” explains Nancy Baker, executive director of WE. “Our students may opt for associate’s degrees, trade schools, apprenticeships, or short term certification programs.” This year’s event will be held from 11 a.m. to 3 p.m. on Sunday, March 25, at the Hilton Garden Inn in downtown Evanston and will include guest speakers, an award ceremony, and as always, live jazz from the Ron Perrillo Trio. Tickets are $60 in advance or $70 at the door. Hilton Garden Inn is located at 1818 Maple Avenue in Evanston. For more information, visit forrestpowell.com/2018-jazz-brunch. 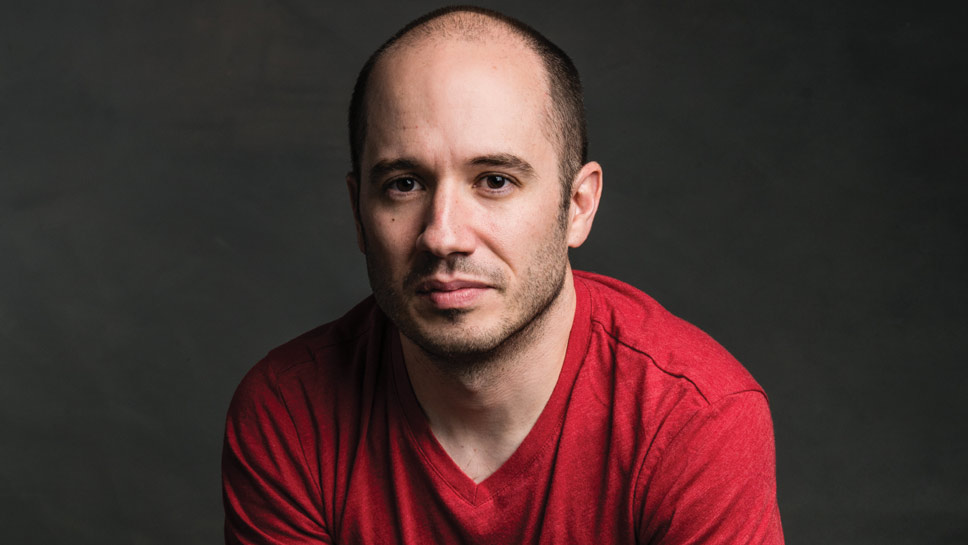 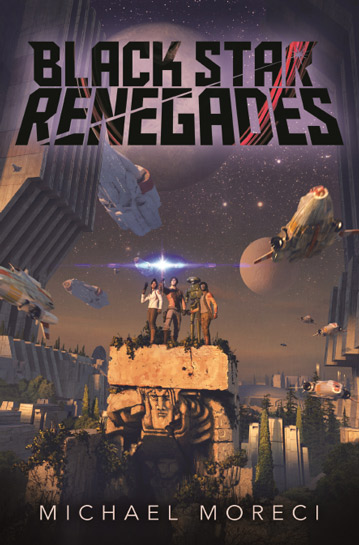 RENEGADE WRITER
Michael Moreci, a 2008 graduate of Northwestern University’s MA in Creative Writing program, took his galaxy-hopping new novel around the country and on local television recently in what has become a critical success with science fiction fans. Black Star Renegades, a St. Martin’s Press novel written “in the tradition of Star Wars,” goes from seedy space bars to sacred temples with a cast of misfit characters who have nowhere to go and nothing to lose. This is Moreci’s first novel but he has made a name for himself over the last few years in the world of comics with his Roche Limit series and several others. A regular contributor to DC comics, the Northwestern alumnus is a writer for Superman, Wonder Woman, The Flash, and Suicide Squad. He also writes for LucasFilm and contributes to starwars.com. For more information about his life and work, visit michaelpmoreci.com.