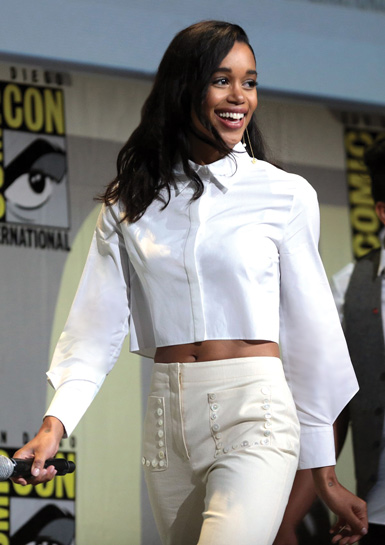 In less than a decade, Laura Harrier has climbed the web from Evanston Township High School (ETHS) graduate (in 2008) to a starring role as Liz Allan, Peter Parker’s crush, in the summer blockbuster Spider-Man: Homecoming. We caught up with Harrier earlier this year to find out about her career to date, upcoming projects, and favorite memories of growing up in E-town.

What are your fondest memories of growing up in Evanston, and what do you like to do when you’re back to visit?
It was amazing to grow up in a place where you could play outside, and run around, and ride bikes with your friends. I remember going to the beach in the summer—Lighthouse beach and Lee Street beach—going to Chandler Center sports camps. Walking to White Hen on Central Street was a big one. Riding bikes at Lovelace. The friends I made growing up are still my best friends. When I’m back, I spend time with my family. I always have to go to Hartigan’s to get some ice cream. I try to go to Cross Rhodes for some fries. It’s nice to take a walk at the lake with my mom, go to the movies with my dad, and see my friends and spend time outside.

What were your passions as a high school student, and when did acting come into the picture?
I took classes at Piven Theatre when I was younger. And then in high school I was focused on sports. I ran track pretty competitively. Our girls track team was so good then, we won state. I did drama classes, but it wasn’t really my thing. Acting came into the picture later, after I had modeled for a while. I always did commercials as a model, and friends who went to places like NYU would ask me to be in their films. I realized I really liked it. I went back to school at William Esper Studio in Manhattan, and I studied there for two years.

Who influenced you to become an actress? Which actresses/actors or directors were your favorites?
There are a lot of people I look up to. I love people like Viola Davis, Juliette Moore, Robin Wright, and Emma Stone. There are so many talented people out there and so many talented directors I want to work with, like Sofia Coppola. The more I’m in this, the more people I meet and the more I’m exposed, I feel constantly inspired.

Which of your acting experiences prior to Spider-Man: Homecoming was the most memorable and meaningful?
I worked with the director Steve McQueen [12 Years a Slave] on a pilot for HBO called Codes of Conduct, which didn’t end up happening. That was a pivotal moment for me. I learned so much from him. He was someone whose work I had admired. It kind of changed the course of my career, even though the show didn’t end up happening. 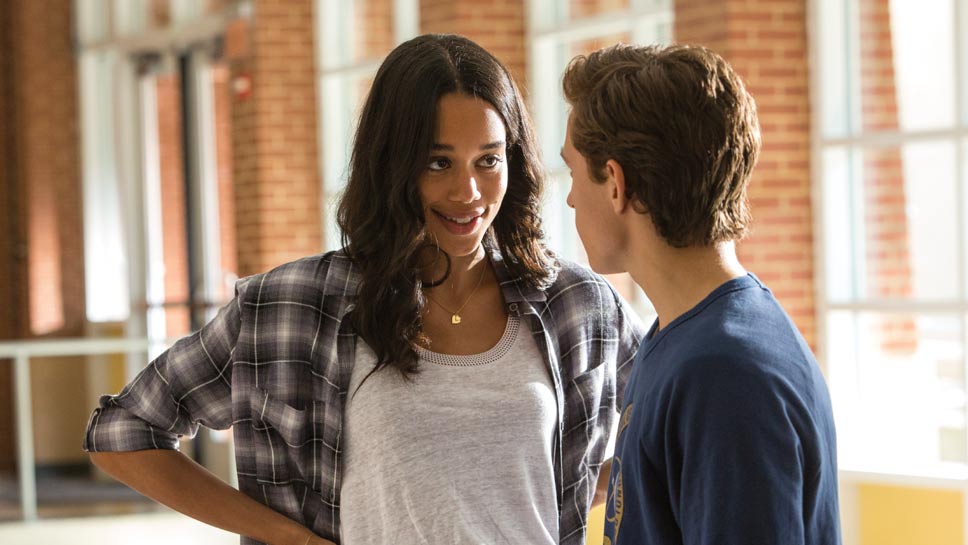 How did you land the Spider-Man role, and what was that experience like?
My agent sent me this audition, I think it said, “Untitled Marvel Project.” I went and there were a bunch of girls in the waiting room. The audition went OK. Then I had a call-back with Jon Watts, our director, and then a screen test with Tom Holland (who played Peter Parker). I think I had to wait six weeks before I heard anything. I had checked out, thinking I hadn’t gotten this. When the phone call came, I was shocked. Even after I got the part, I didn’t know who I was playing. It’s not real lines that you’re reading in these auditions. They didn’t let me read the script until we started shooting. I thought I was a friend in high school. I didn’t know I was the love interest. I didn’t realize the size of my role until I was there on set.

What was it like to work with Robert Downey Jr., Michael Keaton, and the rest of the cast, including Tom Holland?
They’re amazing. I didn’t really work directly with Robert Downey Jr., but I had a lot of scenes with Michael Keaton, and some with Marisa Tomei. I just tried to soak up as much as I could being around actors like that. Doing a scene with Michael Keaton was just surreal. He’s a really lovely guy. When you see people who are that good, on that level, it’s clear why. They’re so talented, and so “on,” and so professional. It was cool for Tom and I as young actors to learn from them and see their process.

What projects do you have coming up, and where do you hope your career takes you?
I just wrapped Fahrenheit 451, an HBO movie based off the Ray Bradbury novel. I am playing the wife, Milly, of the main character Guy Montag, who is played by Michael B. Vernon. I think it’s a super timely story right now. It’ll be out some time next year.

How do you think being from Evanston has influenced you personally and professionally?
It’s had a huge effect on my life. It’s such a special, diverse place, where you interact with so many different types of people in a way that, as I grew up and left Evanston, I realized was not typical. You grow up there and you think that’s what the world is like; and of course, it’s not. It shaped me into being an open and accepting person, seeing people for who they are. People who live in Evanston are all very intelligent and interesting and open-minded. I made a lot of bonds there, and still hang out with so many friends from ETHS. So many people are in New York now. A lot of them are in the arts. So many creative people come from Evanston.