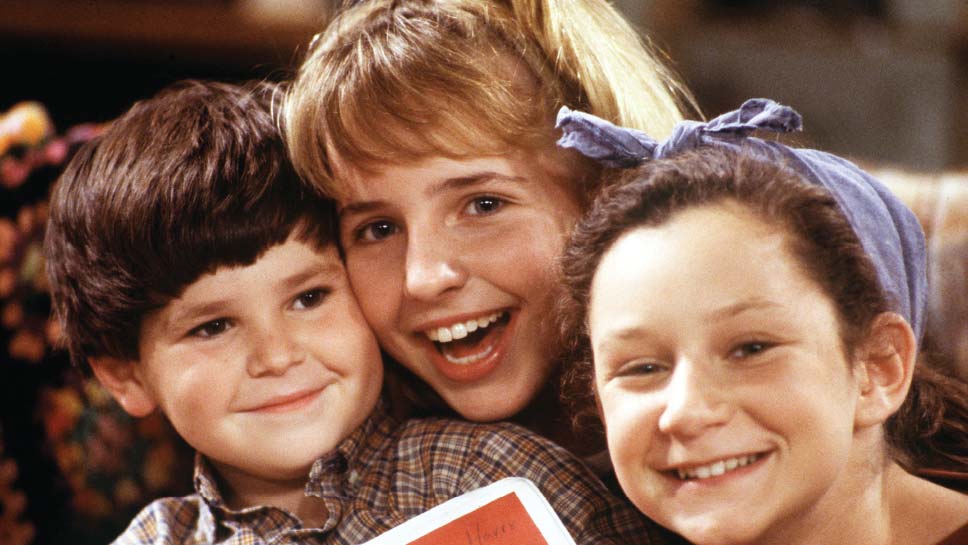 More than 20 years after Evanston native Lecy Goranson left the smash hit sitcom Roseanne, she’s being reunited with her TV family for a reboot on ABC. ABC PHOTO ARCHIVES

Lecy Goranson’s trip from Evanston middle schooler to TV star happened practically overnight. She’d been studying acting and improvisation at the Piven Theatre Workshop when a TV sitcom called Roseanne was searching for child actors from the Midwest. Goranson got a call back and flew out to L.A. accompanied by her mother. In the morning, she auditioned with the star and producer of the show, Roseanne Barr, for the part of her eldest daughter, Becky Conner.

By late afternoon, Goranson was auditioning for the television network and was promptly told she got the job.

“It was all in one day,” Goranson says. “I wasn’t nervous, because I didn’t think there were any stakes. I had this full life in Evanston. I was in the school play at Haven Middle School, I played soccer, I was dancing at June Willhite, I did girls club at the Y.”

She was 13 years old when the show first aired. It quickly became a phenomenon that ran for nine seasons, aired in syndicated reruns for years, and still serves as a late-’80s/early ‘90s pop culture television touchstone. 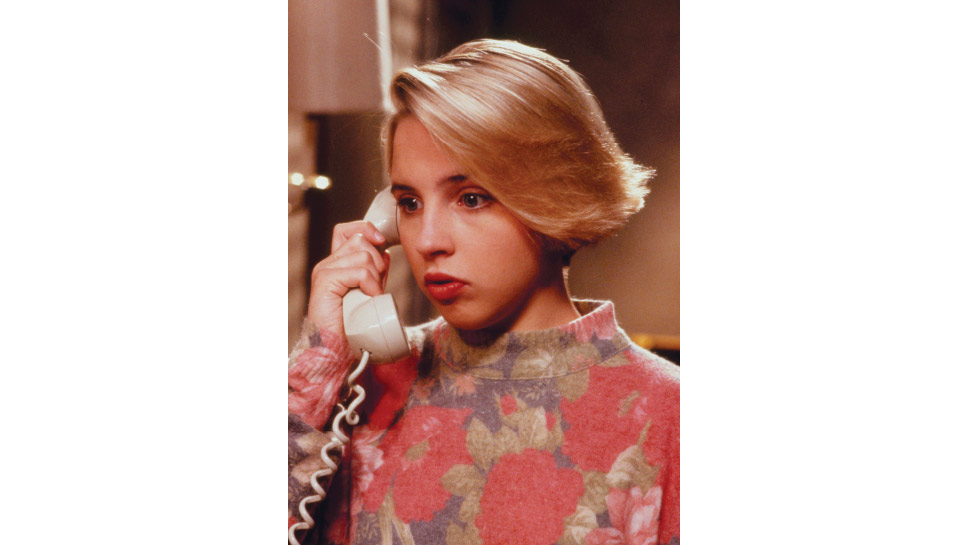 Lecy Goranson in “Terms of Estrangement,” which aired on September 15, 1992

Goranson’s character was the quintessential middle class mall girl, popular and headstrong, who constantly clashed with her wise-cracking mother and her deeply sarcastic younger sister Darlene, played by Sara Gilbert.

“In truth, I’m more like Darlene,” Goranson says. “Kind of a tomboy. But on the show, I was the one always in pink pants, with a scrunchy in her hair.”

Throughout that time, Goranson had two very different lives. In L.A., her entire world revolved around the show. She and her fellow young cast mates had an onset tutor to attend to their education while they were working the demanding hours of a popular television show.

“I didn’t know until later that high school is a time when everyone feels lonely, isolated, and confused,” Goranson says. “It was very complicated. There’s a social aspect, but there’s also resentment. Where I’m a 13-year-old and making more money than a crew member, it’s complicated. I saw the dark side of what people do for money, the kind of treatment that they tolerate. It was intense. It was a lot of information that I got about adulthood.” 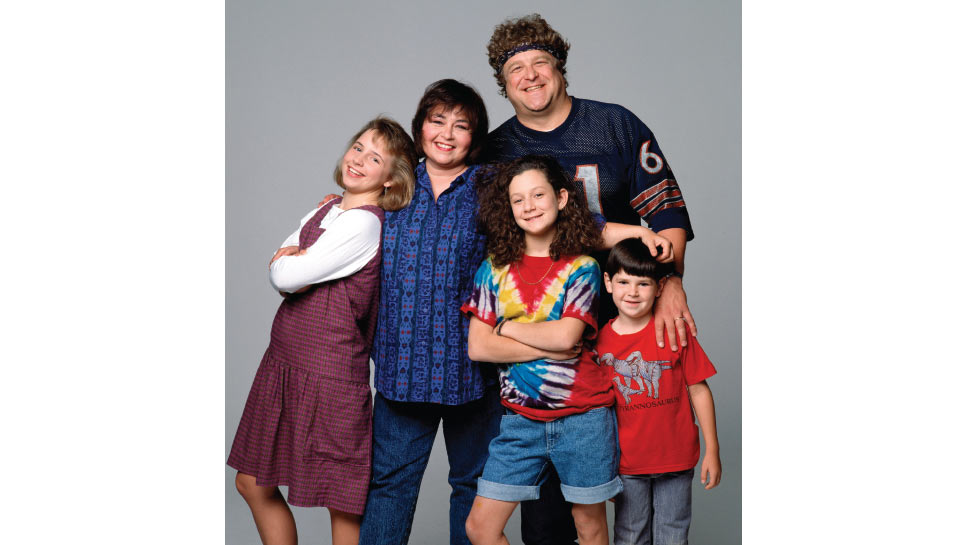 But every year, when the show wrapped in April, she’d spend a couple of months finishing the school year at Evanston Township High School (ETHS).

“It was like one of those nightmares where you’re trying to find your class and everybody knows what they’re doing but you,” Goranson says.

Despite that, she still loved school. She had a group of friends she was always excited to get back to and she knew members of the faculty very well as her mother was an English teacher at ETHS.

She was so interested in the school experience, that when it came time for her to go to college, after four seasons of Roseanne, she chose to go to Vassar rather than stay a series regular on the show.

“It was that first moment in life where I had to make a decision like that,” Goranson says. “I thought, ‘I’m done with this.’ I think if they had negotiated it a different way, I might have come back more. But I think since no one ever quit the show, it burned some people. That was absolutely not my intention. It wasn’t to burn anyone. It was basically to save my own soul and mind.”

A storyline was created where Becky eloped with her boyfriend and she only appeared four times throughout the fifth season.

The scheduling conflicts were difficult enough that it resulted in one of television’s most notorious character switcharoos. Goranson was replaced on the show by actress Sarah Chalke for seasons 6 and 7. She returned to play the character in season 8, for what was reportedly the final season, but once they were renewed for a ninth season, she left again and Chalke returned. 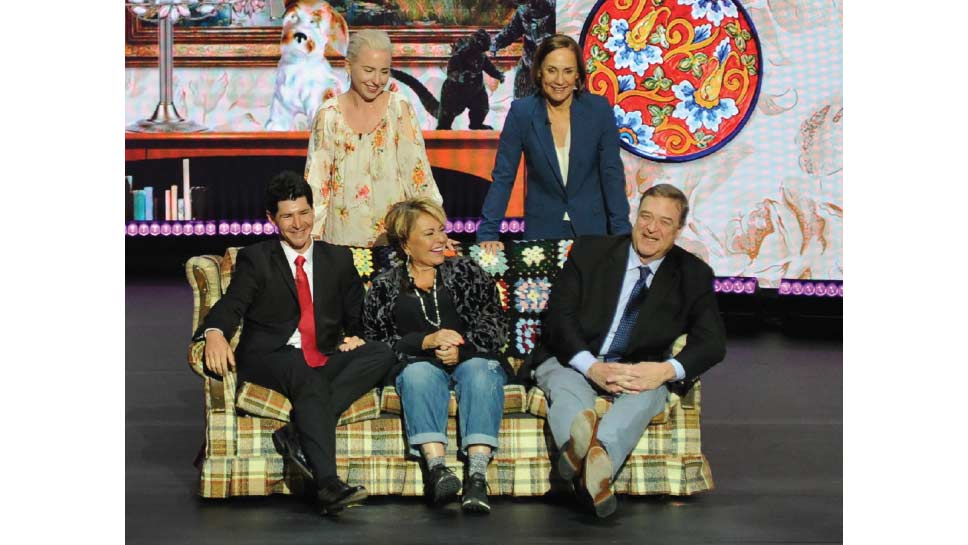 Lecy Goransen reunites with the original cast of Roseanne

The back and forth led to several jokes within the series, like everyone asking Becky where she’s been on Goranson’s first episode back even though the character hasn’t been missing.

Even recently, on an episode of Inside Amy Schumer in a sketch about sitcom comedy writing last year, Schumer is dragged out mid-scene and replaced by Chalke who’s suddenly replaced by Goranson.

Since graduating Vassar, Goranson has returned to the screen several times as episodic characters on shows like Sex in the City, Fringe, and Law and Order: Special Victims Unit. But she’s spent most of her acting time on the stage in New York.

Now an eight-episode Roseanne reboot is underway with the original cast intact. They begin shooting in October with Whitney Cummings, the creator of 2 Broke Girls, attached as showrunner. Gilbert, now one of the show’s producers as well as returning as Darlene, asked Goranson to write-up a quick synopsis of where she thought Becky might be these days. Goranson had another suggestion as well.

“I did suggest that Sarah Chalke comes back as a different character,” she says. “And that is happening. I thought it would be rewarding for the audience to see us together. People always pit us against each other. But there’s no animosity at all. Apart from a couple events, we were never around each other until we did Amy Schumer. We went out to dinner and had a great time.”

For Goranson, the reboot is more than a return to her sitcom roots. It’s a chance to revisit what was such a unique and formative experience outside of a teen-aged headspace.

“The thing I’m the most excited about is being around that caliber of talent,” she says. “Fortunately, I’ve had that since Roseanne, but also to apply my theatrical experience to the show and really celebrate something that was so difficult and stressful for me at a young age. And to be able to handle it with more grace.”