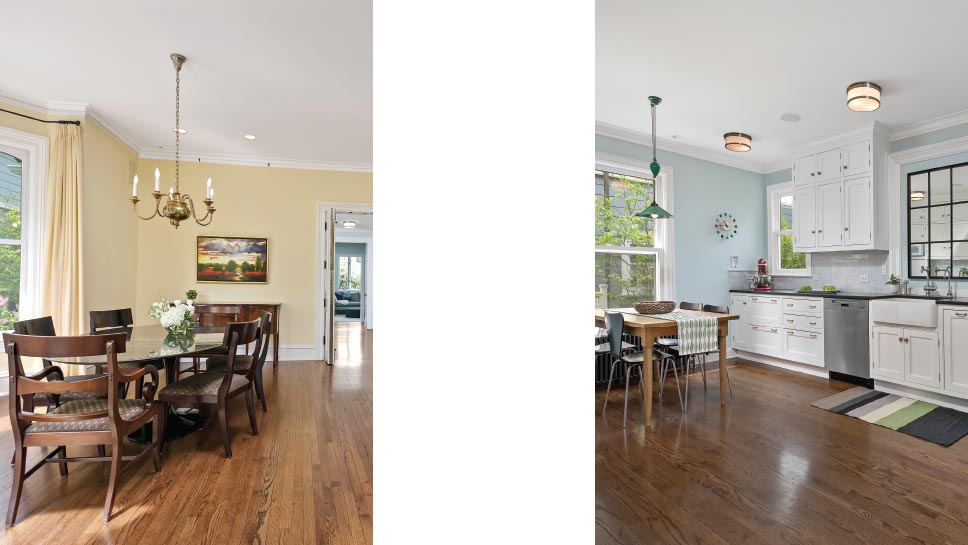 An 1870 Victorian has been home to many families over more than a century, thanks to owners who pass it from generation to generation with loving care.

Seen superficially, architecture is management science for inanimate objects. But some walls that separate the outside from the secure inside are more profound than just orderly management.

A house at 1218 Forest Avenue in Evanston, which recently went on the market for $1,695,000, is one of those structures that transcend science and easy definition

It is, first and primarily, a grand home that has served families ever since famed North Shore architect and philanthropist Luther Greenleaf built it in 1870. Technically the residence is a Victorian, though the builder’s original vaulted windows and grand sweeping porch so closely follow its design lineage that North Shore architecture devotees call it a Greenleaf Cottage.

The 4,450-square-foot home sits on a park-like 80 by 215-foot oversized lot and has been masterfully restored to its original historical integrity by the couple that has owned it for more than a decade.

This is a 19th Century domestic palace reimagined in 21st Century finery. As such, the soul of Greenleaf’s home was untouched.

“We have done a fairly thorough interior renovation, including the bathrooms and a complete remodeled kitchen,” says the wife. “The previous owners from the 1970s did a lot of renovation and then when we came in 2006, we went through the house and replaced the doors, hardware, floors and windows.”

The couple worked with architect Katherine Quinn to replace all original built-ins and cabinets by creating replacements based on the original wood templates. They used the same process to repair and replace the moldings throughout the house.

That concept became the pattern for redesigning the “new” old house.

“When we redid the dining room,” the owner adds, “the diamond glass doors on the cabinets had become bowed so we took all the original glass out and had a glassmaker remake all of them. We tried to pay careful attention to the historical house by keeping windows consistent. We did all the basics too. It was time for a new roof, all electrical, and plumbing. But we kept the basic aspect of the floor plan.”

The final effect energizes an open, natural flow of family life with sun-dappled gardens and unimpeded air flow that breezes though both main floors. 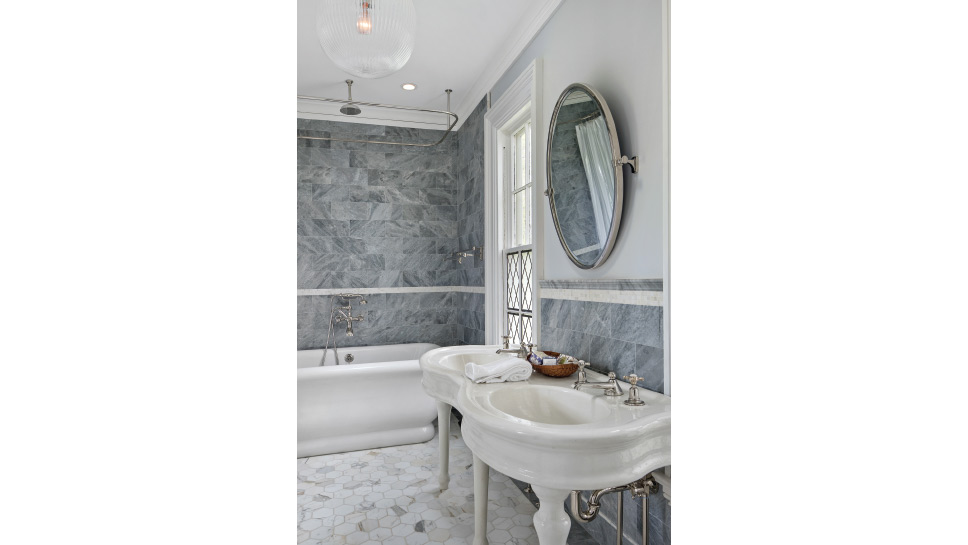 But the hidden jewel is the redesigned and repurposed separate coach house, a 27×27 living space over the garage. Designed by Morgante Wilson, the extra space is play house, visitors quarters, bedroom, kitchen, and general refuge from the world.

“We wanted a space where someone could live for a while if we wanted it,” the wife explains.

As is often the case with historic homes, the current homeowners are not the first to offer the home deep devotion. In one case, children of owners who lived there in the 1940s stopped to see the home where they had grown up. A physician once lived there and treated patients.

The wood fireplace warms the high-ceiling formal dining room, but the massive kitchen and family room reflect an intimate hideaway where people curl up to relax. 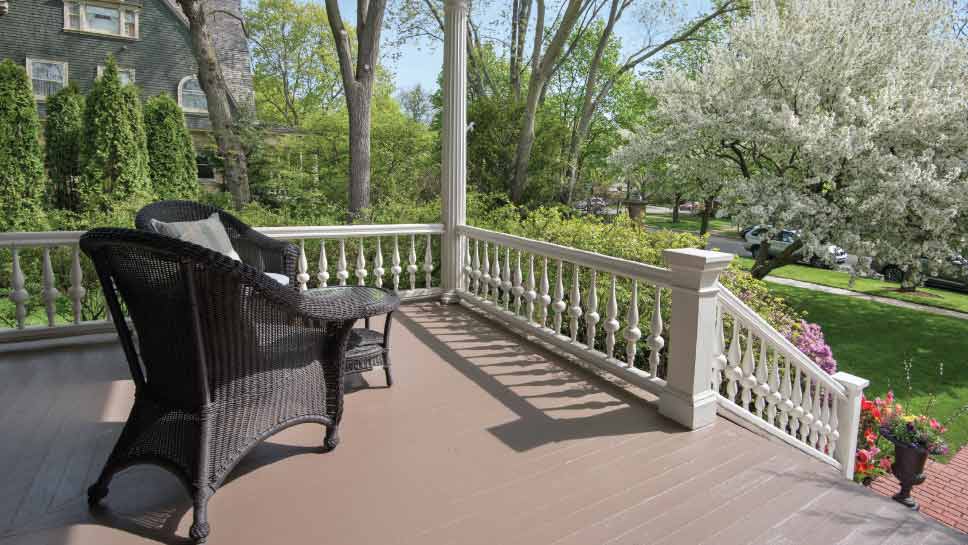 The owner admits to some wistfulness about life taking her family elsewhere.

“Yes, we have loved this house,” the wife says. “When we first moved from Chicago we were looking for a place where we would not have to give up what we loved about living in the city. But we needed more greenery and a big backyard. We have felt special about it from the beginning. But we have helped make this home a place the next family will love, too.”

For more information about 1218 Forest Avenue, contact Sally Mabadi at 847-814-2943 or visit themabadigroup.com.