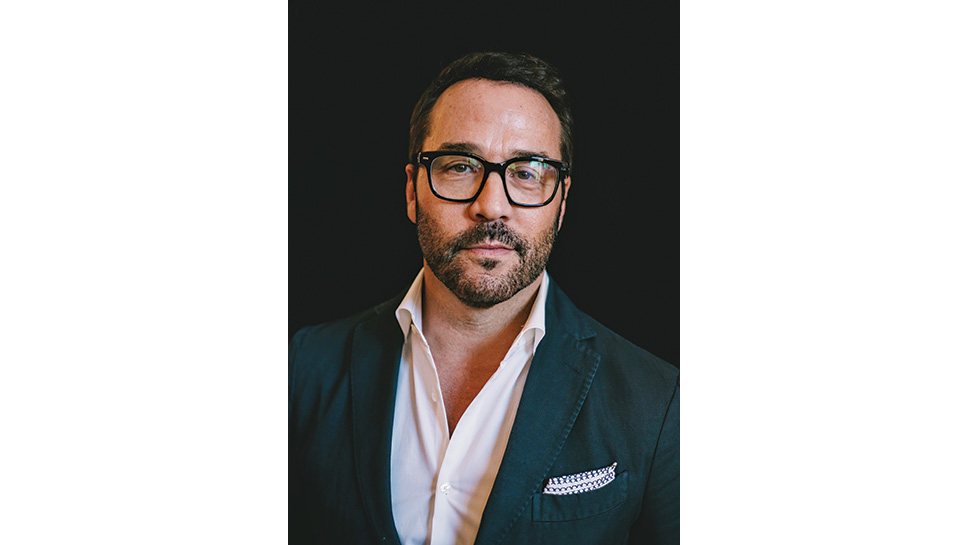 Piven Theatre Workshop scion Jeremy Piven, best known for his memorable turns as Ari Gold in Entourage and as the lead in Mr. Selfridge on PBS, looks back at the many adventures (and misadventures) in Evanston that helped shape his life and career.

With the 45th anniversary of the Piven Theatre Workshop upon us, we took the opportunity to sit down with one of its most famous alumnus. Here is what Jeremy Piven had to say about his family and the theater workshop and training center that defined him.

As we approach the big anniversary, what do you see as of Piven Theatre Workshop’s greatest achievements?

I think its greatest achievement is that you can’t point to any single achievement and say it (towers above) the rest. Everyone who goes through the work learns something about themselves and feels empowered by it. When you do it right, you find yourself in a state of play, which is where you should be when you work and where we should all try to get to as human beings. Not everyone who went through the work is an actor. My parents didn’t necessarily teach the work specifically for
people to become actors. If it happened—great. But the goal was always for people to get a sense of themselves—to find their voice—and gain some confidence. It was a way for people to access their innate creativity.

How often do you get back to Evanston and what do you do when you come home?

Actually, I was in Evanston pretty much all of last summer. My mother had a little bit of a health scare, so I spent a lot of time with her. I can tell you about every inch of Evanston Hospital. They were certainly great people, and took very good care of us. But that’s the way people are in Evanston. I was a South Evanston guy. We lived at South Boulevard and Judson, just a few feet from the Chicago border. We were literally 12 car lengths away from Chicago. So sometimes I’d tell people, “Well, I’m actually from Chicago.” And then someone would say, “Don’t lie about where you’re from. You’re from Evanston.” And then I’d say, “You’re right. I am from Evanston.” And you know what? I’m proud to be from Evanston.

Why are you proud of being from Evanston?

Evanston was—and continues to be—a truly integrated place, and the high school reflects that diversity. You know, I was one of the few white kids on the football team. And that was pretty incredible to experience because I think it helped shape who I am today. We’re living in strange times right now, where you see different types of racism. In high school, our homecoming king was black, and our homecoming queen was white. I didn’t know any other way. And so to experience all that—to be around all different types of people and to have the ability to gravitate towards people because of how you interact with them and your feelings about them—was a real gift.

Your mom says that you were very serious about football, so much so that she made a deal with you in high school: football in the fall if you return to the workshop in the spring.

I loved football growing up, so by the time I got to high school, I wanted to continue playing. That being said, I think one of the greatest things that can happen to a kid who is navigating childhood is to experience disappointment. I did not become the football player that I thought I was going to be. And that type of disappointment is, I think, so healthy. It can be really inspiring to not get everything you want. Not achieving greatness from the jump really fueled me. I still had the theater. And when I was up on stage, we were all having an incredible time and people were coming and having a great time with us. It was all I knew, and it wasn’t really until I got to college and continued studying acting that I realized how lucky I had been. My mom was incredibly patient with me. I was lucky to be able to experience two worlds that rarely come together. I wish more people could have that experience.

You mentioned the impact of your mom in your life. What about your father? What lessons did you learn, either about acting or life, from him?

Well, I think I learned a lot by example, by just watching the way they both lived their lives. No matter who came up to my father, no matter who the person was, he always had time for them. Even when I run into people today, they always say, “Oh
yeah, I had some incredible times with your father.” You could really get a sense of him, even if you just ran into him once. He was always generous with his time, which I think is a really incredible trait to have. He really cared. Upon learning he had cancer, the next thing my father did was go teach his Monday class. There was no stopping either one of them.

Being in a family so immersed in the arts must have been a unique experience. Any funny stories?

My mom hates it when I refer to this, but I might as well tell you. When I was growing up, we lived at the Evanston Inn, which was a retirement home. So as a child, I just assumed everyone in the world had walkers and neck braces. My parents were stage actors. They literally had no money, so the place we could live the cheapest was the inn. It was a great way to get by, and besides we were living on the stage. I once came home to watch cartoons one day and saw that we had no furniture. It was all gone, and I thought we had been robbed, so I ran to see my parents and told them we’d been robbed. They told me they had used the furniture for their Chekhov production. So our furniture was literally on the stage.

This year’s season at the Piven Theatre highlights the achievements of women and the importance of embracing female voices and perspectives. Besides your mother, who have been some of the influential female voices in your life?

I just met with this woman, Mary Parent, who runs something called Legendary Pictures out here (in California). She’s a woman in an incredible place of power. But just by sitting with her, I could sense her clarity and insight. I think we need more people like that in positions of power. But I remember all the women that I came into contact with along the way, including the art teachers back in the day at Lincoln School. Even someone like my dear childhood friend Anna Shapiro, who I’m so proud of. She’s become this incredibly brilliant and prolific director—someone who was running Northwestern’s theater department and is now running Steppenwolf. She was also the first person to say no to me. I had a big crush on her in sixth grade and I sort of asked her to go with me and she said no. My first major rejection was Anna. I’m very proud of that now. I wear it like a badge.

Can you share your thoughts as to the impact the Piven workshop has made on Evanston over these many years?

There are so many stories of people who went on to become actors and even people who are handicapped who went to a class and felt empowered by it—people who were given a space where they could play and find their voice. My parents not only didn’t discriminate against anyone, they would give out a scholarship to anyone who needed one. No one was turned away. Think about their Off The Street program, where inner-city kids are brought in to come study with them. How would those kids have had a chance to act or have any (idea) that it was even an option for them? That’s a really cool program. I think it’s very easy to write it off and say, “Oh they’re just doing their little thespian thing.” But it’s so much more to people. Everyone, no matter what they do, always remembers that little
dance that they had with their own creativity.

What are your plans for the future? Where should we look for you moving forward?

I was just lucky enough to star opposite Jamie Foxx in a movie called All-Star Weekend. It’s a big comedy, a road comedy. That guy is so ridiculously talented. Jamie wrote and directed it. And he had so much faith in his fellow players. He gave us a ton of freedom. It was incredibly liberating. It was best time I’ve ever had on set.

Do you have any dream roles that you’re just itching to play?

There are so many that I wouldn’t even know where to begin. But there is something that my sister and I are working on together. I can’t say too much about it because it’s one of those things were I guess I am somewhat superstitious about it, although I won’t ever admit to being superstitious. But she’s going to direct it. It’s an Arthur Miller piece that my mother found, so I’m working on it with my sister. It’s so great because there’s nothing better than working with family.