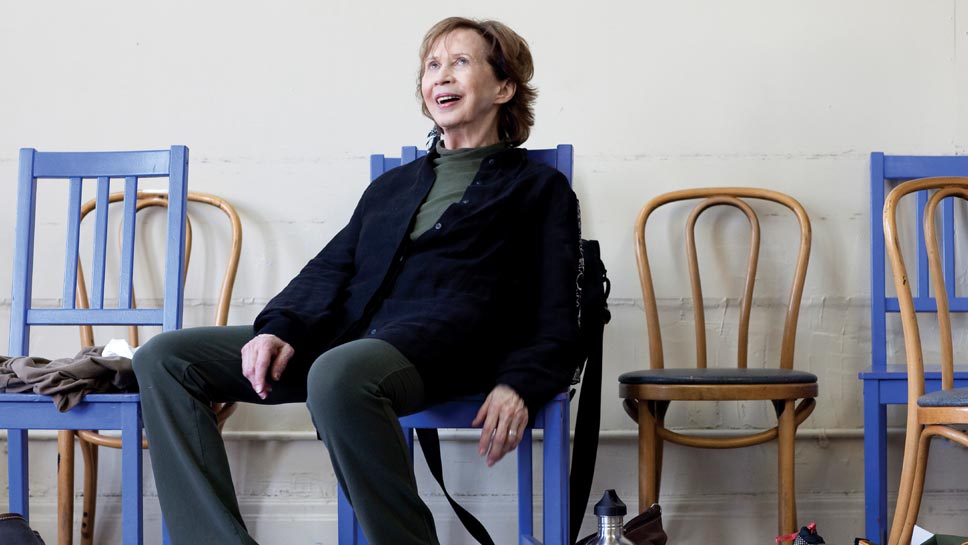 When Piven Theatre Workshop celebrates its 45th anniversary this May, its leading lady, Joyce Piven, will finally get the standing ovation she deserves.

For the last 45 years, Joyce Piven has done an extraordinarily artful job of insisting that she’s no leading lady. Whenever pressed to discuss her life’s work, the Piven Theatre Workshop in Evanston, she’s always managed to tiptoe her way just outside the spotlight, portraying herself as a mere supporting player in a production blessed with far-more marque names.

Lavishing praise on her late husband, Byrne Piven, was fine. As was any discussion of the “genius” of the plays she mounted or the importance of using theater games to train actors. Gushing about her two children, Shira and Jeremy, as well as the legion of actors and writers who used the Piven workshop as a launching pad into stardom was acceptable as well.

But on May 6, during the Piven Theatre Workshop’s 45th Anniversary Gala, she faces a reckoning of sorts, when for the first time she will be the principle honoree of the event. “I feel ambivalent about being honored,” she says, “But at least it will allow me to talk about what this is all about: the work.”

The story of Joyce Piven’s “work” stretches back to the early 1950s, when she and a spirited band of troublesome University of Chicago students started batting around the idea of opening up the first off-Loop theater company in Chicago. Being young and inexperienced, their ideas somehow translated into action. And in 1953, atop a former Chinese restaurant at 1560 N. La Salle Avenue, the Playwrights Theatre Club was born. 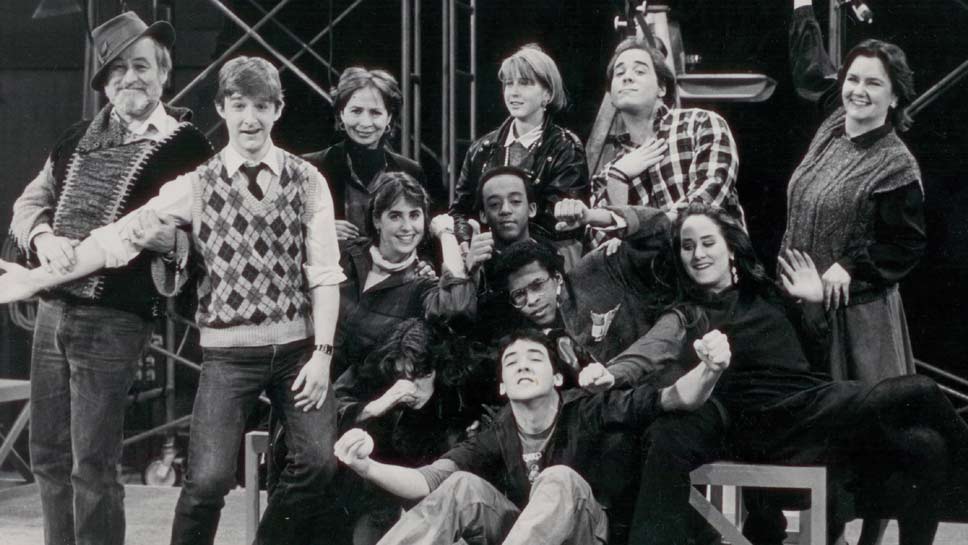 The fact that this little theatre troop included the likes of Mike Nichols (future Oscar-winning director), Ed Asner (future Emmy-winning actor) and Paul Sills (future founder of The Second City) helped immensely. But soon the focus of young Joyce’s attention began to drift, one stolen glance after another, to a suave, charismatic actor named Byrne Piven.

One evening, while she was preparing to take the stage, Piven volunteered to the help her apply her makeup. “I felt in that moment,” she recalls, “like he was sculpting me.” Shortly after she emerged from that fateful cloud of rouge and face powder, Joyce Hiller became Joyce Piven.

After a few nomadic years spent in New York and Houston, the couple returned to the Chicago area and settled in Evanston, where Northwestern students had petitioned to get Byrne on the faculty. But in their new home, old desires held sway, especially an eagerness to build a workshop that blended the “all-are-welcome” spirit of community theater with the lofty ambitions of a cosmopolitan playhouse.

In 1971, the Pivens opened their first iteration of that idea at the Evanston Art Center before relocating to the Noyes Cultural Arts Center a few years later.

Inside those venues, the Pivens were committed to liberating themselves from the rigid boundaries often ascribed in acting classes. They were both ardent believers in the theater games created by Viola Spolin, the Chicago-born acting teacher who’d developed exercises designed to generate honest yet spontaneous moments. 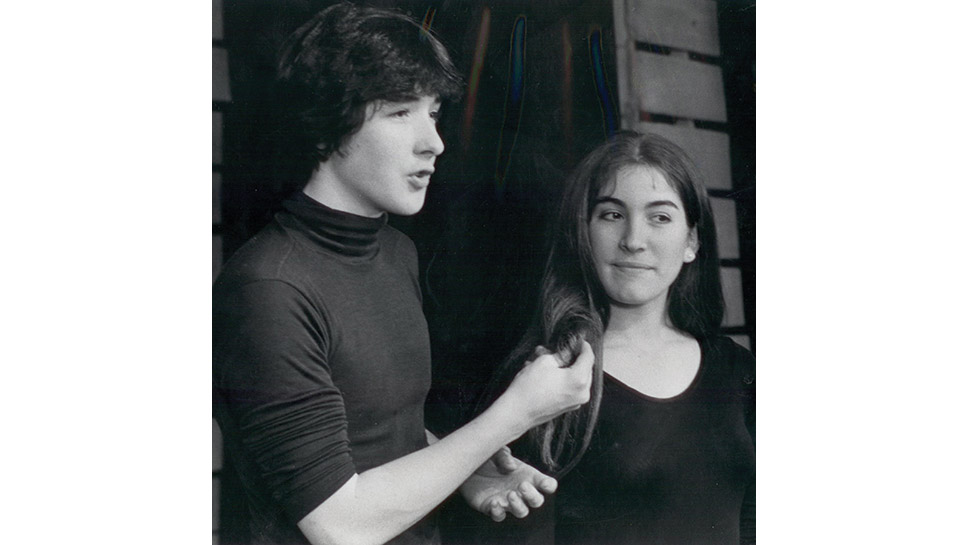 Within the Piven workshop, the term “exercises” could, at times, be taken in the most literal of ways. They were often physical, action-packed exercise. Actors might be asked to play a game like “give and take,” in which they would generate some kind of sound—perhaps gibberish, perhaps words, perhaps random guttural buzzings—and then physically move across the stage guided by those sounds until they were taken or given to another actor. Other days, students might be asked to read lines from a book—one day Chekhov, the next a fairy tale—and then adapt the text into dialogue and action, seeking what Joyce Piven calls the “center of truth” of each work. 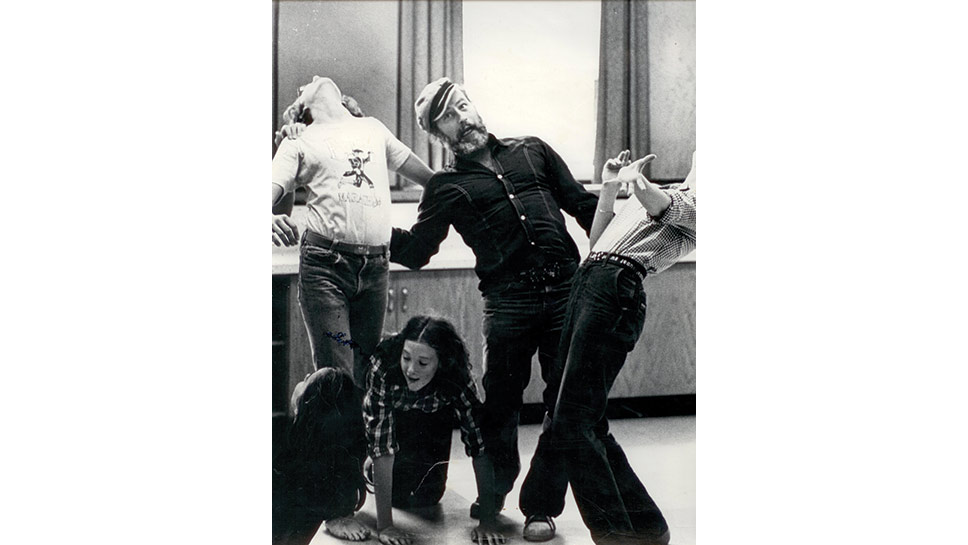 Because of the nature of these games and the workshop’s openness to flights of whimsy and imagination, the theater was as welcoming to third-graders as adults. And thus the influence of the Piven Workshop Theatre permeated the artistic community in Evanston with unusual swiftness.

Throughout the 1980s and 1990s, the percentage of Piven students who found their way to Hollywood was high enough to make even Juilliard envious. What was rarer to find, however, was a student committed to teaching. One day, in the 1990s, the Pivens were watching a young student named Jennifer Green aid her fellow actors in getting the most out of the couple’s theatrical games. In that moment, Byrne turned to Joyce and said, “That’s the future artistic director of this theater.”

Joyce Piven held Green in equal esteem, but when her husband, Byrne, unexpectedly passed away in 2001, it was Joyce who felt impelled to lead the charge to save the theater. “I felt like I was shot out of a cannon,” says Piven, “And I don’t feel like I landed, actually hit the ground, until five or six years later.”

With Green by her side, Joyce Piven helped stabilize the workshop’s finances. Old friends came by to help with fundraising efforts, but it was Piven who worked tirelessly to maintain the quality of the workshops. “Some people just look at these theater games like they’re recipes, but that’s not the right approach. You have to extr 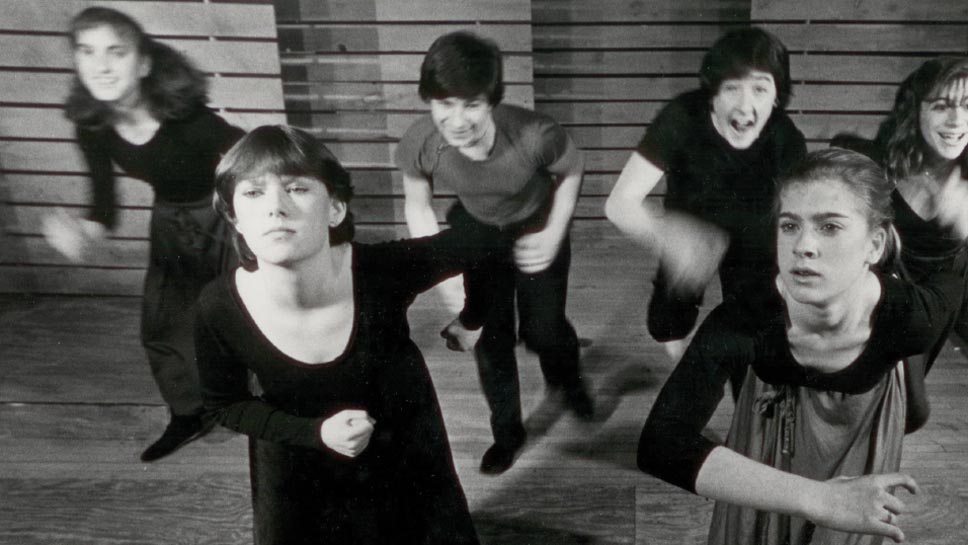 act out the principles and keep them alive by letting them evolve and grow.”

In 2006, she formally handed over the reigns to Jennifer Green and later worked on preserving the essence of the workshop’s guiding principles in a book, In the Studio With Joyce Piven, in 2012. Since Joyce gave up her formal title, the Piven Theatre Workshop has maintained the quality of its productions while expanding its repertoire of classes by launching the Piven Improv Ensemble in 2015. 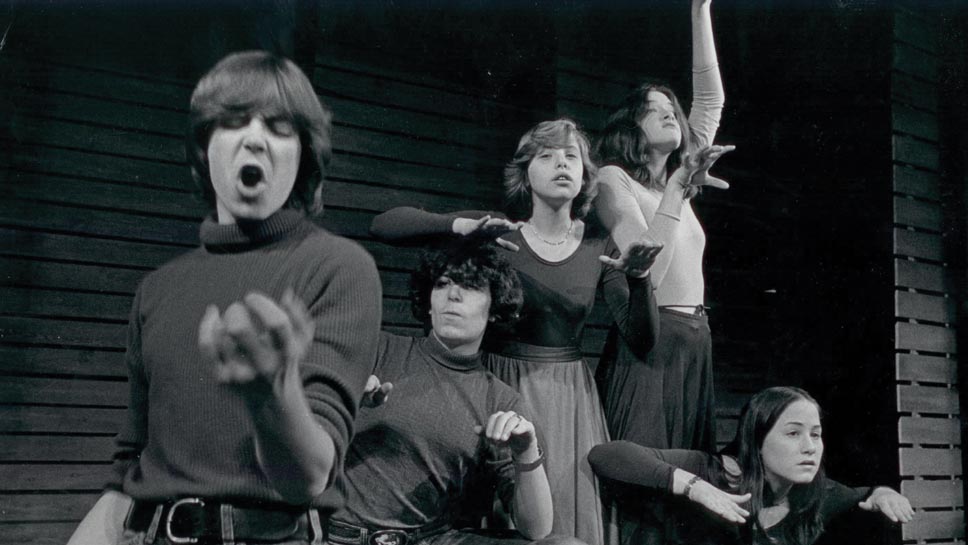 All that remains now is Joyce Piven’s long-overdue close-up during the theater’s 45th anniversary gala. “The truth is, when we’ve all, metaphorically speaking, played ‘give and take,’” she says, “everyone who has come out of the workshop is as much a part of the fabric of this place as I am.”

Come May 6, Joyce Piven will likely deliver a similar speech, surrounded by a room full of her fellow pupils and collaborators. They will all certainly applaud, not only in support of her beliefs but because their beloved teacher will finally be standing— where she belongs—in the center of the stage.

Piven Theatre Workshop’s 45th Anniversary Gala, “Once Upon a Stage,” will be held on May 6. Famous alumni and celebrated guests who have RSVP’d for the event include Ed Asner, Ann Cusack, Adam McKay, Jeremy Piven, Shira Piven, Aidan Quinn and Lili Taylor. Tickets start at $500. For details, visit piventheatre.org.