Northwestern University alumnus and Evanston resident John N. Frank spent nearly 40 years as a business journalist, with the dream of someday becoming a playwright. However, when his life was temporarily derailed by heart surgery, he was motivated to make that someday now and plunged right in. Nearly five years and three plays later, the nonprofit 2nd Act Players was born. Save the date for the group’s One-Act Play Festival running two weekends March 11-26 at Northminster Presbyterian Church in Evanston. 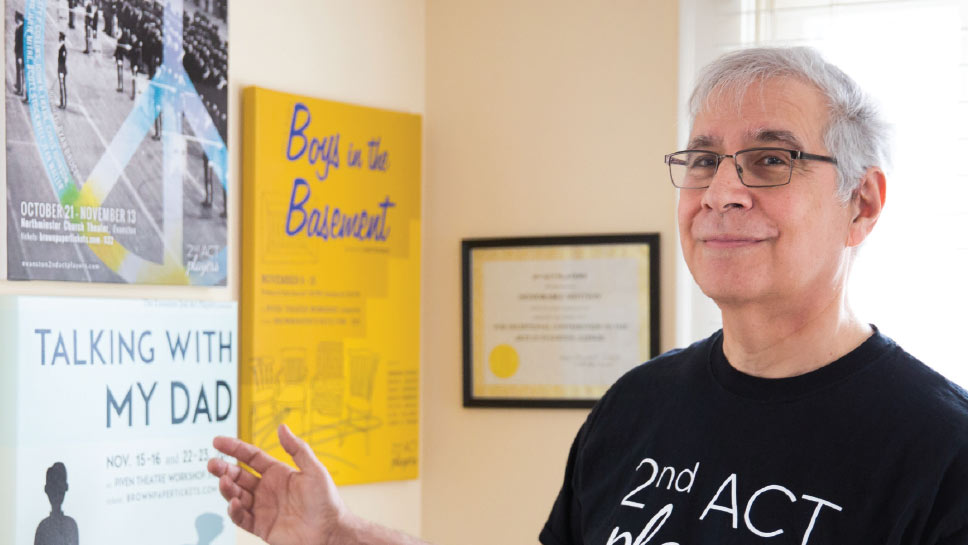 I was just in New York, so I downloaded the TKTS app to buy discount tickets for Broadway shows. Also recently downloaded the Ventra app so my days of paper tickets on Metra are over. I use the Facebook app constantly along with Google maps and three different parking apps to find cheap parking spaces when I’m in Chicago.

Books I’ve started but can’t seem to finish include Five Points, about a notorious neighborhood in 1880s New York; The Jesuit Guide to (Almost) Everything which I thought would be funny but is actually a very spiritual to me that requires a lot of reflection; and a book a friend gave me who knows I love military history called Marshall and His Generals. Also, a little metal turtle called Robert that my mother bought me when I was a small child.

My go-to playlist includes everything from Al Jolson to Adele and opera to Bollywood, but my favorite would be anything by Simon & Garfunkel.