Some things are hard to put into words. But there is something about this house on Sheridan Place, a certain je ne sais quoi, that has as much to do with its stylish owners as its pedigree.

Designed in 1926 by architects Hooper and Janusch in the French Manor style, the gracious 19-room home was intentionally built to be a bit softer, more romantic, than its Tudor counterparts in the northeast Evanston neighborhood. 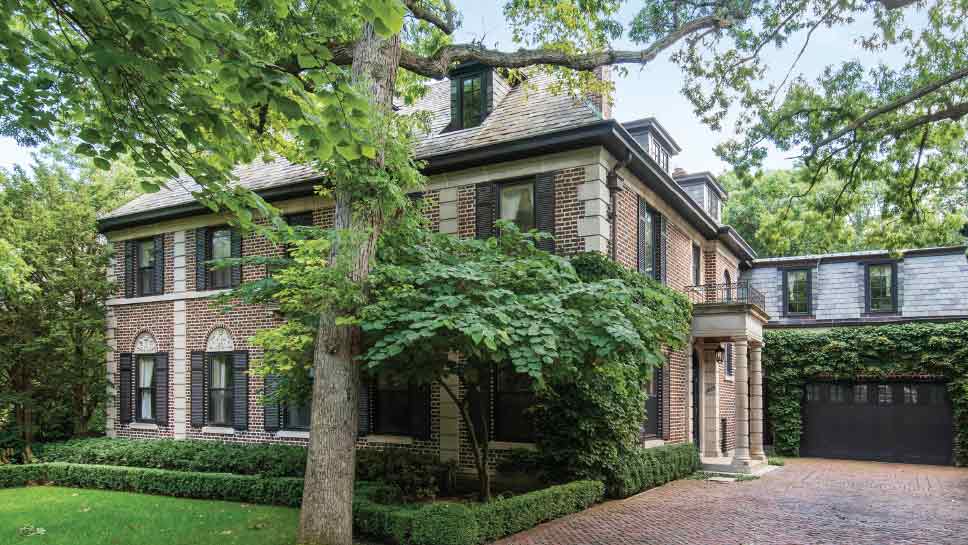 A landmark home on Sheridan Place exudes a certain flair not common in historic Evanston properties.

“It’s a beautiful French house and there aren’t a lot of French houses in Evanston,” says the homeowner, who recently put the half-acre property on the market. “There are a lot of English houses, which were popular when Evanston was being developed, but this one happens to be French.”

The homeowner, who has cultivated an appreciation for architecture and design, has lived in other historic homes in the past—including a property designed by the much-acclaimed Tallmadge and Watson.

“All I can say is that this property has a different feeling from an English house,” he adds. “It’s more romantic, more formal, and the architecture really spoke to me.”

With elaborately detailed French marquetry in the floors and floral flourishes throughout, the house has been home to several well-known families over the years.

The current homeowner, who purchased the home from J.B. and M.K. Pritzker nine years ago, says it had been renovated so beautifully that all he had to do was add his own personal decorating choices. One of his favorite pieces is an 18th century pool table that he purchased from an antique shop in Louisiana.

“That’s a French pool table that I bought in New Orleans. It’s about 250 years old and it just fits really well into the house because it has all the marquetry in it. The foyer has the marquetry and I love that it’s this French skill from hundreds of years ago where they would carve different woods into the wood.”

The six-bedroom, seven bath home has other romantic elements as well, from floral wallpaper to a border that pays homage to the great poets in the library. Vintage architectural features have been preserved while being enhanced with the highest quality modern updates.

“I kept a lot of the stuff the Pritzkers had in here because it was beautiful,” the homeowner says. “But I did make some additional improvements. One thing I did was lift up the old driveway and heated it. I also updated the heating and air conditioning but in general, the house was in fabulous shape when I bought it.”

The home features five fireplaces, a grand master suite with double master bathrooms and dressing rooms, and a finished lower level with a theater and two offices. A DiGuilio chef’s kitchen offers top-of-the-line appliances including a Sub-Zero glass-front refrigerator, Miele dishwasher, and a Thermador cooktop with warming drawers and double ovens. The gourmet cooking space opens to a breakfast room with cathedral ceilings and a large family room that overlooks a private bluestone patio.

Another attractive feature that the current homeowner maximized was the existence of two dining rooms. One is perfect for his French pool table and the other was elegantly appointed with a custom dining room table and chairs.

“We had a new table built to look like a French antique table,” he explains. “But other pieces we bought are from the period around the time the house was built. There is a hall tree with a mirror and a coat stand we have in the foyer that is Art Nouveau, which was a rare style of furniture before Art Deco that was more floral and nature-oriented.”

The home’s current decor also includes an eclectic mix of Japanese pieces and other selections that are complementary to its French architectural origins without matching too predictably.

“Just because it’s a French house doesn’t mean everything in it has to be French,” says the homeowner, explaining that with most of his kids off to college, it’s time to sell the home and pass it on to the next owners. “This has been a wonderful place to live and we have enjoyed it. The architectural style and history make it one of a kind.”

And one of a kind it is, even if you can’t quite put it into words. 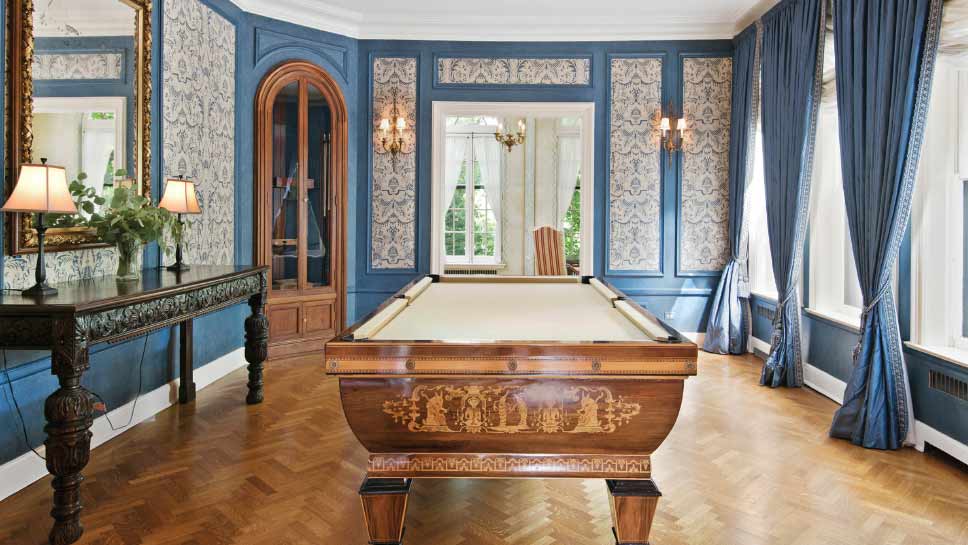 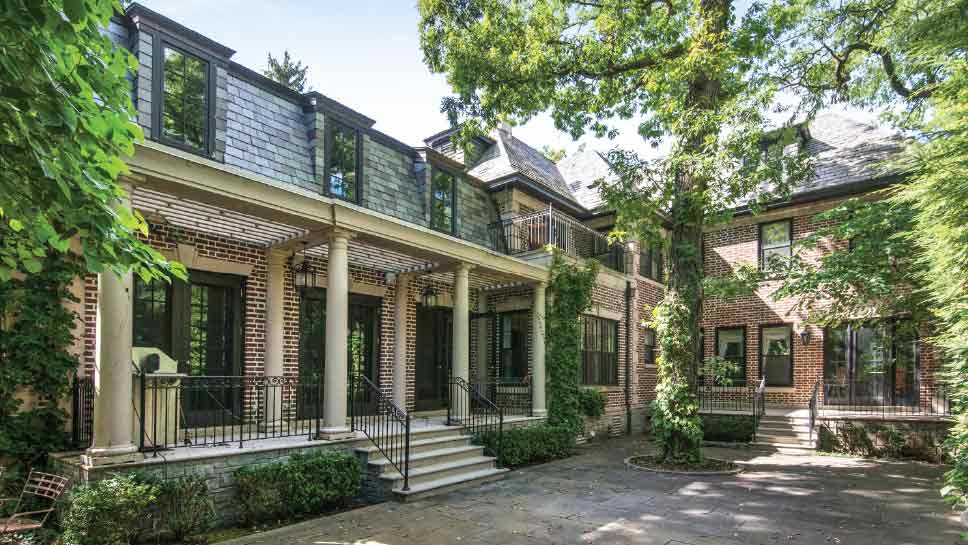