As a resident of Evanston, PJ Powers loves the extreme diversity that he finds in his local neighborhood. Powers has applied this same eclectic nature to his work as the artistic director of TimeLine Theatre Company. Celebrating its 20th anniversary, TimeLine has inventively used history as a starting point to explore contemporary issues. Here, Powers reflects on the company’s upcoming productions and how the success of Hamilton has made TimeLine’s longstanding mission even more viable.

Evanston Magazine: Your final shows of this season are truly exciting, PJ.

PJ Powers: A Disappearing Number, ironically, we’ve wanted to do for about seven years now. It’s a really astonishing piece that was created by a European company called Complicité. Complicité often tours their productions, nationally. They did tour A Disappearing Number in the U.S. about seven years ago. We started pursuing the rights to do it then, but Complicité wasn’t sure if they would be touring it further. But we stayed on the trail. Graciously, they’re now letting us do our own production. It’s been a long journey to be able to finally bring this show to our stage. 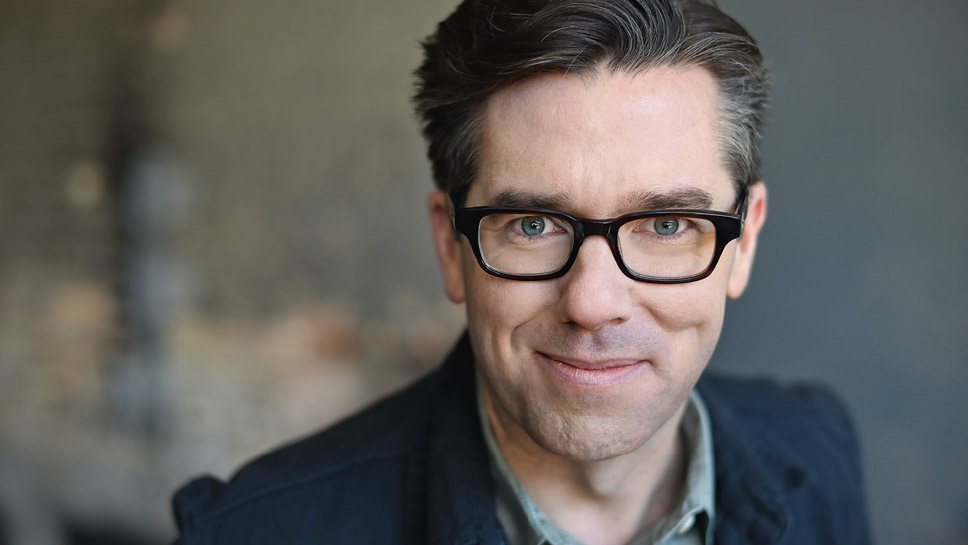 PJ Powers and TimeLine Theatre use
history to examine the present day.

Paradise Blue sounds amazing, too, with a focus on Detroit and the jazz era.

The playwright, Dominique Morisseau, is one of the most astonishing rising voices in our country in the American theater. Paradise Blue not only looks at the jazz era in Detroit, but also deals with gentrification and what urban planning is. It deals with how history can be erased and how a neighborhood that has character and has impact on a city can really be wiped out. I grew up in the Detroit area, and I’m ashamed to say that I had little or no knowledge of this neighborhood. It was known as Paradise Alley or Black Bottom. Part of the reason that I had no knowledge is, essentially, that it was wiped off the map in the early ‘50s. Today, a freeway runs through that neighborhood and the professional sports teams now reside there. It’s a cautionary tale. It does what TimeLine is all about. It uses history as a lens to focus on contemporary issues and to start a dialogue about them.

It’s an amazing mission statement. It’s specific, but allows for a lot of exploration.

I’m embarrassed to admit this, but I was an initial naysayer 20 years ago. My dear friend and colleague Nick Bowling, who is TimeLine’s associate artistic director now, was really the driving force behind our launching of the company in 1997. He was the one who put forth the idea of having a mission centered on history. I wondered if it was too limiting for us. It ignited a debate. It’s a debate that still rages on today. We’re theater people, but we have a curiosity to learn and a curiosity to contextualize stories. We find that history provides a great road map for the stories that we want to tell. We use it as a launching pad for igniting conversations. It took almost 19 years, but, luckily, it’s the sexiest mission around right now thanks to Hamilton and the brilliance of Lin-Manuel Miranda. We are happy to salute him for igniting that curiosity. That’s what we’ve been trying to do for 20 years and it’s exciting to see that resonating with people.

To learn more about TimeLine Theatre Company and its upcoming season, visit timelinetheatre.com.